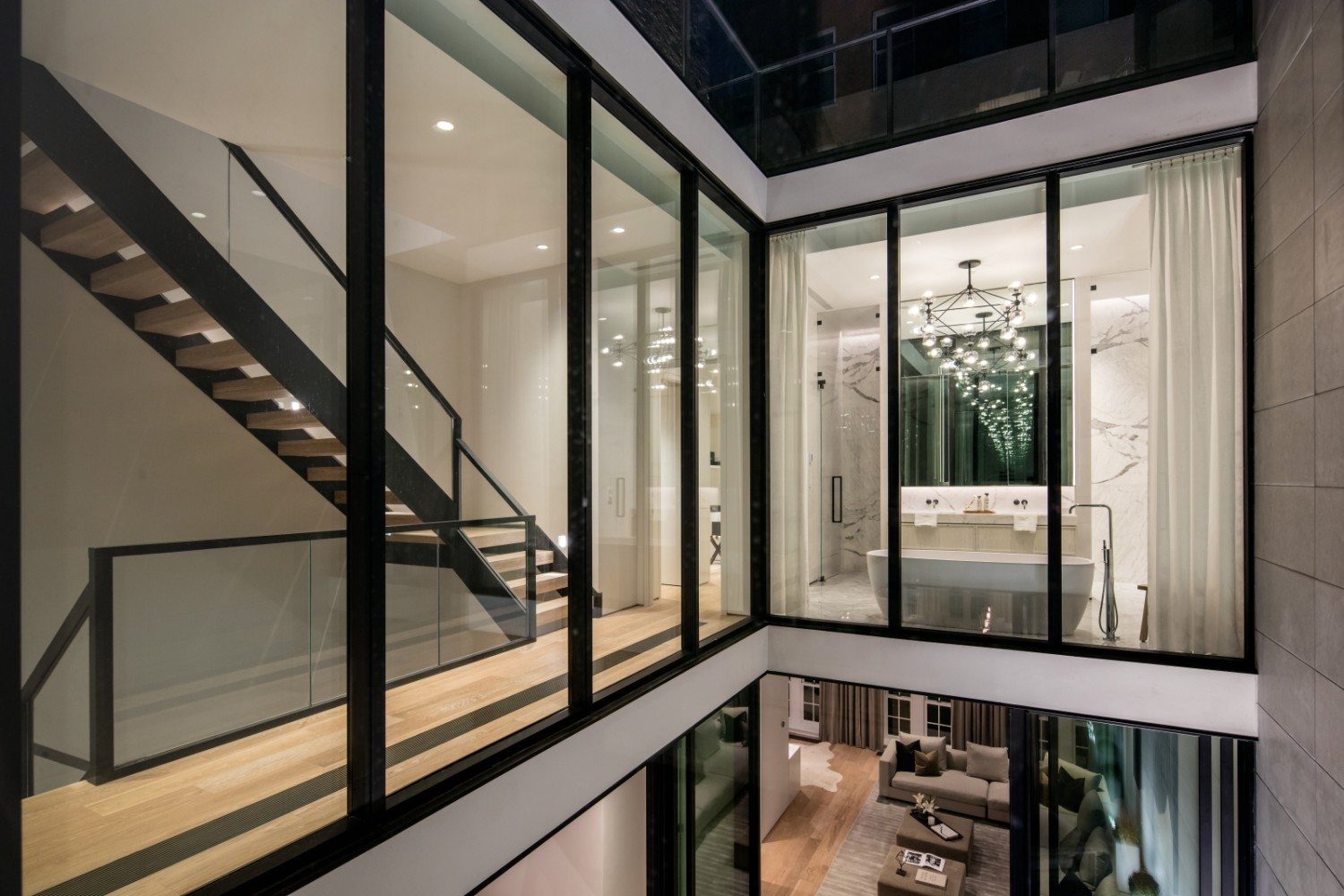 Michael Kirchmann is the founder and CEO of GDSNY, an international real estate development, architecture, and design firm. Headquartered in New York, GDSNY is unique in not only developing properties, but also providing architectural design and art expertise. Prior to founding GDSNY, Michael worked at top firm Skidmore, Owings & Merrill for over a decade. His credits include projects for the Four Seasons, Park Hotel, Arcapita, Oracle, and JP Morgan.

27 Mercer is one of Michael’s newest projects. The building was first built in 1867 by Ritch & Griffiths for retail and textile purposes. Now, 27 Mercer has been restored into luxury housing, and most of its units have already been sold. For more information on both 27 Mercer and Michael, please visit www.gdsny.com.

Can you tell us a little about your unique practice, as you are both architects and developers?

MK: At the core of our practice is design excellence. And this is driven by our pursuit of quality and innovation. To empower that process, we take an integrated approach across a broad range of disciplines on every project we encounter. GDSNY was founded with the philosophy of servicing our clients on many design platforms from architecture, digital, graphic design, art, to industrial design. For our team, the end goal is always the same: produce a great product. We are motivated by excellence, which is why we work with the best, whether it be our clients, partners or artist. For us, design excellence and quality go hand and hand.

How did you wind up working on 27 Mercer?

Michael Kirchmann: SoHo has an incredibly rich artistic and creative heritage with iconic cast iron architecture. There are only about 200 cast iron buildings left in the world, so the opportunity to purchase and work with the design on these 2 buildings was exceptional. We had to do it!

The history of the building itself is fascinating: 27 Mercer was built in 1867 as a textile factory above the street level and a fashion store at the ground retail level, so the history of the building itself was a great draw. In fact, at this time, in the middle of the 18th century, SoHo was the suburban shopping destination for Manhattan residents who lived downtown. Almost 170 years later, SoHo is now the de facto fashion capital of the world.

How would you describe the design to someone who hasn’t seen it?

MK: Most of these cast-iron buildings in SoHo were constructed during the period from 1840 to 1880 when there was no electricity, so the windows and ceiling heights were built to be large to bring in as much natural light as possible. This was certainly the case at 27 Mercer. We sought to expand on that notion of bringing natural light into the building, and so we created a 15’ x 20’ private courtyard in the middle of the floorplate, and transferred that built area to a new 4th floor living space. That had the effect of activating three new outdoor spaces over three floors. The resulting architectural form is very sculptural and captures amazing natural light at all times of the day, and results in really iconic outdoor and indoor spaces.

The three floors are accessed by a custom steel and glass staircase, as well as a private elevator at each level. There are currently four bedrooms, five bathrooms, and two powder rooms, but the home has been designed to allow the flexibility for a total of seven bedrooms. There is 4,805sf of interior space and 1,680sf of exterior space.

Do you have a favorite feature of 27 Mercer?

MK: The courtyard is the defining feature around which everything occurs. It essentially works like a traditional courtyard house in plan, with a modern touch. You can sit in the space and look up, uninterrupted, to the sky, in a setting that is truly unique for SoHo. The courtyard activates the home by creating that central communication moment, from inside to outside, both vertically and horizontally.

We also selected the fixtures and finishes to work well alongside the historic architecture. Wide oak hardwood floors, warm Roman Silver Travertine, book-matched marble slabs, and fireplaces all continue the tradition of rich materiality of SoHo.

What is the timeline for 27 Mercer? Are any of the units already sold?

MK: 27 Mercer is part of a larger development known collectively as 25 Mercer, which has been very successful. In addition to 27 Mercer, only have two units left — both are three-bedroom floor-through lofts that feature original cast-iron details from 1861, and one has an amazing private outdoor terrace. We hope to be sold out by year’s end.

Aside from 27 Mercer, what is coming up for you?

MK: We are designing and developing a new condo and retail project on the Highline Park at 10th Avenue and 25th Street. That project is very exciting and I hope to share more details on that project in the coming months. Stay tuned.

Any special plans for you around the holiday season? Fun or exciting events you plan on attending?

MK: Yes, my family and I are heading upstate to a friend’s farm near Woodstock for Thanksgiving. It is great to get out and explore the outdoors, but always wonderful to come back to the city after the weekend, when all the stores in the City install their new holiday displays. Such creativity and energy! It is a magical time of the year!