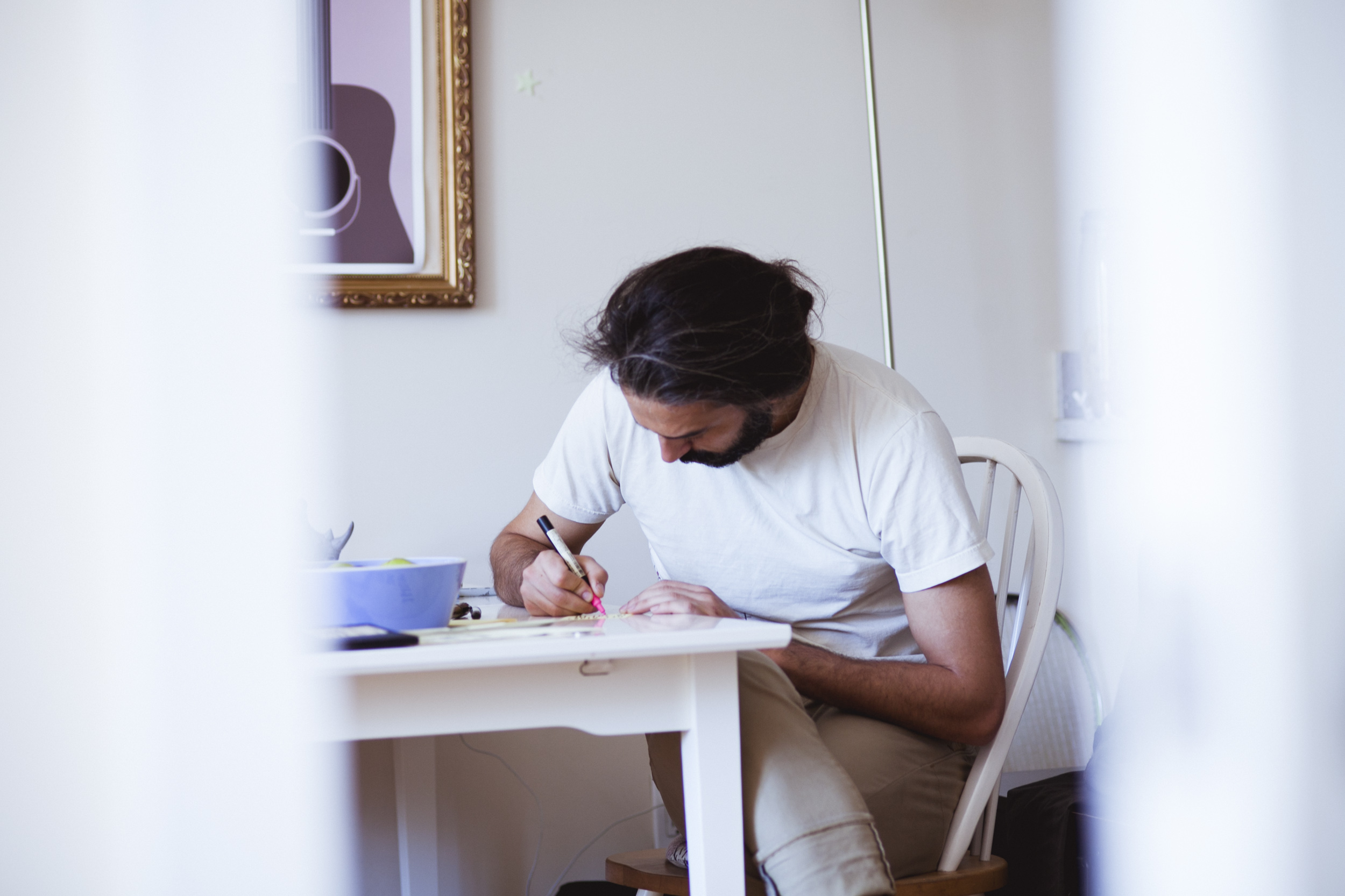 From July 17th through July 20th, SPREADhouse NY will host Xavier Gallego’s AKA @Eyesores first US solo exhibit entitled “The Sleep of Reason Produces Eyesores.” The unique pieces of art feature creatures from Gallego’s imagination and often contain hidden messages that seek to bring a smile to the viewer’s face (and succeed easily.)

Gallego’s interest in “eyesores” goes way back. Unlike many children who fear monsters, Gallego couldn’t get enough of the creatures. Growing up in Barcelona, he spent his days sketching away pictures of monsters that he would dream up. After graduating from Barcelona’s top design school, IDEP, Gallego worked as Multimedia Director at one of Barcelona’s most innovate advertising agencies as well as serving as a chief designer for multiple start-ups. Since moving to New York, he has worked for R/GA as a creative director on experience design, creating award winning experiences for Nike and Samsung.

Gallego is a modern artist in all senses of the word. Inspired by a generation of street artists that paint on physical walls, @Eyesores paints on Facebook walls. His use of social media transforms spectators into participants by allowing them to view Instragram as a personal gallery or exchange postcards via Twitter.

What: “The Sleep of Reason Produces Eysores” exhibition by @Eyesores.