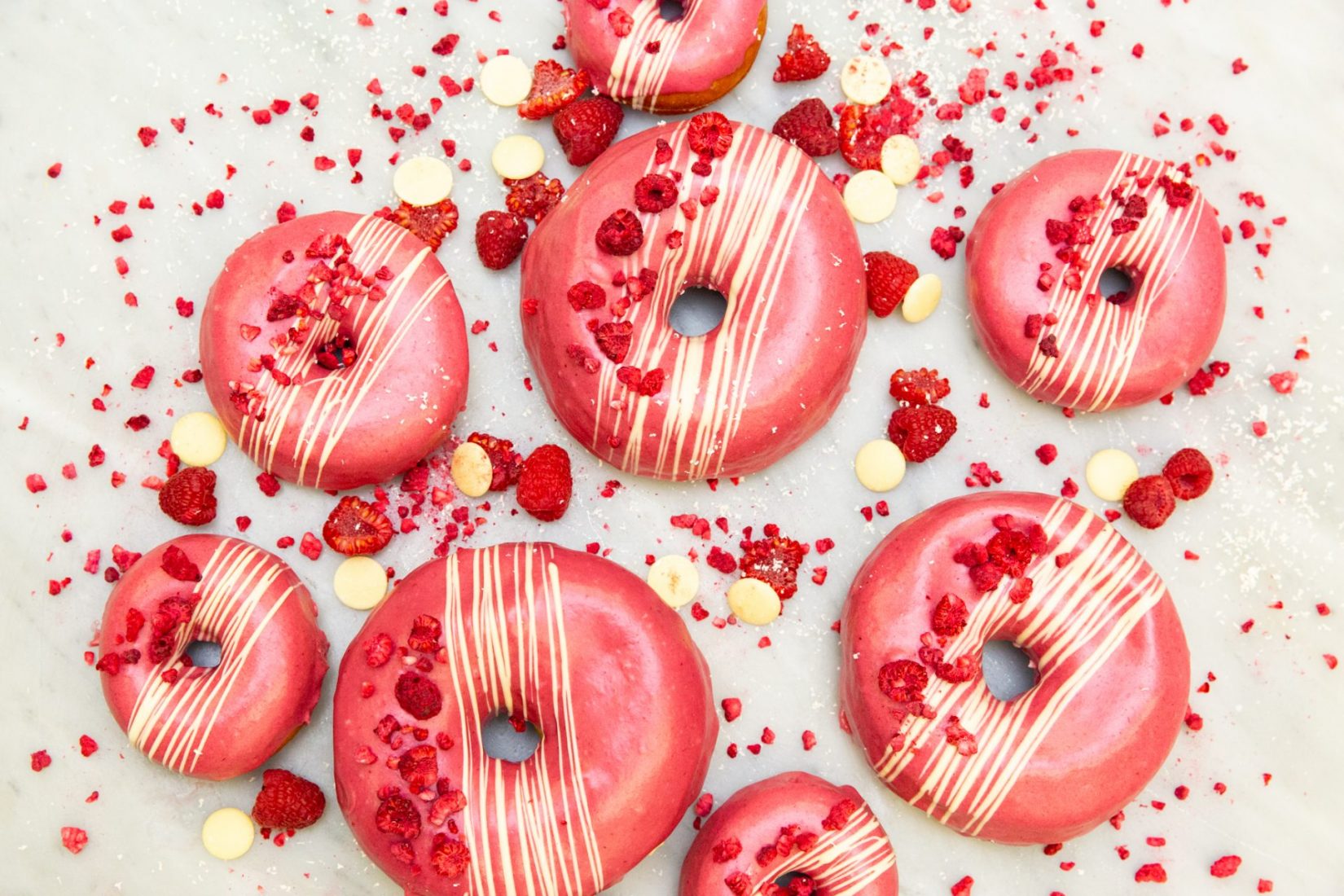 Artisinal doughnut shop Dough has collaborated with model Iskra Lawrence for a limited edition doughnut only available during Fashion Month. The brioche doughnut is topped with a white chocolate and raspberry glaze along with a white chocolate drizzle and dried raspberries and is available through the end of February. 10% of the proceeds from the sale of this collaborative doughnut will benefit the efforts of the National Eating Disorders Association (NEDA).

Iskra is a brand ambassador for NEDA as well as an #AerieReal Role Model who supports body positivity and self-care. She said,

Dough has done some VIP collaborations in the past, including ones with Chrissy Teigen and Kevin Durant. Dough owner Steve Klein said this one came to be because,