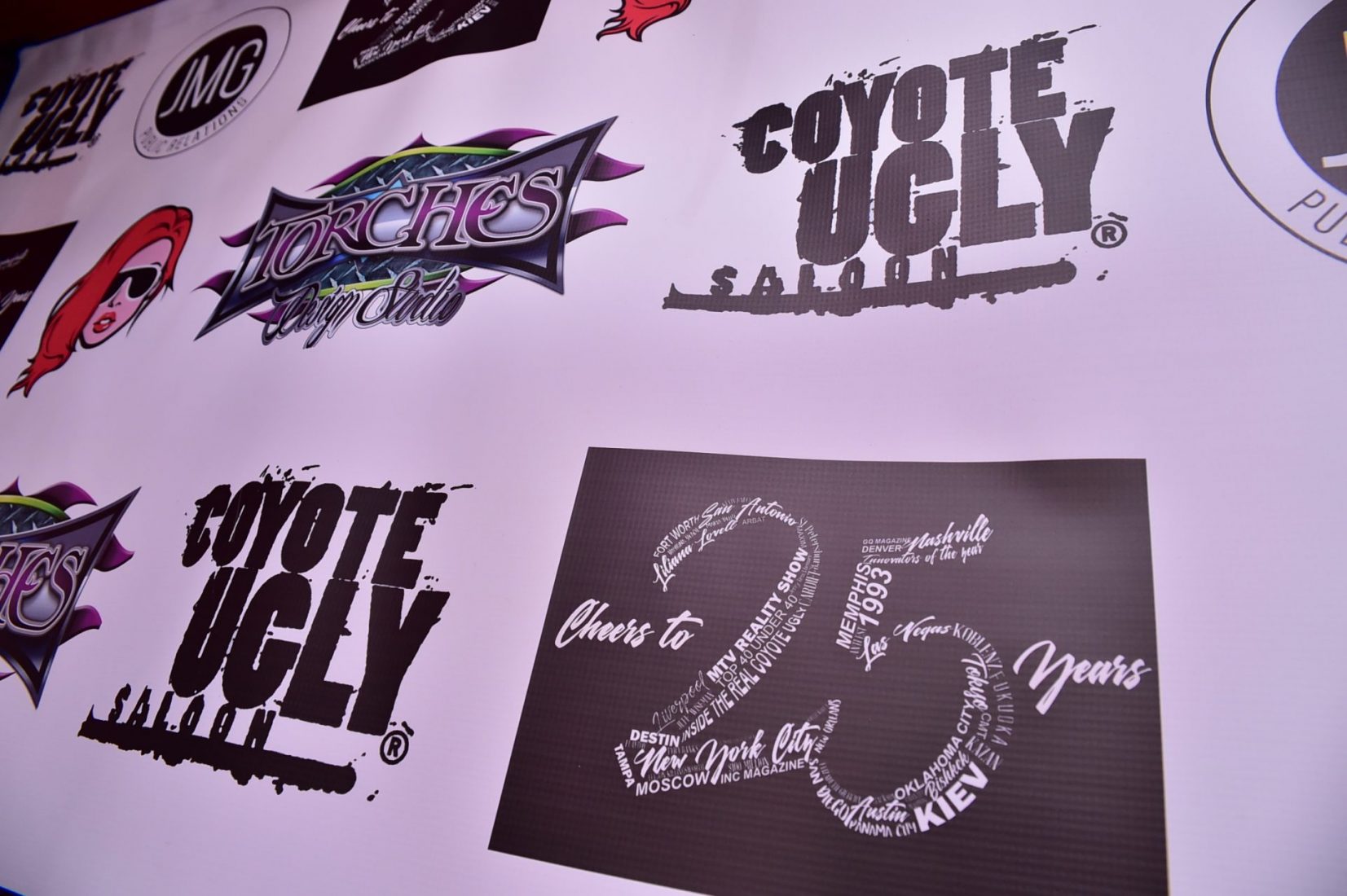 This past Sunday, a very special NYC bar celebrated its 25th anniversary. Coyote Ugly Saloon to be exact.

If you haven’t heard about Coyote Ugly Saloon yet, then now is most certainly the time. Though we’re betting you already heard of it — one way or another. The now famous bar had its humble beginnings back in 1992 when Liliana “Lil” Lovell drew up the business plan for the first of what would become many bars under the Coyote Ugly name. In 1993 she could open the first Coyote Ugly Saloon in the East Village.

“When I opened the bar I likened it to the Wild West. Now we have coined the term ‘organized chaos.’ It’s not quite as spontaneous as we were in 1993 but definitely just as fun if not more,” said Lil about the changes from then and now.

Coyote Ugly Saloon quickly established itself in the hearts of New Yorkers as the preeminent drinking establishment when it gained national attention in early 1997. Why? you ask. A little thing called “The Muse of the Coyote Ugly Saloon,” an article written by former Coyote bartender Elizabeth Gilbert — also the author of Eat, Pray, Love — for GQ. It wasn’t long before this resulted in Hollywood coming a-knocking and the movie rights to Lil’s story were sold. And thus the popular movie, “Coyote Ugly” was born, starring Piper Perabo and Maria Bello and a sublime soundtrack featuring LeAnn Rimes, among others.

But it’s not only the article and the movie that has kept it around for 25 years. There are a few different aspects to keep in mind when running a bar successfully in the big City.

“I think the key factor of being profitable is staying organized and controlling your costs. Then an operator needs to embrace the nuances of the current changes in the economic environment and culture. I am very lucky that the NYC bar has such a great community of loyal regulars,” explained Lil.

Now, the famous bar has 26 locations in 8 countries, with more locations opening every year, including Japan in February 2018. But it all started with that East Village location, 25 years ago.

To celebrate this special occasion, Lil packed the bar of family, friends, and the famous Coyote Ugly girls boot stomping on top of the bar. Justina Valentine of MTV’s Wild ‘n Out performed freestyle on top of the Coyote Ugly bar while roasting the crowd alongside two dancers. Continuing with their tradition of providing fans with the unexpected, a contortionist showed off her flexibility while a bearded lady hosted a beard contest, and New York City’s famous Naked Cowboy closed out the event while performing ‘Pour Some Sugar On Me.’

“It was so wonderful swapping stories and reconnecting with the people that helped my brand become what it is today. The current staff was so respectful of the former bartenders and it was really great to see them all in action,” Lil said about the night.