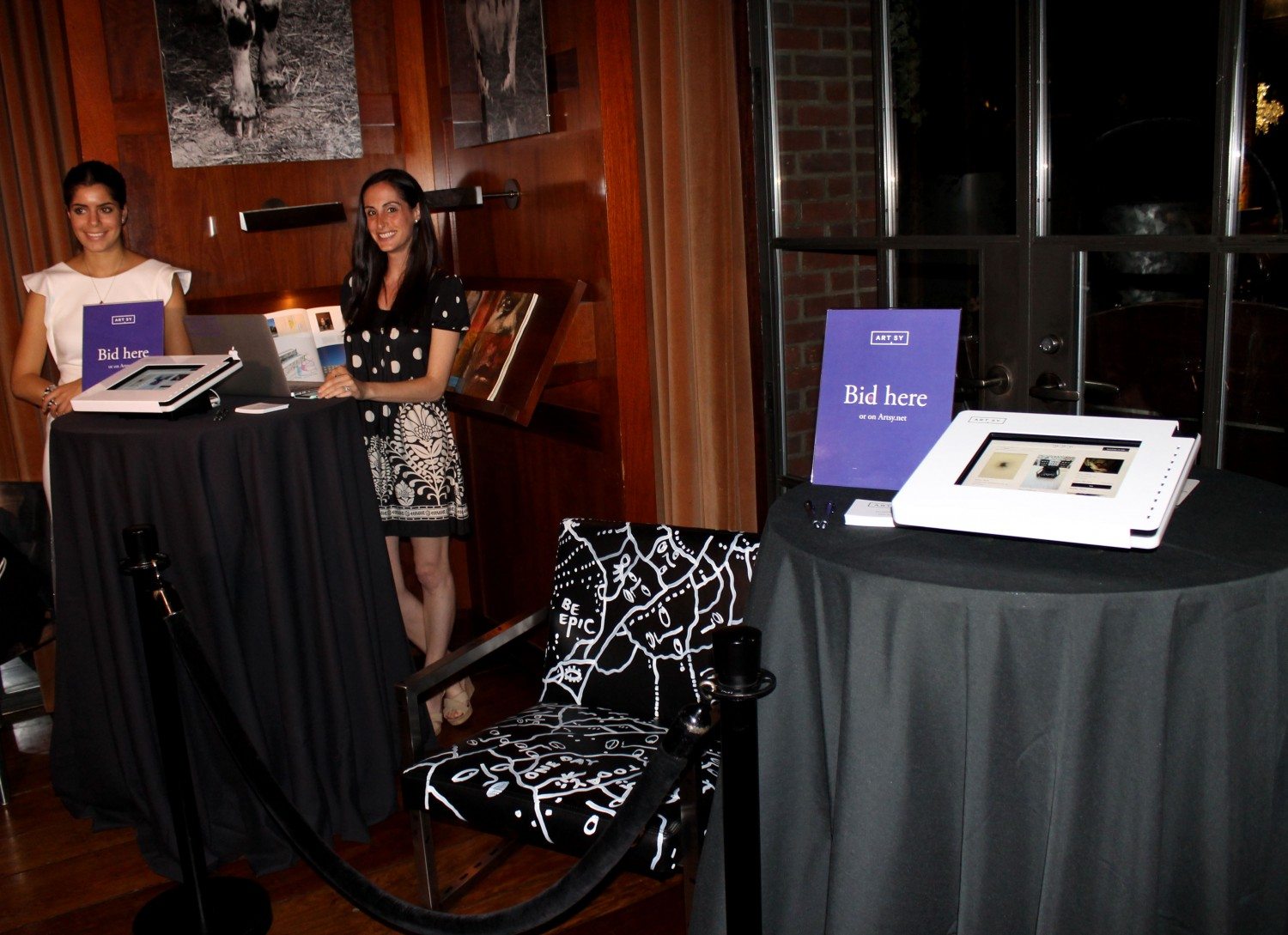 In efforts to eradicate the spread of AIDS, generationCure collaborated with Artsy — known as the leading source for art collecting and education — to give both event chairs and attendees the chance to bid on a variety of artwork from Robert Beck, William Eggleston, Steven Klein, Brett Lloyd, Cindy Sherman, Sam Taylor-Johnson, and original pieces from Shantell Martin. All proceeds from the silent auction will go towards scientific research and finding a cure for AIDS.

Brad Jones, scientist in HIV cure research, explained what his hopes were for the night, “I hope that they just keep raising money the way that they have for the last five years, maybe even continue to build upon that. I know that they have some really ambitious goals to fund more scientist so I hope other scientist are as lucky as me to receive some money and start making more progress.”

So far in the year, Jones along with the financial help from generationCURE has seen progress on a monthly basis and are optimistic for what the future holds, “We really hope that if we get good consistent results on this level it will bring that into animals, models, and eventually into people. I think that we’re going to get there in terms of curing HIV and events like this are really going to help accelerate that better.”

Shantell Martin, known for her black and white illustrations and her cure for AIDS amfAR beach towel, did live illustrations at the event and spoke about her hopes for the event as well, “A lot of interesting [and] creative New Yorkers or out of New Yorkers come together to start conversations and do a little something that is for amfAR generationCURE coming together and raising some money and having some fun, said Martin.”

Ryan Serhant, one of the event chairs and television star of Bravo’s Million Dollar Listing New York, expressed “I hope we raise a lot of money to help fight HIV/AIDS and find a cure before 2020, but more importantly I think it’s about spreading awareness.” Servant continued, “I tell people all of the time people are overwhelmed, 24-hour news cycle, there’s always something to worry about everyday that big diseases like this are still killing people every second of everyday in the world. If it’s out of sight and out of mind then no one cares.”

The trendy black and white summer affair brought individuals from all over together to support a bigger cause in a way that was most inspirational to each artist. The night was filled with artistic scenery, fashionable labels, a passion to bring change; as well as sparkling drinks donated by Moet Hennessy — who recently started a year long collaboration with amfAR.

Items from the auction are still accepting bids on Artsy until June 30.