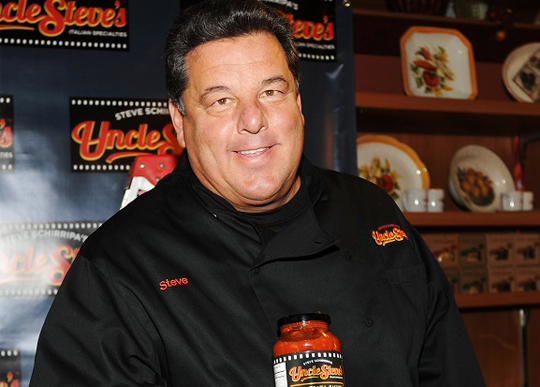 Steve Schirripa, is known by many as the loyal Italian mob man Bobby ‘Bacala’ Baccalieri in HBO’s The Sopranos. However in reality, Schirripa connects to his Italian roots in a more tasteful way: cooking.

On Wednesday, July 23 from 4 p.m.-7 p.m. Schirripa will bring his culinary talents Downtown to showcase his new line of tomato sauces called Uncle Steve’s Italian Specialties. At the event in Battery Place Market, attendees will have the opportunity to meet the actor and entrepreneur while he performs a food demo showcasing his sauces. Afterwards, Schirripa will sign autographs for the public.

“Before this I never tasted a jar of sauce ever,” Schirripa said. “I know a lot of people say Italians don’t like jar sauce, and they would never taste such a thing, but if they taste mine they’ll think differently.”

Schirripa is no newcomer to the world of Italian fare. His sauce is inspired by Sunday mornings in his childhood Brooklyn home, where his mother brewed sauces with fresh tomatoes, garlic and olive oil. Schirripa said his mother had to cook for seven, but it wasn’t her job, it was her duty.

“Italians love to eat you know. You think back on Sundays and simple times, you think of when you sit back with your grandmother and your grandfather, and aunts and uncles. That’s what comes to mind when we’re making the sauce. You have those smells bring up memories.”

Today, the actor is taking his own stab at the coveted cuisine with Uncle Steve’s Italian Specialties. The sauces are USDA certified organic, gluten free, dairy free, vegan, and contain no added sugar. Schirripa said they’re as fresh as if you made them yourself, and that’s why Italian Specialties is one of the few companies to put the ingredients on the front of their label instead of the back.

Uncle Steve’s is on sale at Battery Place Market, as well as other stores in Lower Manhattan. Make sure to grab a jar of one of the three classic flavors: Marinara, Tomato Basil and Zesty Arrabiata; and celebrate Italian culture the way Italians do.

“People love Italian food, and Italians love Italian food,” Schirripa said. “It’s just something you grow up with and it means more than just sitting down and eating, anyone can do that. It’s family, the kids, and tradition. How things are made year after year.”