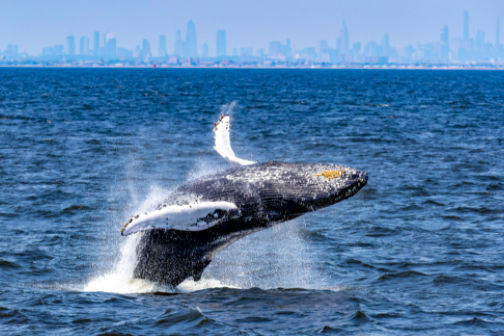 THE EFFORTS OF REGULATORS, environmental groups, and New York scientists and citizens have greatly improved the conditions of the Hudson River and the waters in and around New York Harbor. With these improvements, the food chain has rebounded, the water is cleaner, and supports a diverse ecology, from oysters to whales.

This has only been documented since 2011 and each year the numbers of humpback whales have increased dramatically, according to Gotham Whale.

The waters of New York are now a feeding ground for seabirds, seals, sharks, dolphins, and whales. 2020 brought into focus our immediate surroundings as we became outdoor vacationers in New York City. A highlight has been increased sightings of whales, most recently in December in New York Harbor, and throughout last summer in the shallows of the Atlantic Ocean.

A humpback whale stole the show as it frolicked up the Hudson River by the Statue of Liberty and points north. It grabbed our hearts and gave us hope that we can build a better world together. These visits owe a lot to the resurgence of a cornerstone species called Menhaden, a feeder-fish species also known as bunker.

Many different groups worked to protect these fish from overfishing because they are also critical to the survival of the Atlantic striped bass, bluefish, tarpon, and other sport and commercial fisheries.

Americans spend more than $1 billion a year on over-the-counter fish oil. A 2018 New England Journal of Medicine study found that Omega-3 fatty acid supplements “did not result in a lower incidence of major cardiovascular events or cancer than placebo.” A downtown resident and dad, Paul Greenberg, explains in his book,

The Omega Principle: Seafood and the Quest for a Long Life and a Healthier Planet, that most Omega-3 supplements come from the little fish such as the Menhaden that big fish (and whales) eat.

Consequently, when the reduction fishery targets smaller wild fish to make them into fish oil for vitamins or meals, a key portion of the food chain is significantly reduced. 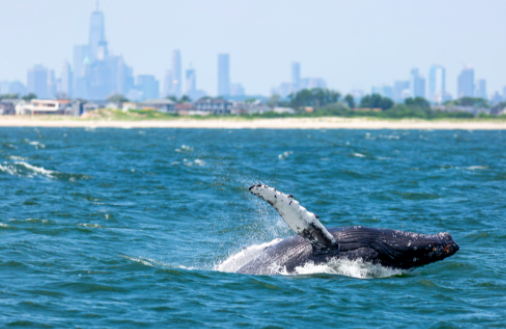 SAVE THE WHALES, PROTECT THE FOOD – ADVOCACY TO SAVE ATLANTIC MENHADEN

At the New York State level, local fishermen and women, the Theodore Roosevelt Conservation Partnership (TRCP), The Nature Conservancy, Gotham Whale, Menhaden Defenders, marine scientists, and others came together to educate others on the importance of sustainable management of a keystone species, the little known Menhaden.

Many worked at the state level with elected officials to pass legislation to stop the unregulated fishing of the species. In 2019, legislation was signed into law by Governor Cuomo that prevents the use of large purse seine nets to take menhaden from New York’s waters.

Built on the measures of the Atlantic States Marine Fisheries Commission in 2012, this important action is critical to restoring the Menhaden population which had been overfished to just a small percentage of their former abundance.

As a result, they have been returning to New York’s coastal waters in historic numbers, which is good news to the striped bass fisheries on Long Island.

The replenished food source is bringing whales and dolphins back to New York’s coast, a boon to tourism. 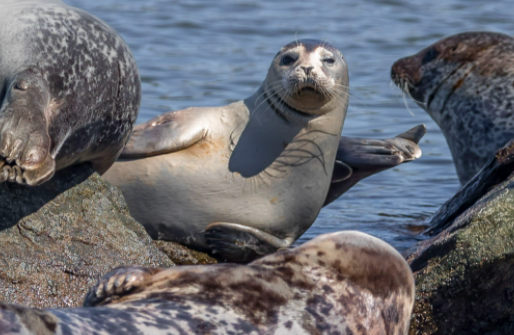 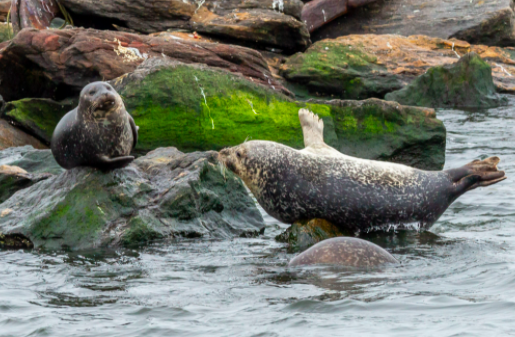 DOWNTOWN PLACES TO ENJOY AND LEARN ABOUT NY’S HARBOR

Water surrounds Downtown on three sides and there has been investment in its waterfront over the past several decades. Along NYC’s west side of the Hudson River is the Hudson River Park, which has several downtown highlights including:

Just south, Battery Park City has an esplanade that takes you to views of the Statue of Liberty and Ellis Island. BPCA’s Marine Education programs include joining experienced anglers for catch and release fishing and learning about life in the nearby waters. 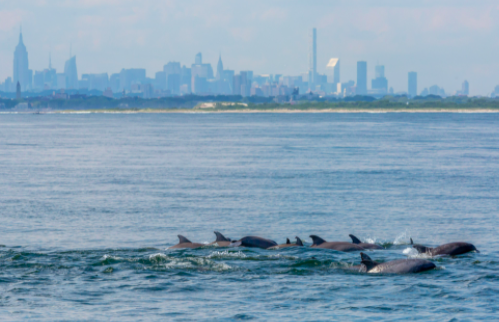 On the east side starting at the Brooklyn Bridge along the East River Esplanade, there is Manhattan’s only beach, called the Brooklyn Bridge Beach, where visitors can watch the tide go in and out. If you are lucky, there may be an event such as the City of Water Day. There are also plans to restore that area just north of Pier 17 while keeping the waterfront accessible.

At the tip of Manhattan is The Battery. Across the path from the SeaGlass Carousel will be the Playscape: a new 1.5-acre sustainable playground with elements inspired by climate, sea, and wind. Rain gardens will filter urban runoff. It is expected to open in Summer 2021.

In a city of islands surrounded by 520 miles of coastline, Governors Island is located at its core, just a 10-minute ferry ride away. Governors Island is a 172-acre island that serves as a hub of learning about how the harbor is changing through its existing community of tenants and partners like the Billion Oyster Project, the Harbor School, and the Climate Museum.

The island is poised to play an even greater role as a research and education hub, anchoring its continued growth by attracting a center for climate solutions. 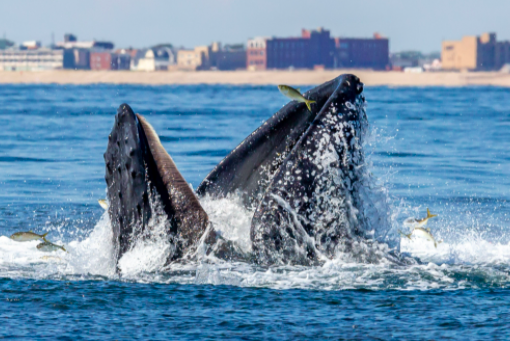 If you are up for a special several-hour boat ride out of the NY Harbor into the Atlantic Ocean for close-up views of the bunker fish, Atlantic Bottlenose dolphins, or humpback whales (if you’re lucky!), then Gotham Whale, in conjunction with American Princess Cruises, is your next stop.

They had a fantastic 2020 whale watching season. Gotham Whale is a not-for-profit corporation that is the only research group currently monitoring marine mammals around NYC.

Under the leadership of Paul Sieswerda, it combines citizen activism with science by collecting marine research data throughout the area. Their Citizen Science project records sightings of seals, dolphins, and whales in our area, and catalogs individual photographs of whales.

Gotham Whale’s observations have shown that the New York region is becoming a feeding ground. Menhaden, the prey species, have increased over past years.

As we approach the 50-year anniversary of the Clean Water Act and Endangered Species Act, the humpback whale populations decimated by whaling are still listed as endangered, even after decades of protection. However, we have seen that steps are taken, even at the state level, to give them a better chance.

The World Economic Forum says that although the economic and political consequences of COVID will be with us for years to come, they warn that the biggest global risks over the next 10 years are extreme weather, climate action failure, and human environmental damage.

We welcome the whales for their beauty and intelligence, and they are also unusually good at taking carbon dioxide out of the atmosphere, which is important in tackling climate change. New York rose to greatness on its harbor, becoming a nexus of trade, industry, and finance.

We look again to the ocean and see hope confronting new challenges.