120 Broadway: Out With The Old and in With The New 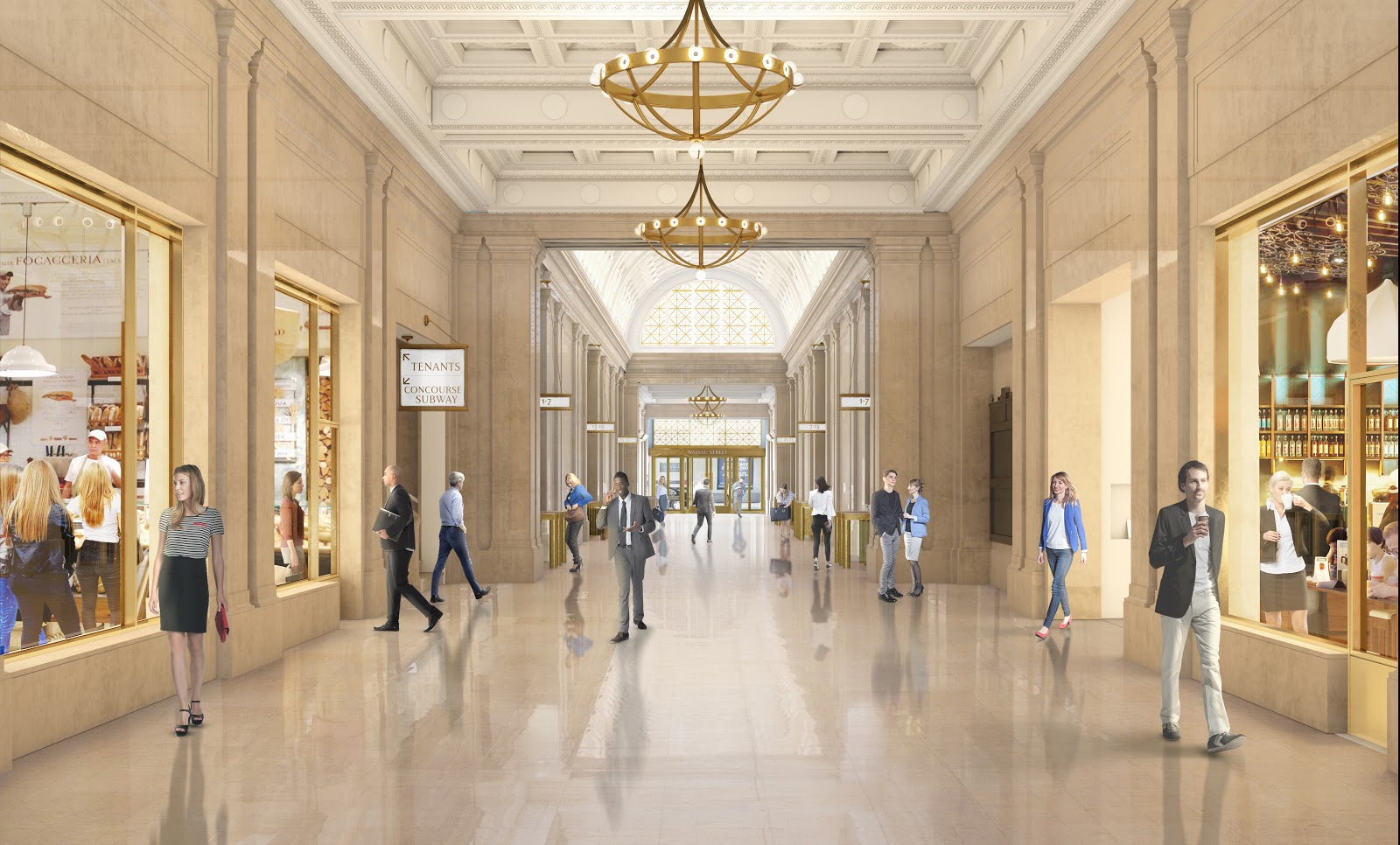 One of the most famous office buildings in Lower Manhattan, 120 Broadway aka the Equitable building, owned by real estate firm, Silverstein Properties, just completed its massive 50 million dollar renovation. A ribbon-cutting ceremony was held in celebration of the new designs Wednesday night, July 17, 2019. Redesigns were constructed by building tenant, Beyer Blinder Belle Architects, and Planners (BBB).

Property owner and American businessman, Larry Silverstein, aimed to expand to the younger audience through the new designs within the lobby area and the buildings exterior materials. While renovating this entire building, much of the new renovations were also inspired by the original 1915 designs that architect Ernest R. Graham created for 120 Broadway, giving it a more modern and sophisticated taste. “The goal was to recreate what Ernest had designed throughout the building,” Carlos Cardoso, Director of Construction Administration for Beyer Blinder Belle Architects, and Planners said.

Renovations were done to the lobby, elevators, lighting, the 40th floor and more. The 40th floor and the rooftop were the most relevant areas to be redesigned since it is home to the Bankers Club, which was an exclusive club for professionals. The 40th floor has now been transformed into a rooftop lounge welcoming all tenants in the building to be able to enjoy the bar for food and drinks while resting on work breaks. The outdoor rooftop includes beautiful greenery and built-in seating to provide comfort and relaxation.

The Equitable building was first designed by Ernest R. Graham in 1915 and stood to be the largest office building in the world until 1930. The Equitable Building is also very famous for changing the zoning laws in New York City due to problems with ventilation, transit facilities, local residents, and more. The building’s height made an impact on how sunlight could reach into the city which affected a lot of people. Many people around the area made complaints and city officials quickly became concerned. Later in 1981, Silverstein Properties, owned by Larry Silverstein, purchased the Equitable building and yesterday he was able to cut the ribbon in honor of the building’s new transformation.