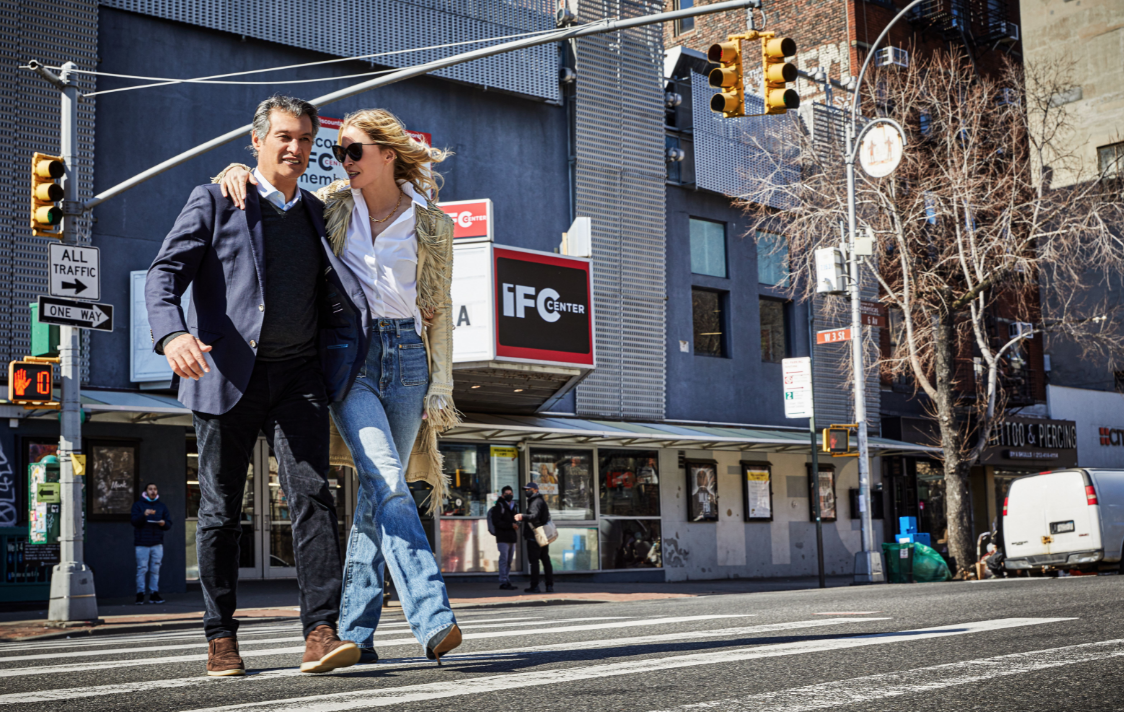 IN LIFE, WE’RE OFTEN CONFRONTED with choices. But sometimes, it’s the ones we don’t love that lead us back to a road already traversed, only to find a new path that blooms at every step. Such was the journey of Provence-born Frédéric Fekkai, a beauty industry luminary, thought leader, entrepreneur, hairstylist to Hollywood sirens, and environmental advocate.

While FEKKAI is a name synonymous with luxury — emanating from every facet of the global brand — luxury to the man behind it is far from what you’d expect. “One of the most luxurious things in the world to me,” he explains, “is not having a logo. It’s about wellness, a way of life, a guide on how to live your life well. To live it elegantly, by being cautious and careful, and attentive to everything that you do.” And he has. In 1989, Fekkai opened a salon atop New York City’s pinnacle of style, Bergdorf Goodman.

By 1995, he was a pioneer of innovation and creativity, launching the first hair care line to be based on skincare technology. “Very often hair care is lagging behind skincare and food,” he explains of his endeavor to elevate the product. It worked. “All of a sudden my brand was sitting next to La Mer, Estee Lauder, and Chanel.” A 10,000-square-foot flagship salon on 5th Avenue followed: the ultimate test of success. By 2008, Fekkai sold the company yet stayed on as a consultant. “Financially, it was a great reward, but emotionally it was not,” he says. 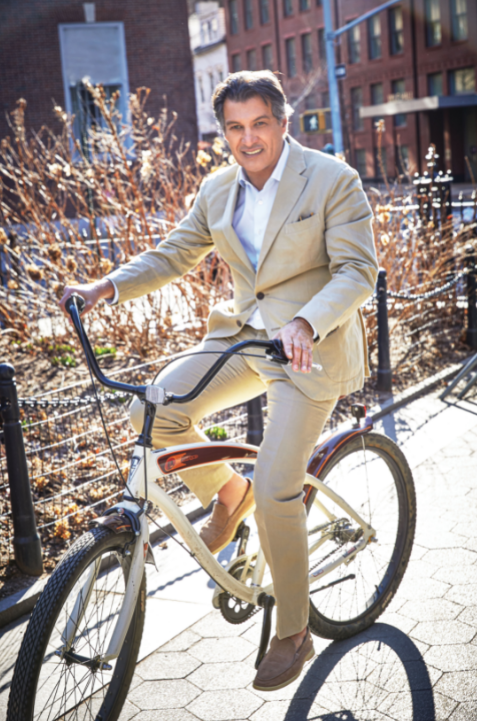 As time progressed, Fekkai became restless. “I wanted to be an entrepreneur again, I wanted to be active,” he recalled. It took a visit back to his hometown of Aix-en Provence—where he now shares a home with his wife Shirin Von Wulffen, a former fashion publicist— to realize what his return would look like. In 2015 the couple acquired Côte Bastide, a now 30-year-old heritage brand that Fekkai had previously worked with. “We fell in love with the romance of the brand. It was artisanal — the label was written by hand with a fountain pen.

Everything was eco-friendly and produced by local artisans with generations of savoir-faire,” says Fekkai. They shortened the name to Bastide —which means “country house” in southern France. “This idea of a bastide really drew us,” explains Von Wulffen. “It’s a home, where you hear laughter, smell cooking, and you see families enjoying themselves. It’s this idea of living a really good life. We call it la vie bastide, as in ‘the sweet life of Provence.’” 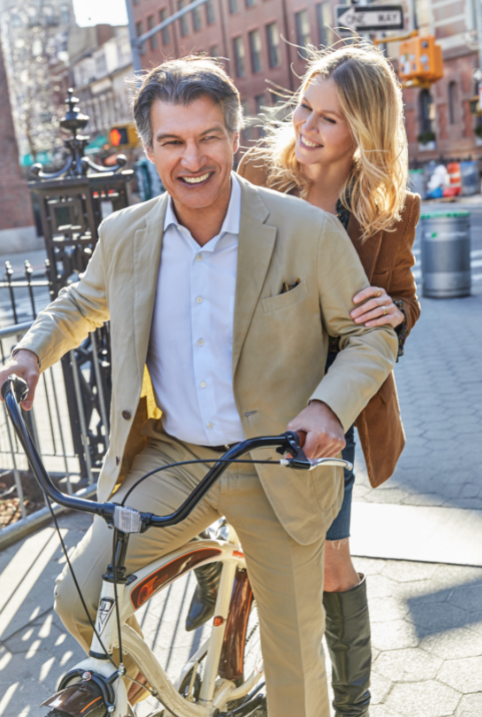 Today, the brand continues to celebrate

To keep to the brand’s artisanal, sustainable ethos and expand it even further, the couple reformulated everything to be as green as possible, growing importance in their lives. For Von Wulffen, the “a-ha” moment, she says, came when they had kids. “We wanted to make sure everything we put in our home was clean, that it was good for them.” Fekkai adds, “When we were in the South of France, we realized people were so ahead of us.

They were so careful with the ingredients they would select, buy, and consume. And not just for food, but for health and beauty too. I thought to myself, ‘Wow, that’s the way life should be.’ So, it really triggered and accelerated that desire to create products that would be modern, chic, and sustainable.”

The couple worked with talented designer Pierre Jeand’heur to recreate their product packaging to reflect the beauty of Provence. After a beautiful but off-the-mark first attempt, they invited him and his team to experience the region for themselves, and to understand why the most incredible painters, from Picasso to Van Gogh and Cezanne, all gravitated to the light in the South of France.

By the next try, the team nailed it, choosing a bright terracotta hue — the same shade of the couple’s home — as the branding color. “When you’re walking through the town of Aix, you have the same feeling that you would have when you’re opening something from Bastide,” explains Von Wulffen. Today, the brand continues to celebrate artisans, honor tradition, and offer products that exude l’art de vivre.

From soaps made of the purest olive and coconut oils to handmade candles, fragrances, and creams, Bastide’s natural essence is intoxicating. 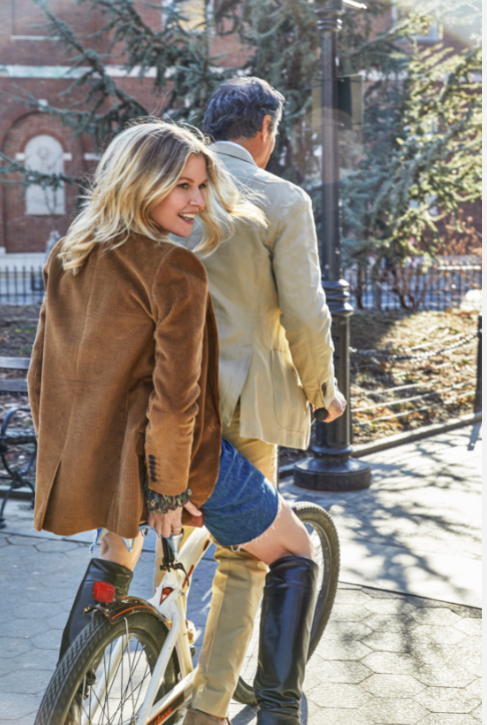 By 2018, Fekkai was restless again. “I realized that my brand FEKKAI was not relevant or modern anymore, and my name was on the bottle.” He bought it back, and by 2020 launched the first-ever collection of salon-grade products made with clean, plant-derived ingredients. He worked with specific chemists to ensure each formula was vegan and completely toxin-free, avoiding all silicones, parabens, phthalates, and sulfates.

Every bottle in the collection is made with 95% high-grade repurposed plastic and is 100% recyclable. “What we’ve done is an extension of our thoughts on consumption and how we want to live,” stated Fekkai. “Bastide is, I would say, a celebration of life and home, and FEKKAI is a celebration of beauty and confidence.”