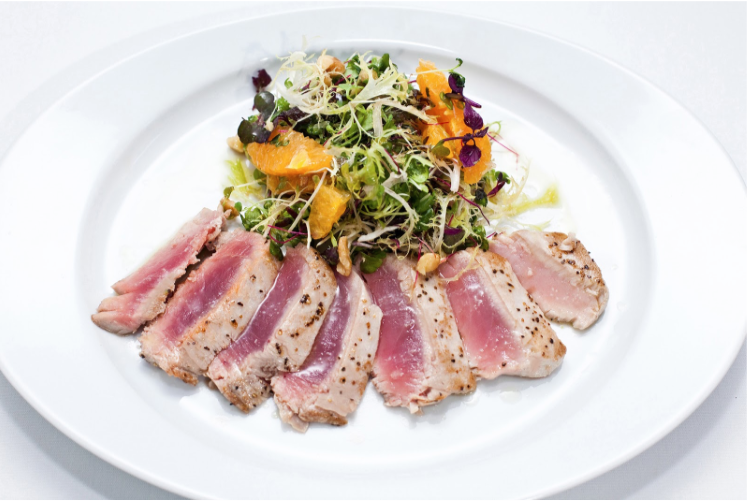 Il Mulino New York, the trendy Italian eatery with locations New York, Miami and Las Vegas, is now bringing more of its fare to Downtown with a new location in TriBeCa. Their current Downtown location is on West 3rd Street in SoHo. The trendy upscale restaurant is known for their exemplary steaks, seafood, cocktails and other Italian dishes.

Downtown recently had the pleasure of visiting Il Mulino Prime in SoHo to enjoy food and drinks, which were served up as a modern twist on Italian cuisine. Their caring and attentive staff provided excellent service.

“I’ve enjoyed Trattoria Il Mulino and felt that adding to their restaurant group may hinder the quality and expertise, but my first thought could not be further from the truth,” said Downtown’s CEO and Publisher Grace A. Capobianco.

“Attending the dinner at the SoHo Il Mulino Prime location, a delightful awakening was yet to come. The decor at first sight is elegant but not overstated, modern yet trendy and keeping a warm feel for its SoHo digs. The staff alone could be the models for our next fashion editorial,” she said.

The restaurant offers a wide variety of foods, from fish, pasta and steak — including some truly delicious desserts. The Branzino, scallops and lobster were some absolute favorites, the zucchini blossoms, charcuterie, spaghetti with red sauce and steak were also truly delectable.

“Once the dishes reached our tastebuds, I must admit, each item during our tasting was unique and flavorful, keeping with the same Il Mulino New York quality that I know and love from Trattoria Il Mulino,” said Capobianco.

Top tip: Leave room for dessert! While being contently full after the bulk of the meal, we made room for a sweet dessert consisting of fig gelato, flourless chocolate cake and cheesecake.

And don’t forget the cocktails. Il Mulino Prime has an extensive cocktail menu, and you’re sure to find one to fit your tastebuds. Offering tried-and-true such as the Cosmopolitan and the Hemingway Dry Martini, its bartenders are serving them to perfection. A favorite of ours was the “To Have or Have Not” cocktail made with grapefruit liquor, cucumber, pomegranate syrup, lemon and Prosecco. Light, refreshing, fruity and the perfect drink for summer.

“The highlight of my evening was meeting Executive Chef Michele Mazza, a talented, handsome man with a strong presence and one who makes sure Il Mulino Prime sets high standards each and every day,” noted Capobianco.

Check out more of what Il Mulino has to offer on their website.