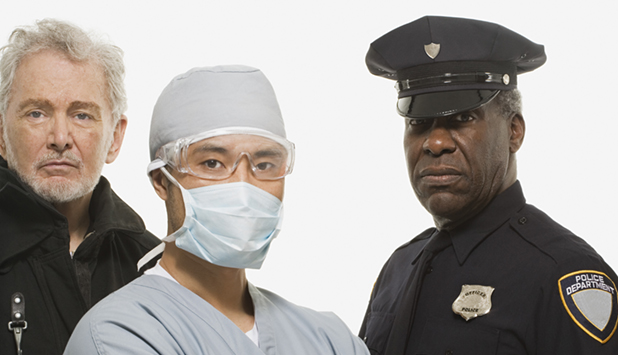 Our essential workers need fuel for their long, grueling shifts in NYC’s hospitals. We recognize three restaurants donating their time and efforts to help those who help us.

Brooklyn Chop House (150 Nassau St.) in FiDi is making food deliveries to their neighborhooding hospital, New York Presbyterian, nightly for as long as the restaurant’s doors are open. They’re offering their most popular dishes to the staff that is working tirelessly to ensure NYC citizens safety, including nurses, doctors, surgeons and more for being the true heroes during this pandemic.
Since word of their generosity has spread, almost a dozen other hospitals have reached out to Brooklyn Chop House for help, including Sloan Kettering, NY Presbyterian, Cornell Weill, and Lenox Hill. Without hesitation, the owners said they’d make meals for their workers too, as well as Elmhurst Hospital. They are also offering 20% off for all first responders picking up meals at the downtown hotspot.

Loulou, the newly opened French bistro in Chelsea, began delivery to ICU doctors and nurses two weekends ago and plans to continue their efforts during the coming weeks. When the world changed, co-owner Loulou Mathias Van Leyden had to decide whether or not to close his less than a month old restaurant completely. He and his partners ultimately decided to fight and began delivery and takeout. He went a step further by delivering meals to New York Presbyterian/Columbia University ICU staff members on Sunday, March 22nd because of a fundraiser set up by Seven Rooms and now he’s continuing this endeavor.
Loulou is asking for help through donations where 100% of the proceeds will go to preparing and delivering meals to doctors during this time. The restaurant made additional deliveries to Brooklyn Methodist Hospital and Mount Sinai. To donate you can visit: https://www.gofundme.com/f/meals-for-hardworking-icu-doctors-during-covid19

The vegan, plant-based and kosher chain Beyond Sushi in NYC delivered their first set of hospital meals to 42 health care workers at Elmhurst Hospital in Queens this past Wednesday (April 1st) as the result of a community fundraiser that was organized on the hospital’s behalf. The restaurant’s owners, Guy and Tali Vaknin, will now start a fundraiser of their own where for every $200 raised, they’ll send another care package of individual meals to a local hospital and are kicking things off with a donated delivery of their own at Metropolitan Hospital later this week.
To donate you can visit, https://www.gofundme.com/f/donate-plantbased-meals-to-nyc-healthcare-workers

Thank you for all your generous support and care for our essential New Yorkers. Stay safe, stay healthy, and stay indoors.