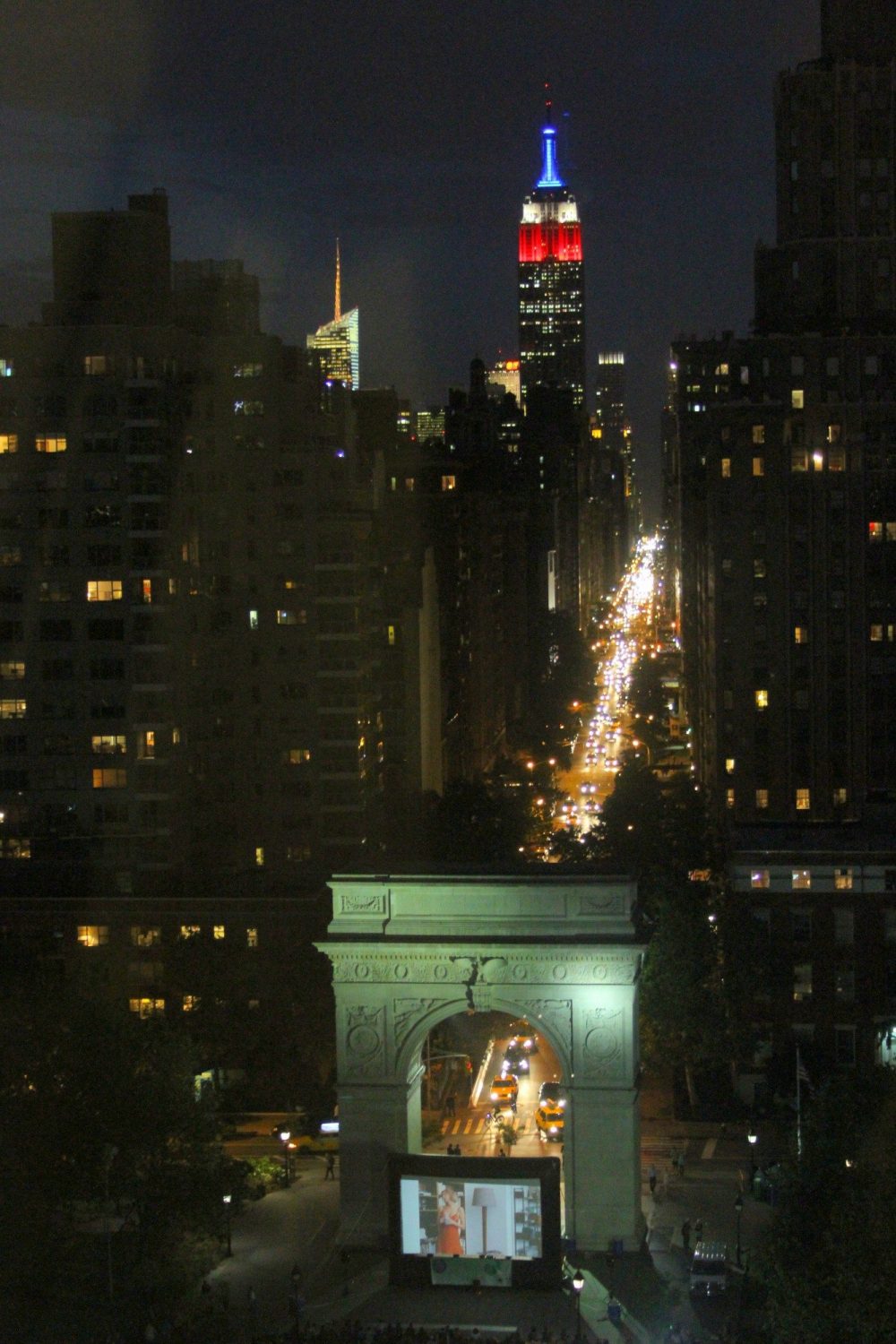 Photo by A. MacAlpine

As a media-oriented city, there is no shortage of film festivals in New York City. However, there are limited opportunities to watch great movies in a relaxed outdoor setting. For nearly a decade, the Cultural Services of the French Embassy, FACE Foundation and the New York City Department Of Parks & Recreation have been collaborating to present Films On The Green. A free outdoor French film festival in New York City parks, the series is free and open to the public, with most of this year’s events running in June and July.

The next Films On The Green event will be a screening of Cleo From 5 To 7 by Agnès Varda at Tompkins Square Park on Jul. 22. Following that, Boyfriends And Girlfriends by Eric Rohmer will show at Tompkins Square Park on Jul. 29. The last 2016 event from the series will be Girlhood by Céline Sciamma, as playing at Columbia University on Sep. 8. Not only is there a 2017 lineup in the works for New York City, but the Films On The series is also thriving in Miami, Boston and Chicago.

To learn more about Films On The Green, Downtown caught up with Bénédicte de Montlaur. As Cultural Counselor of The French Embassy in the United States, Bénédicte de Montlaur helps facilitate French-American cultural relations and support French universities and arts, literature and education organizations within the States. Prior to her involvement with the French Embassy, she had worked as part of the General Assembly of the United Nations in New York. The very-talented Bénédicte speaks four languages fluently and has run the New York City Marathon.

More information on Films On The Green can be found on the French Embassy’s website, the FACE Foundation’s website, and also on the series’ Facebook page.

How would you describe Films On The Green to someone who hasn’t yet attended it?

Bénédicte de Montlaur: Films On The Green is one of the Cultural Services’ most exciting summer events. It’s a free, annual film festival in New York City parks that screens classic and contemporary French films to a community of francophiles and film lovers. Screenings take place every Friday night and DJs from NYU and Hunter College play tunes before screenings. People of all ages attend and bring picnic blankets and food. The atmosphere is lively and fun. You arrive and suddenly a theater seems to pop up before your eyes, in the middle of the grass!

Who picks the films that are shown? Are there criteria for what is shown?

BDM: Throughout the fall and winter, the Film Department at the Cultural Services of the French Embassy spends months brainstorming, in close communication with our partner at NYC Parks, to define a curated list of 10 French and Francophone films that all fit together around a central theme. We try to showcase both newer and established talents, rare films that you would never find in theaters, and a diverse selection of actors and directors with different backgrounds and styles.

Each year, Films On The Green takes us on a cinematic voyage. Last year we invited viewers to travel around the Mediterranean Sea, from the French Riviera to Lebanon and Tunisia. This year, Films On The Green is part of the first ever Paris-New York Tandem 2016, a five-month-long cultural exchange between the two cities that began in June and aims to bring the cultural richness and diversity of Paris to New York and vice versa. Thus, we’ve taken our viewers this year through the streets of Paris, from iconic areas like the Champs-Élysées to the less represented outer suburbs with the theme, A Summer In Paris. We wanted our selection to capture Paris’ urban development and its transformation across decades.

What’s been your favorite film shown in this year’s series?

BDM: One of my favorites is Girlhood, a film by Céline Sciamma that was the Directors’ Fortnight section at the 2014 Cannes Film Festival. It’s a really powerful coming-of-age drama that portrays a group of African-French teenagers growing up in Parisian suburbs and struggling to reconcile their lives in the projects with their experiences in central Paris. I love that it was made by a female director, since women are still — to this day — underrepresented in the sphere of film directors. I also love that it captures the diversity of Paris and reveals a side of the city that might not immediately come to mind for an American audience. Girlhood will be screened outdoors at Columbia University on Sep. 8.

A still from “Boyfriends & Girlfriends”

What’s ahead for the series? Will it be back next summer?

BDM: Absolutely! Films On The Green is here to stay. We’ll be celebrating the 10th anniversary of the festival in 2017. We’re very happy with how it’s grown over the past several years. There are off-shoots cropping up all over the country near our other Cultural Services locations — there’s Films On The Beach in Miami, screenings on campuses in Boston, and this year in Chicago, we’ve even started Films On The Lake!

Are there any other New York City events coming up in the near future from the Cultural Services of the French Embassy?

BDM: Starting in late September, we’ll be launching an exhibition of Franco-Belgian comics at Cooper Union in partnership with the French Comics Association, which includes major French publishers such as Casterman, Dargaud, Delcourt, Gallimard BD, Rue de Sèvres and more. There will be comics-related events all around the city featuring major players of the comics world, plus we’ll have a presence at NY Comic Con. Keep an eye on FrenchCulture.org for more details.

We recently launched a brand new year-long program aimed at engaging young audiences called Kids Trail. We think it’s essential to expose kids to art as early as possible. It creates such a positive impact on their lives and education. Two shows will be presented by renowned French companies in October at the Brooklyn Academy Of Music in the framework of Kids Trail—Monchichi by Wang & Ramirez and Minuit by Yoann Bourgeois.

Finally, when you’re not busy with work, how do you like to spend your free time?

BDM: I’ve been Cultural Counselor of the French Embassy here in New York for just over a year and it’s been amazing to have the chance to engage deeply with culture through the Embassy’s projects. Before coming to New York, I worked as a political negotiator and counselor in Europe, Africa, and the Middle East. As a career diplomat, I adore that work, but this new focus on culture has been fun to explore as well.

I especially love reading. I recently read Just Kids by Patti Smith, which I recommend to everyone. I also love running, traveling, and most of all, spending time with my husband and seven-month-old daughter, Marguerite, who was born right after Christmas here in New York. So she is officially more of a New Yorker than I am!