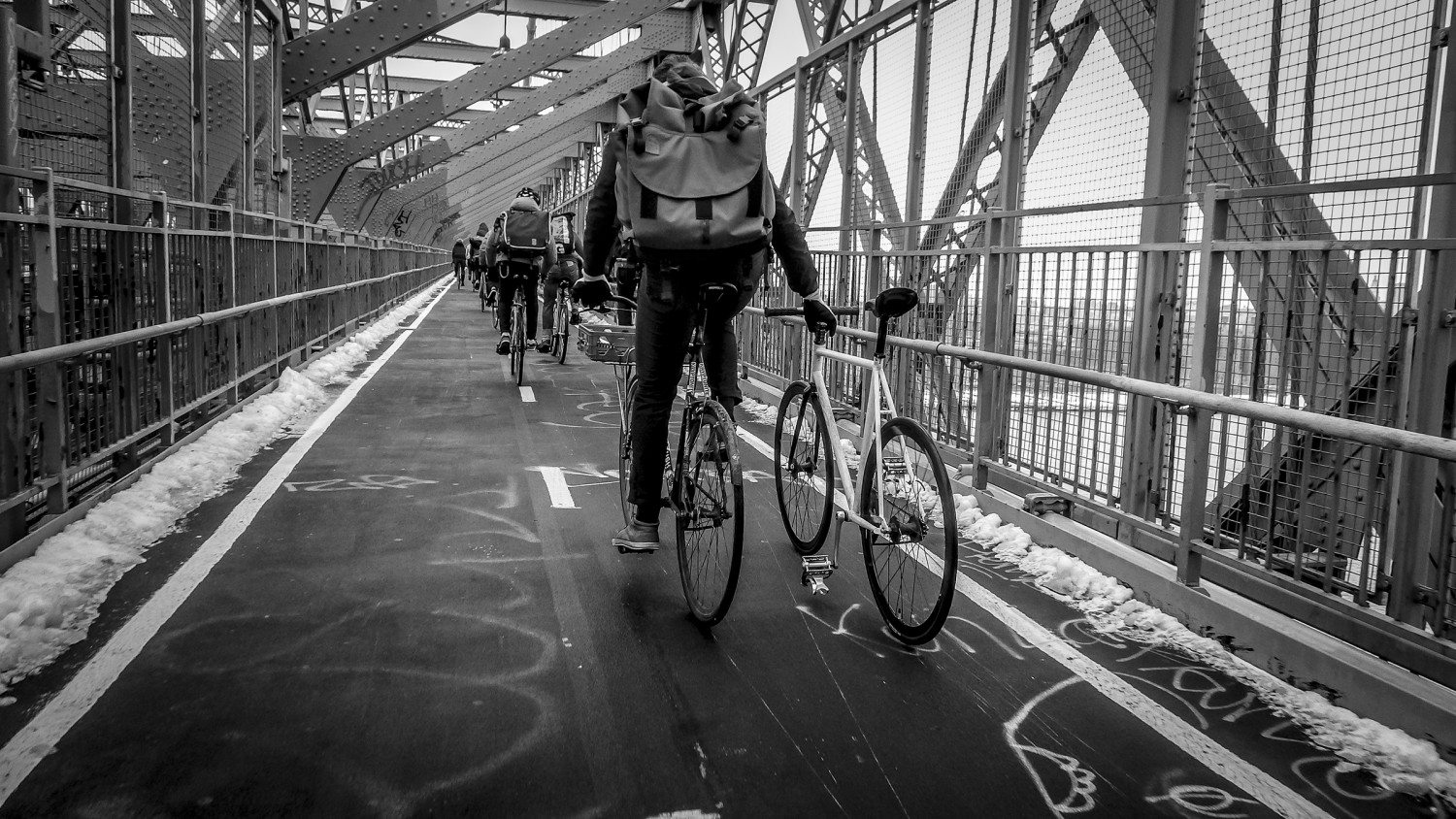 From Oct. 6 through Oct. 10, the 19th Annual North American Cycling Courier Championship — as sponsored by Clif Bar — will be making its New York City debut. The hardcore messenger race will descend on East Williamsburg when 400 of the best bike messengers in North America duke it out in a closed­ course work simulation for the title of North American Cycle Courier Champion. Speed, routing, package control, and politeness are integral to earning this honor and will all be tested throughout the competition. A host of side events such as skids, sprints, track stands, footdowns, quick locks, wheelie contests, and more round out the talent, athleticism, and goofiness of the weekend, coincident with Messenger Appreciation Day.

On Thursday, the R2 group ride of messengers arrive by bicycle from Boston. That evening, an art show crawl — celebrating messenger artists and related work — begins at the Chrome store in SoHo and crosses over to friendly galleries and bike shops in Williamsburg, finishing at the Superchief Gallery in Greenpoint.

Records have already been broken this year with State Bicycles sponsoring registration for nearly 100 women thus far, a staggering three times as many historically, according to Kelly Pennington of the Women’s Bike Messenger Association. “We are overjoyed by the messenger community’s support and eagerness for a New York City championship. While bringing closed course racing to Brooklyn streets has been challenging, we are incredibly stoked with the outcome and can’t wait for the races” said Event Director and multi­-time champion Austin Horse.

Austin continued: “A closed course race on the city streets of New York City is the gold standard for a laboratory setting in which we determine the best best bike messengers on the continent. I love how the NACCC brings people together in friendly but intense competition — it takes the natural kinship amongst messengers and supercharges it.” So why the expansion into New York this year? “I think so many people are coming because of what New York City represents to bike messengers. It all started here and they are coming to pay homage to this city.”

More info can be found online at www.naccc.nyc.