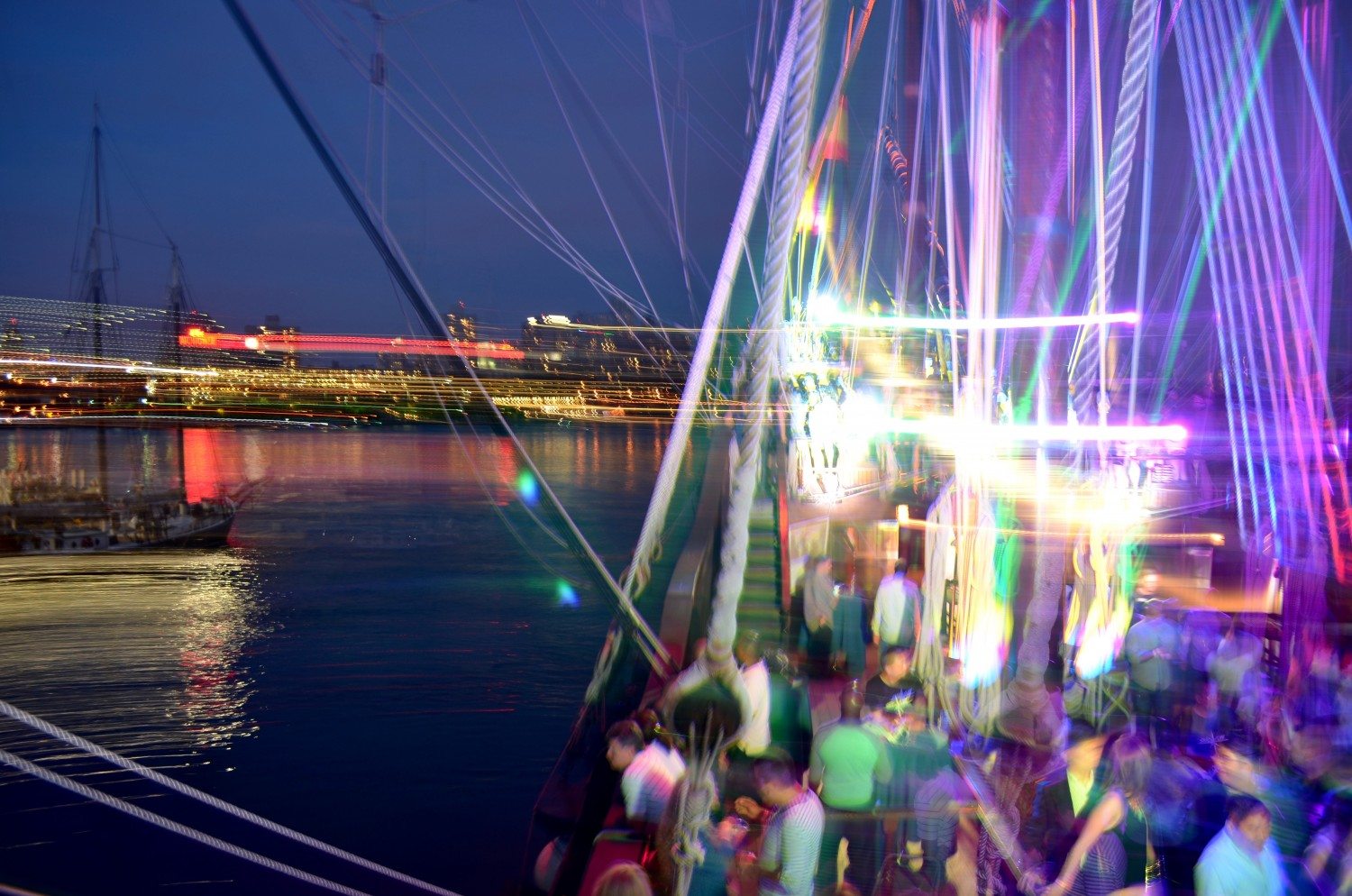 A great way to celebrate any event is with a pirate party, and on the Fourth of July, South Street Seaport decided to do just that. The venue for the event was El Galeon, an authentic replica of a 16th Century Spanish ship, fashioned to look like something straight out of Pirates of the Caribbean.

The ship was decked out with pirate decor, including silver coins, eye patches on the staff, and beach balls with a skull and crossbones on the front. The ship also had a fully stocked open bar, serving a variety of drinks alongside their special ‘Drunken Sailor Punch.’ DJ Yanic was also on board with a mix of popular songs. There was also a selection of hors d’oeuvres, making this everything you could want in a party.

The ship’s view of the fireworks was better than almost any other place in the city, with nothing to obstruct your view. Be sure to secure your seat for next year’s Independence Day.

The passengers didn’t need to be worried about getting sea sick, because El Galeon never left the dock. Passengers were free to walk on and off the ship as they pleased! Of course, nobody really wanted to leave the bumping pirate party once it started.

The ship is still at the dock, with tours available to those who want to observe a piece of nautical history and learn about the ways of the ocean from true Spanish sailors. However, these tours are only available until the July 12, so you’ll have to hurry.