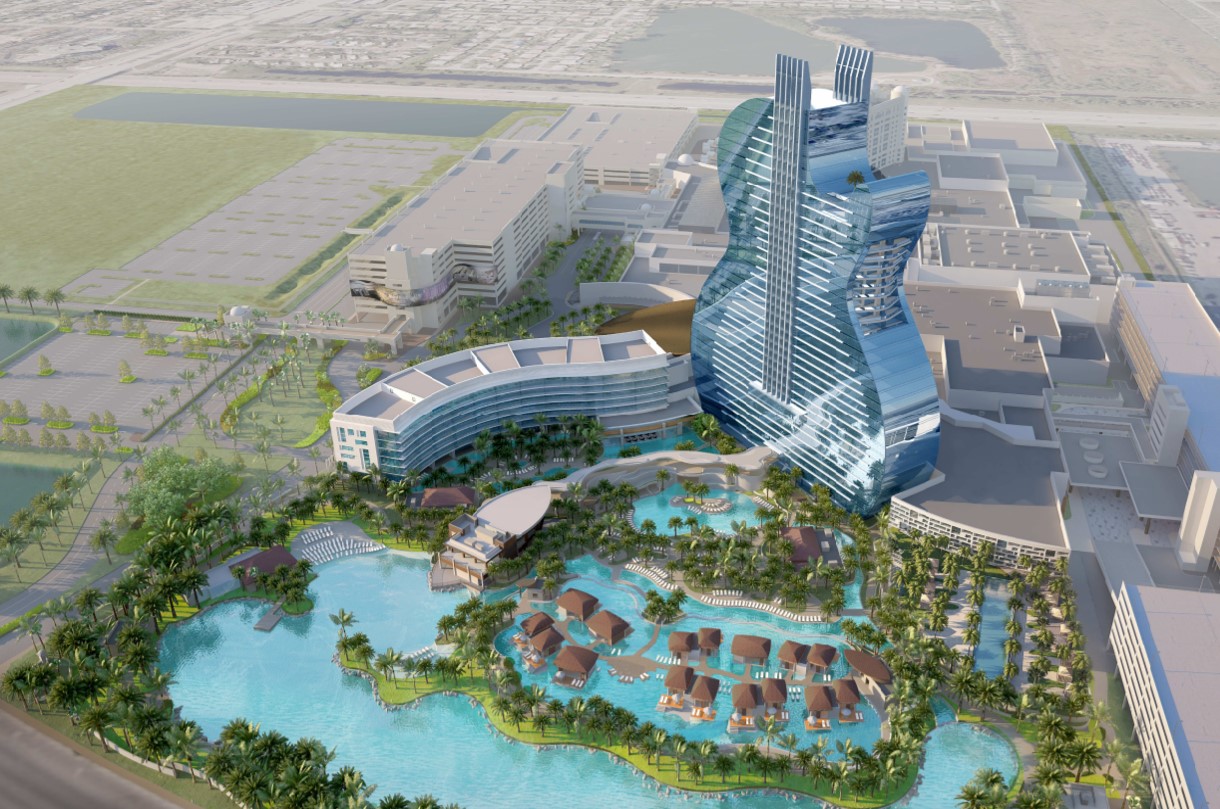 This fall, Hard Rock Cafe, Inc. is looking to change the shape of their franchise–and the size of their Rock ‘n Roll–with what CEO Jim Allen calls “the world’s biggest guitar.” This 400 ft tall guitar-shaped hotel is part of an expansion to Hard Rock’s Hollywood, FL hotel and casino, part of a $2.2 billion dollar expansion encompassing the Hollywood and Tampa facilities.

The expansion comes after record growth around the world, especially in their home state of Florida. According to Allen, these facilities have been operating at 98% occupancy since their opening, limiting their ability to expand and advertise. The move would add more than 2000 new rooms, as well as introducing some new features to the Hollywood location befitting a facility made, in part, into a giant guitar.

At “The Guitar-Shaped Hotel”, the pool is less of a place you go than a place you’re already at. The “Bora Bora Experience” is a tropical waterscape out of a Bond movie, stretching out from the hotel like a beachfront. If you don’t like walking, the “lakeside” Oasis Tower features swim suites: rooms with a porch that backs up to an exclusive pool for easy swimming. If that’s too far from the water, guests can rent full-service tipis built into the waterscape.

Of course, the heart of The Guitar-Shaped Hotel’s rock n roll spirit is the new, state-of-the-art Hard Rock Live, a 6500-seat entertainment venue capable of hosting A-list performing artists, major award shows, and anything in between. Designed to keep thousands of attendees as close as possible to the action, its farthest seat is only 165 ft away from the stage.