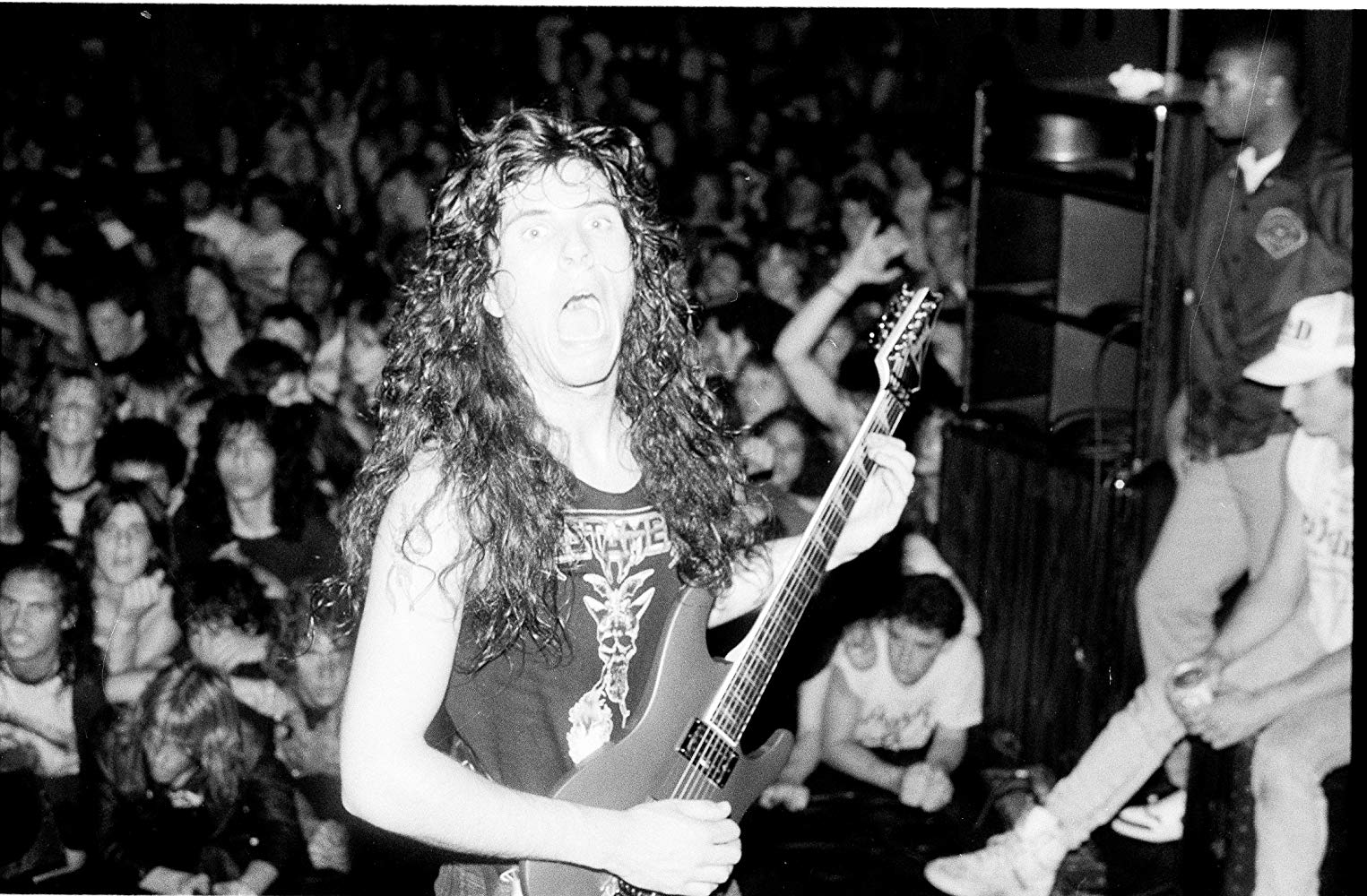 If I were writing this review in the San Francisco Bay Area in the early ‘80s, I’d be a dead man. It’s nothing personal; that’s just the way it was. I’m not a poser, but I am a casual, and that’s nearly the same crime. The local thrash metal community was tight-knit, offering fanatical support for metalheads and “death” to posers and outsiders.

Murder in the Front Row is the story of Thrash, the metal music subgenre which grew out of the Bay Area at that time. It’s the story of bands with surprisingly household names like Metallica, Megadeth, and Slayer. More than anything, it’s the story of the community that birthed these bands in a unique primordial soup of suburban angst and malaise.

MitFR is an unorthodox music documentary. Rather than focus on their globetrotting musical subjects, director Adam Dublin chose to focus on a small pocket of diehard fans who had been around since the birth of thrash metal.  “From our point of view,” Dublin said, “the fans and the people who made the flyers, took the pictures, went to the shows, and hauled the gear, were as important as what the rock stars were doing.” By the time he recorded his first interview with a musician, he had already talked to dozens of fans from the scene.

Part of this unique focus comes from the subject matter. MitFR was inspired by a table book by the same name, published by original mega-fans Harald Oimoen and Brian Lew. The book was a compilation of pictures from the early 1980s, sharing a piece of near-forgotten history that behind-the-music-type histories have glossed over. The book intrigued and inspired Dublin, who fought to convince Oimoen and Lew to let him make a documentary of the story behind those photos.

The story MitFR tells also leaves out most of the drama and scandal, preferring to focus on the camaraderie of the scene and the accomplishments of the bands in their early days. “If you want to see the ‘Behind the Music,” he told a crowd when asked about his selective coverage, “you can already find that online.” He wanted to tell a happier, more heartfelt story.

The result is a love letter to the fans, to a community that supported these now-famous artists, and to the unique connection they shared. “If you go back far enough in time,” says Dublin, “there was a point in time where James Hetfield (Metallica) was just an 18-year-old kid just like the 18-year-old kids who were watching him play. He was no more famous and no more anything. And that’s the moment we wanted to accentuate.”