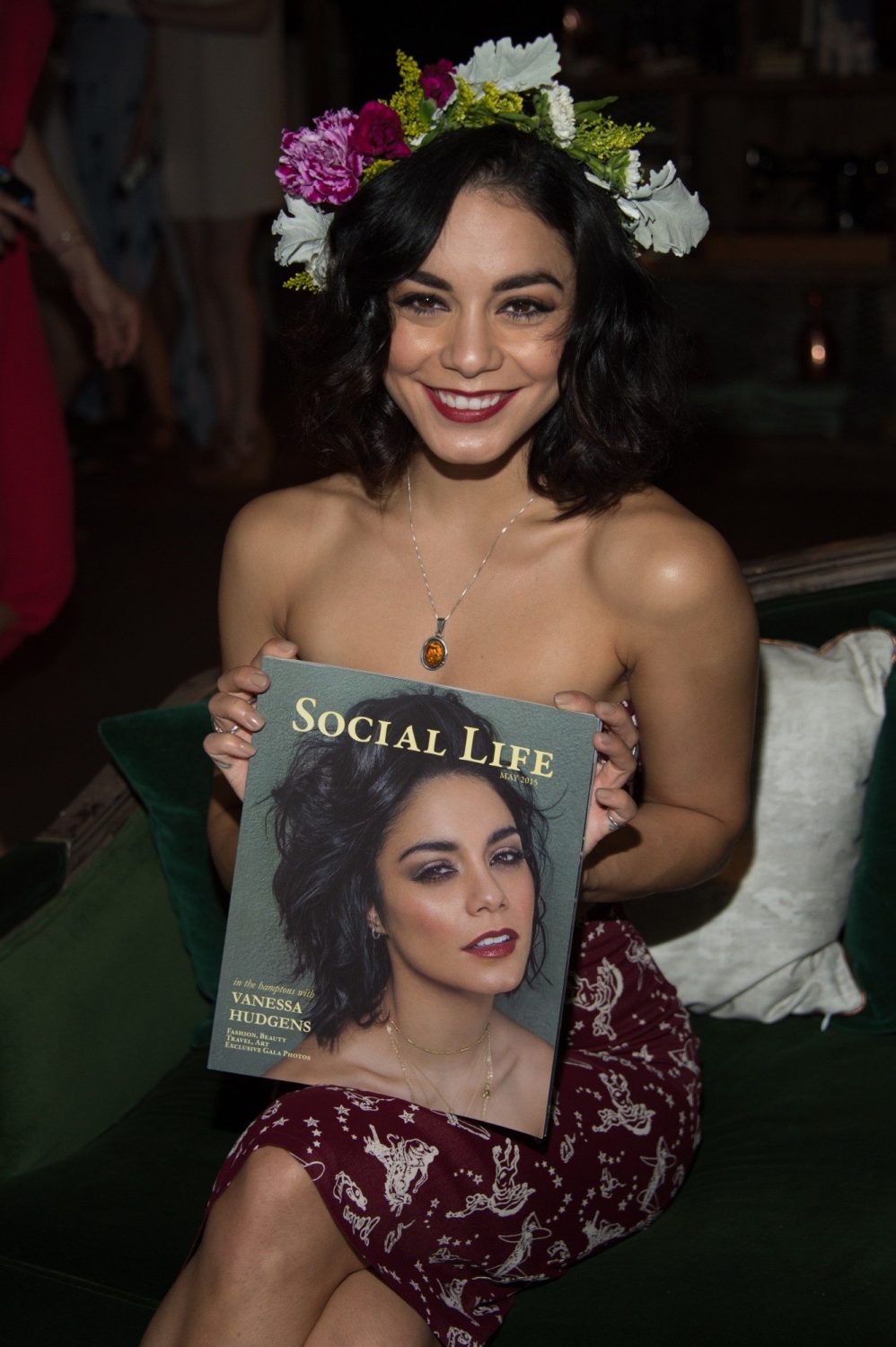 Vanessa Hudgens toasted her Broadway run in Gigi and her Social Life Magazine cover at the Absolut Elyx House in NYC on Friday, June 19th.  Guests were invited to don flower crowns by Stems Brooklyn and sample Absolut Elyx cocktails like the “Driving Miss Daisy” in chic cooper pineapples.  Hudgens sported a sexy crop top and posed for pictures before heading back to Broadway for one of her final shows. Next up, Hudgens will play Rizzo in a live action version of Grease.

Having a wide range on the screen and stage, the event captured the actress’ unique style, which is both colorful and whimsical. Hudgen’s cover on Social Life further exemplifies her role as a cultural icon on top of being an entertainer.