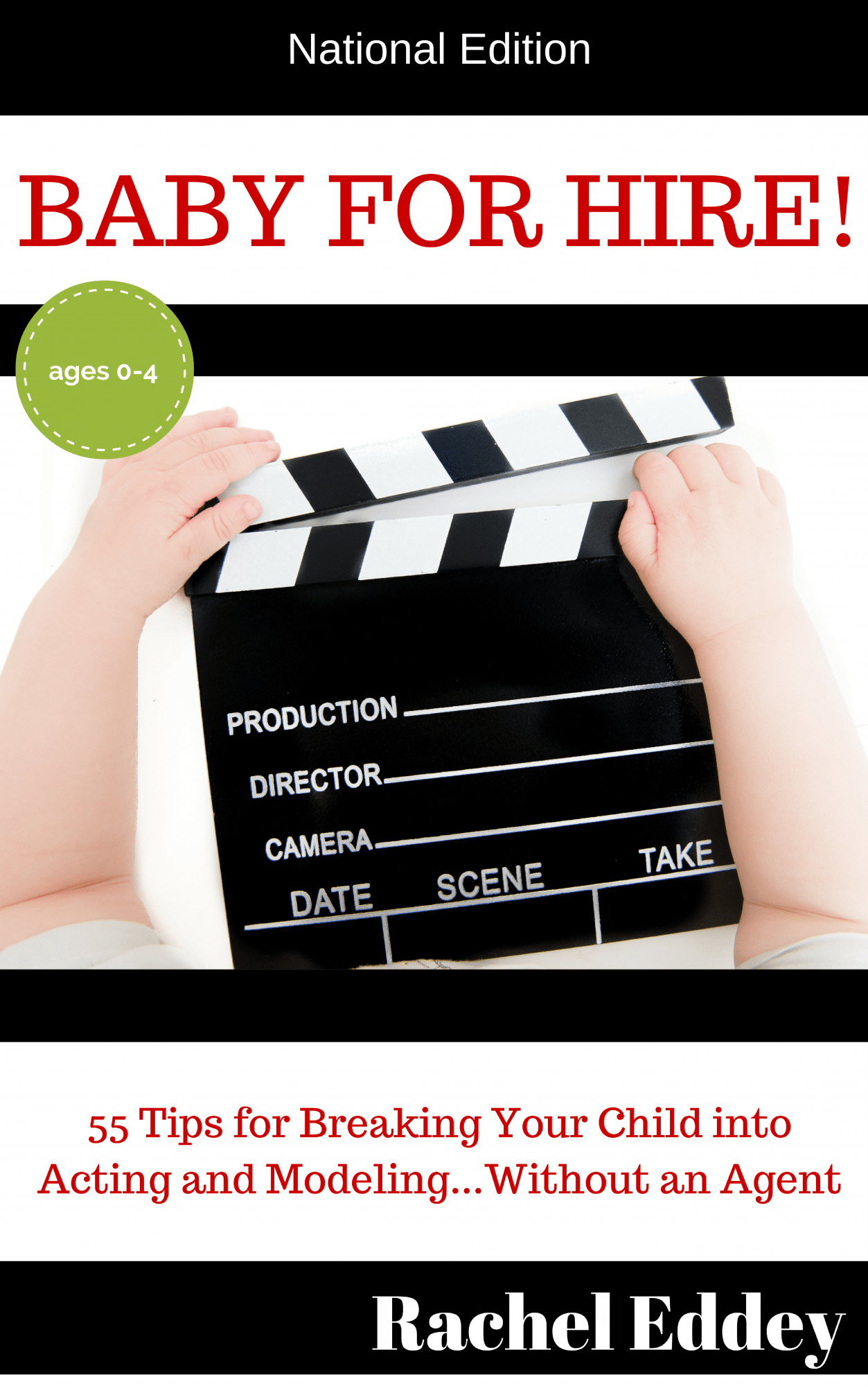 Rachel Eddey is a prolific New York City-based writer with a unique career path. While writing full-time for a major university would be enough of a career for most people, Rachel is also a freelance writer — New York Times, Newsday, the Huffington Post and Writer’s Digest are included in her credits — with two published books. Her first book, Running of the Bride, was a memoir about wedding planning. Her latest is Baby for Hire, a how-to on getting kids into acting and modeling, as based on her life as a “momager” of two.

Downtown caught up with Rachel to learn more about what led the former East Village resident to write Baby for Hire, which Advanced Reader called “practical” and “insightful.” Rachel can be visited online at www.racheleddey.com.

How would you describe your book to someone who hasn’t yet read it?

Rachel Eddey: Baby for Hire is a comprehensive guide for parents anywhere in America who want to get their children aged zero to four into acting and modeling. It is the only compilation by a mom and for a mom — or dad or grandparent — outlining the precise steps it takes to excel in this business. My philosophy is that your child does not need an agent or manager; in many ways, having representation can stall a young child’s career. Instead, Baby for Hire shows how parents, even those who work full time like I do, can maintain control and achieve success.

What have we seen your kids in?

RE: Grayson, 3, and Thea, 1, have been hired for dozens of projects such as the television shows The Blacklist, Blindspot, Red Oaks, and The Jim Gaffigan Show; modeling gigs such as Babies R Us and Nuby; music videos such as Beyoncé, Cash Cash, and Loudon Wainwright III; commercials such as Dannon and Culturelle; and several movies with A-list actors.

What was the first project that you got one of your children cast into?

RE: I got Grayson into a feature film when he was two weeks old. The casting called for a kid who looked Jewish for an implied circumcision scene. Grayson had just been through his own bris so when I submitted, I was all like, “Has experience!” Katherine Waterston played his mom and Margaret Colin played his grandmother.

One of Thea’s first gigs was a print and commercial shoot for an area hospital group. Grayson was actually hired for this first, but I brought Thea to set during Grayson’s shoot and the creatives admired her disposition, so they hired her as well. They ended up using her in several different marketing pieces and she made 15x more in payroll than her brother! (laughs)

Grayson on NBC’s “The Blacklist”

Is there a booking that you are most proud of?

RE: When Grayson was four months old, there was a Beyoncé music video casting. It asked for a baby who could pass for mixed race. I submitted Grayson, even though he’s as Caucasian as can be, partly from naiveté — they just wouldn’t hire him if they couldn’t use him, right? — and partly because I didn’t fully know how to read a casting; FYI, I tell you how in Baby for Hire. The production hired him and we were on the most amazing set for two days.

How did the decision come about to try and put one of your children into this field?

RE: I joked about getting Grayson into acting before he was even born. People kept asking if I’d go back to work after birth, so I kept saying I was going to shove my kid into entertainment and ride that gravy train. Eventually, I kind of forgot that it was a joke and started researching how to make it happen. With Thea, it was a conscious decision straight out of the womb.

Had you or any of your siblings auditioned for anything as children?

RE: No! My three siblings and I were not at all in the business. I’ve always been intrigued by the industry, though, and living in New York perpetuates that. More than anything, I wanted to ensure my children had exposure to eclectic and extroverted personalities so they didn’t end up as shy I child as I’d been.

Does a child actor or model need a social media site? A reel? An agent besides a manager?

All the best casting sites, which I detail in the book, allow for photos, résumés, reels, and size card information. Parents can self-submit their children to the available projects — often huge projects like commercials for Target and Macy’s or modeling gigs for Toys”R”Us and Gap — and these sites really become the foundation for a portfolio. It’s nice to have a social media presence, but as with any marketing tool, there’s a balance between it existing and it being a valuable resource. If you don’t want to manage upkeep, solicit participation from internet users, or engage in helpful dialogue, I question its worth.

Grayson in a PlayMags commercial

A lot of people have the stereotype of what “child stars” are like. What are you doing to try and avoid that from happening?

RE: The key is keeping a laissez-faire attitude about the whole thing. If Grayson or Thea books a particular gig, great; if they don’t, it’s no big deal. There’s zero pressure because, ultimately, there’s nothing at stake, and I convey that with my actions and reactions.

The problem with stereotypical child stars is the idea of expectation. They, often taking cues from their parents, feel deserving and entitled. I remind my kids to be thankful for every opportunity. And they really are having fun. Grayson wakes up on shoot days with excitement. I mean, he took my phone recently and was like, “Siri, where are we going? We have a commercial today!” He loves this stuff. And Thea adores new environments and new people, so she’s always happy to be on set. This is a treat for them. And it’s my job to keep it that way.

Do you have any other writing in the works at the moment?

RE: I’m working on a how-to book now tentatively titled How to Win Your Wedding. I won a ton of stuff for my own wedding — like two (!!) wedding dresses, a honeymoon, and diamond earrings, all from different contests — and people constantly ask me how they can achieve the same results. I talk about it casually in my memoir, Running of the Bride, but this’ll be an actual step-by-step guide. Both are part of a larger effort called “Spouses, Houses, and Babies,” which is a website I’m setting up now.

I’m also writing a television pilot with my husband and working with a screenwriter to adapt Running of the Bride.

RE: I’m casually spearheading a kindness project meant to shift negative dialogue into positive actions. It’ll be slow-going until I can give it proper focus, but I’m inching it along. The rest of my time I spend hanging with friends and family, watching The Mindy Project, and — unsuccessfully — convincing my children that they don’t need more ice cream.

Do you have a favorite restaurant in Manhattan?

RE: I absolutely love Blue Smoke. It’s delicious, so there’s that, but they’re charmingly into details. For example, they provide little kids with a cup of sprinkles and raw cookie dough in the shape of a pig and have them decorate their own desserts. They then take the cookies back and cook them, and they present them to the kids after their meal. For a more everyday haunt, I go to Indian Road Café in Inwood.

Is there anything that you miss about living in the East Village?

RE: I lived in the East Village for five years before moving uptown and loved it. It’s such an animated part of the city. I had it all mapped out — my grocery store, my drugstore, my gym. Hell, I even had a go-to picture framing shop. Uptown doesn’t have quite as many options, so I’ve learned to be creative with what’s in my radius; translation: dinner at Target! I visit the East Village regularly enough, though, that I haven’t had time to miss it.

Thea in a Montefiore print ad