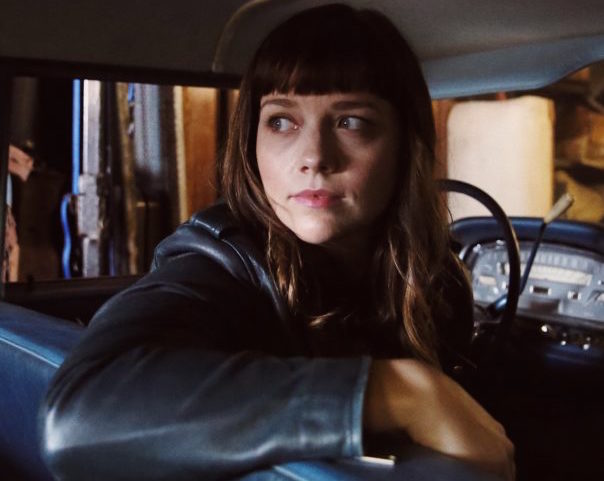 Lesley Barth has often wrestled with a sense of feeling like an outsider in her own life. The questions arising around the key to happiness; a sense of identity that deems outside validation unnecessary; the corporate grind. What is it all for, in the end? Barth’s hunger for a meaningful, mindful existence has resulted in her stellar sophomore album, Big Time Baby, all with a feminine 70s-pop sheen reminiscent of Jenny Lewis. Drawing frequent comparisons to songwriting greats such as Joni Mitchell, Carole King, and Fleetwood Mac, with a commanding and singular voice reminiscent of Natalie Merchant, Barth shapes these influences into a mixture of confessional songwriting, poetry, and wry observations about human nature. Big Time Baby is an album about feeling isolated, wearing masks, failing, rebuilding yourself, questioning societal norms, and the quicksand that is our modern non-stop notifications, performance-driven, social-media-optimized life.

“I learned that you can’t perform your life and live your life at the same time,” says Barth.  “There are moments where performing is what’s required.  But if we don’t take the mask off from time to time and connect to who we really are, I can tell you from experience that one day you will wake up and not recognize who you are and the life you’ve built for yourself.  I hope this album gives people hope that, no matter how uncomfortable or out of place they feel in their life, they can change it by finding the courage to take off the mask and really get to know who they are underneath.”

Barth paired her artistry with Philadelphia producer Joe Michelini (American Trappist, River City Extension).  The resulting three singles, all tinged with that 70s songwriter groove, speak to various stages of the process of redefining her life.  Woman Looking Back at Me, a disco-flavored tune, seeks to understand negative self-talk and distance Barth from the critical voice in her head.  The neon-cowboy-hued Nashville tries to understand better the internal demons that keep us away from the lives we want, and the catchy and empowering You Gotta Hand it to the Man is an indictment of the ubiquity of a patriarchal society and capitalism gone awry, with accompanying video criticizing the precariousness of the American health care system: “Almost all the savings I had for quitting my job got wiped away by healthcare costs, and I had to scramble.”

Lower East Side sees Barth immediately admitting to failure and a sense of unreadiness for the journey ahead.

“Making this album has been a rejection of the concept of ‘big time’ and ‘small time;’ living for other people’s validation is what got me into the whole mess of a life that felt foreign to me, so I wanted this album to be a declaration of who I am,” says Barth. She penned the album as her life became uprooted, and recorded it as she navigated the uncertainty of the structure of the gig economy.

“It’s an album for these uncertain times where many people feel their lives have been stripped to the bone, they’ve woken up from a daydream, and they weren’t sure what tomorrow would bring because that’s where I felt I was when I wrote it,” says Barth.