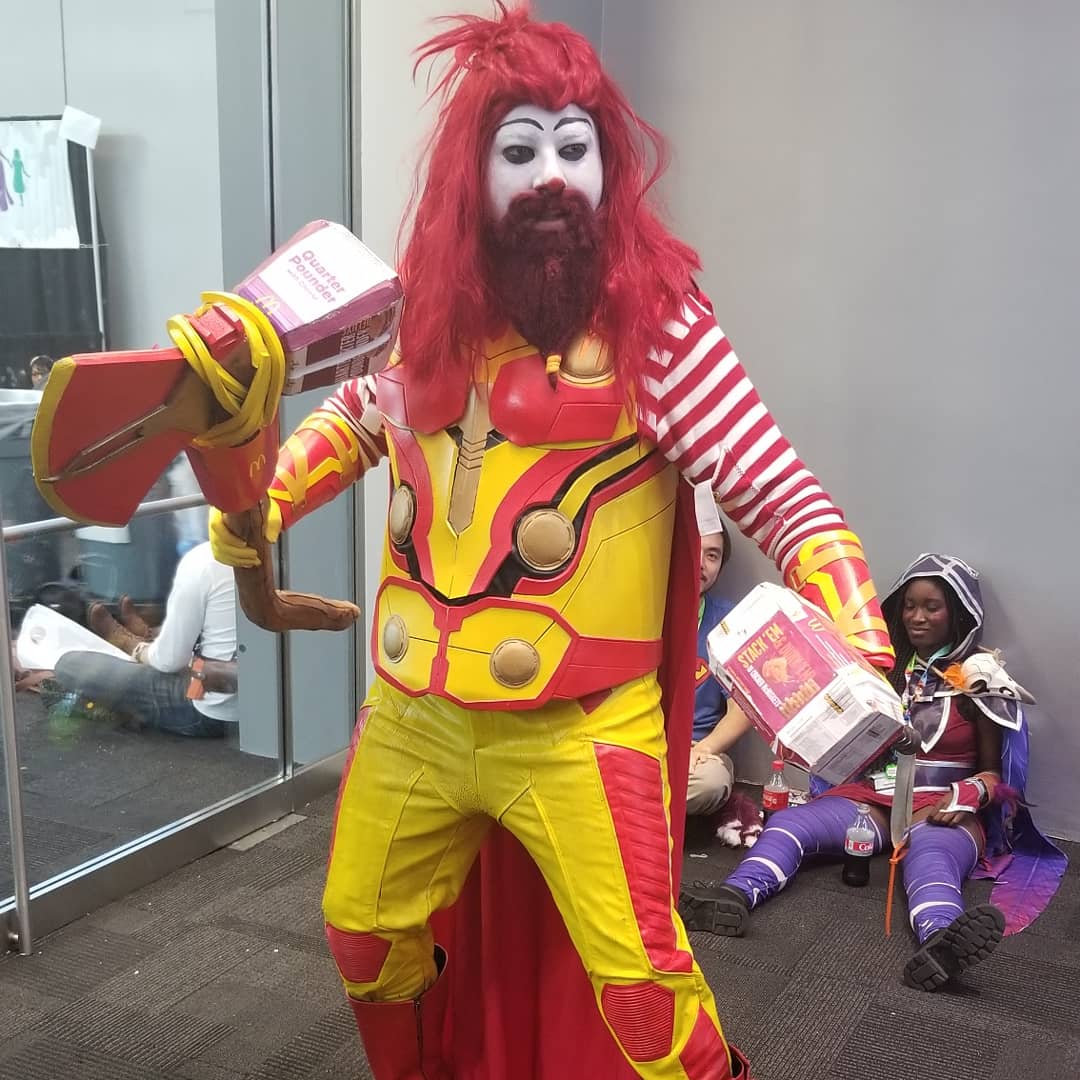 On the third day of New York Comic Con, Kyle Hill interviewed celebrity creator Adam Savage for an audience of thousands. Savage is famous for his sometimes-extravagant cosplays (dressing up as a beloved character) and inventions, and an audience member asked him about his favorite cosplay of all time. Savage said that he didn’t have a favorite, but that there was one kind that made him especially happy. He loved last-minute cosplays: a jacket with a well-known logo, or a signature tie cut out of paper and taped to a shirt. That small effort, he says, means that they chose to engage, to share and join in the celebration.

Fandom is a team sport: you can’t do it alone. But it’s a sport where you don’t always know who is on your team. You could work with Astrid in accounting for five years and you won’t know that she ALSO has every season of your favorite show on special edition blue-ray unless you see a picture or figure on her desk.

The first acknowledged intercity fan convention was Philcon, or the Philadelphia Science Fiction Conference, in 1936. It was small–about 9 people–and mostly consisted of talking about science fiction while playing craps. Still, it was the culmination of years of pen-and-paper interactions in letters and in the personal pages of magazines like Weird Tales. HP Lovecraft, one of the authors who grew out of this community, was notorious for his extensive correspondence through letters and submissions to the personal pages of magazines. Some of his letters were said to be novella-length.

These fans rarely had anything in common outside of science fiction–Lovecraft, an outspoken bigot and anti-semite, famously softened his edge as he communicated with fans of different races, religions, and ethnicities. Through the personal pages, fans managed to find each other and start small clubs, meeting to discuss stories and even create some new ones. Philcon was the result of that, as well as a beginning. Three years after the first Philcon, science fiction fans founded Worldcon–the World Science Fiction Convention–which has been held almost every year since 1939.

The explosion of new media content in the last couple of decades has opened that fan culture up to a broader audience, causing some of these Cons to swell to bursting. But it has also increased isolation outside of Con culture. Sure, your officemates will probably be excited to talk about the new Avengers movie, but what about your undying passion for Yuri On Ice? Who has read Rebecca Roanhorse’s book Trail of Lightning? Being a lone fan can be an isolating experience.

That’s why almost everything you can do at a Con comes with a question: do you like this thing the way I do? Are you going to this panel? This fan meetup? Do you recognize my cosplay? It’s a way to connect; to find camaraderie. It’s a little girl dressed as Jyn Erso going up to everyone dressed as Princess Leia to give her the plans for the Death Star. It’s why Adam Savage is so excited that a fan decided, even at the last minute, to share and contribute. “I see you,” it says, “and I think it was awesome too.”