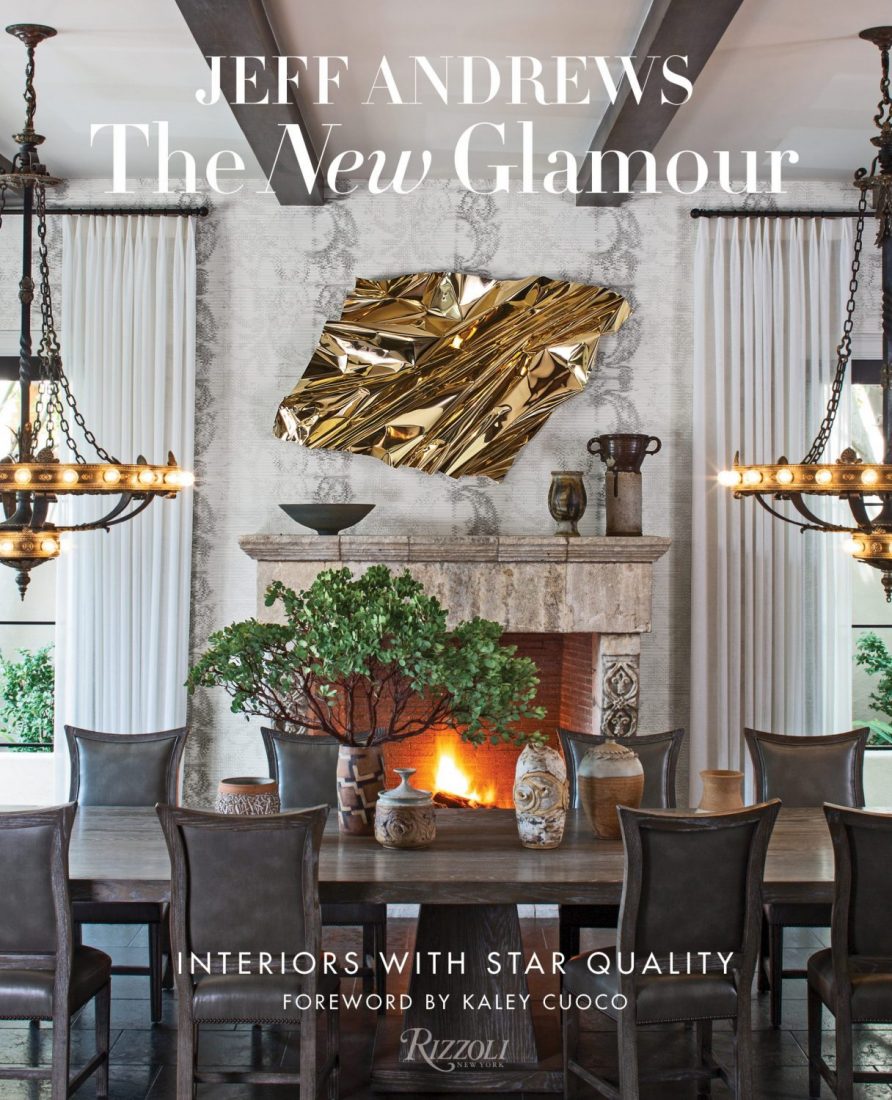 The New Glamour: Interiors with Star Quality, by Jeff Andrews and with a foreword by Kaley Cuoco (Rizzoli), brings the designer’s trademark high style to the pages of this beautiful monograph. Andrews first book to date, The New Glamour explores some of the utterly mesmerizing interiors he’s created for his celebrity clients while also expanding on his ever-fascinating philosophy on design.

Between bringing his visions to life and his adept manner of including the most unexpected choices to the delight of all, the interiors and the stories that adorn these pages will have you itching to redecorate your own home. Love the idea of cinematic drama in your entryway? Take a look at some of the sweeping staircases Andrews designs, which still somehow never appear too formal to intimidate. Every interior is inviting, sensuous, and showcases each client’s personality.

In her foreword, actress Kaley Cuoco describes how she immediately felt about Andrews as “love at first wallpaper,”—a feeling that seems to be par for the course for him.

Andrews grew up frequently moving around South California—where Old Hollywood Glamour was very much still alive—and quickly learned to acclimate to new situations. Despite his love of decorating, Andrews became a professional dancer and then a choreographer, eventually working internationally with companies such as Reebok, Sketchers, Vans, and Puma to put on live performances. It wasn’t until he decided to settle down and purchase a 1920s Spanish home that Andrews truly became an interior designer in his own right. He then began the design process of creating what he calls, ‘The New Glamour.’

Since then, Andrews has designed interiors for clientele that includes big names such as Kourtney Kardashian, Kris Jenner, and Ryan Seacrest among others. He also has a furniture line with A. Rudin, a wallpaper line with Astek Wallcoverings, and a rug collection with Mansour Modern just to name a few of his collections. Andrews’ incredibly sophisticated eye and beautifully balanced interiors should be studied and perused on a regular basis. You can (and should!) purchase The New Glamour here.