From Copycats To Capital: How New York City Built Its Bulletproof Fashion Credibility 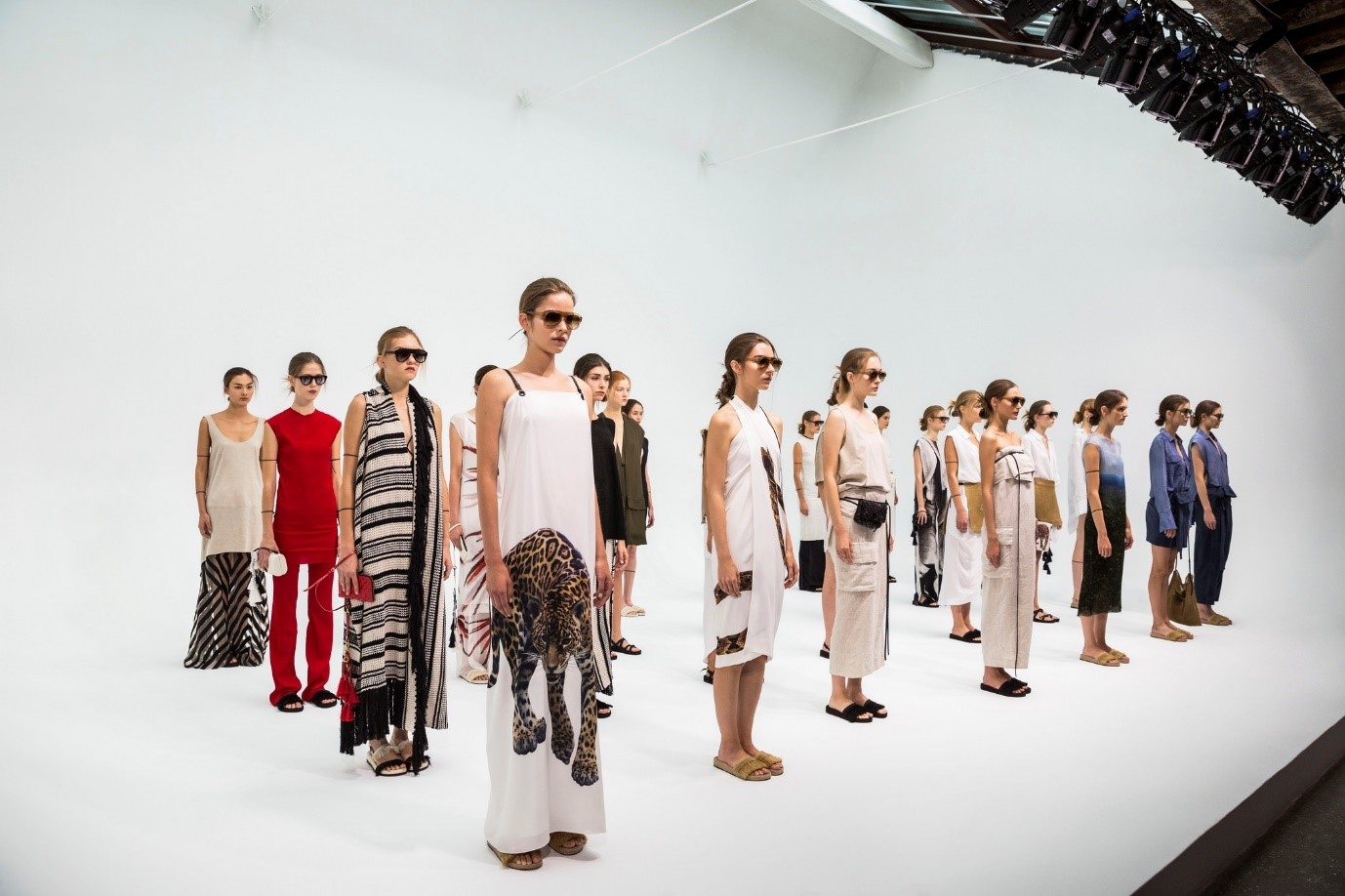 Julian Blades is Managing Director at Jules B, a fashion retailer that has been dressing stylish men and women for over 30 years. In this article, he explores the progression of New York City’s fashion industry from its origins to the present day.

Ask anyone with a passing interest in fashion where the fashion capitals of the world are, and you are likely to hear the same names: Paris, Milan, London and New York. Each one has contributed significantly to the fashion industry over the years, and each is a hub where the biggest shows are hosted and the most talented designers live and work. Their influence on trends spans the globe, and anything going on in each city is carefully observed by a worldwide network of bloggers, journalists, and stylists.

While Paris and Milan are old world fashion centers, with heritages that stretch back hundreds of years, London and New York stand apart as the two newer capitals, having established themselves in the 20th century. For London it was the swinging 60s and the explosion of punk fashion in the 70s that put it on the map, but it was under the less appealing circumstances of World War II that New York City rose to become another of the world’s fashion capitals.

Let’s have a closer look at New York’s fashion credentials, and why it will continue to be a superpower for generations to come.

A light in dark times

By the time the USA entered World War II in 1941, Paris and Milan were already neck-deep in a war that had engulfed the entire European continent. Therefore, the fashion press could not travel to either city as freely as before due to the huge instability and safety concerns.

As part of the war effort, New York City’s Garment District was put to task manufacturing clothes, parachutes, and other essential material supplies for the troops. This burst of activity, coupled with the complete shutdown of the European fashion press, proved to be a turning point for the USA’s budding homegrown fashion industry.

The isolation of the country from Europe forced American designers to look inwards for inspiration, rather than across the Atlantic where they had traditionally taken their trends from. With nothing to base their designs on, these former copycat clothes-makers began to experiment, giving birth to a number of new styles and silhouettes.

This new domestic movement was marked by the creation of “Press Week” in 1943, which would later become known as New York Fashion Week. The event was the idea of Eleanor Lambert, who was Press Director of the New York Dress Institute, American fashion’s first promotional organization. The aim behind the week was to fill the void left by the absence of Parisian fashion, and give designers from the USA a platform upon which they could showcase their designs.

It became evident that Press Week was a huge success when publications like Vogue, which had previously concentrated on European trends, started to feature American designers. The week became an annual event, and in the 1950s it became known as the “Press Week of New York.”

Birth of the American designer

With its own annual fashion week, New York could begin to exert its influence as a fashion powerhouse over both the USA and the rest of the western world. From the designers that began to make a name for themselves, a few stood out from the crowd, and none more so than Charles James, who earned himself the nickname of “America’s first couturier.”

James was a British-born designer who became famous for his extravagant ball gowns in the 1940s and 50s, but he didn’t start his career with fame. Rather, he started by struggling in the same way that many U.S.-based designers had before the beginning of the war. In Charles’ case, he opened a series of hat stores, which had mixed but limited success. It wasn’t until he moved into a new hat store above a garage in Murray Hill, Queens, that he began to concentrate on his dress designs.

Charles James’ dress designs often had a structured bodice, small waist, plunging neckline, and a full skirt. Although, he also focused on making women’s fashion more practical, which led to his creation of the “taxi dress,” which was so easy to put on it could be “slipped on in the backseat of a taxi,” and the Pavlovian waistband, which expanded after a meal.

He viewed his creations as works of art, a sentiment that was shared by his customers, earning him many admirers and a long list of women who coveted his gowns. James’ dresses were celebrated for their lavish fabrics and the high-quality tailoring that went into each one. He continued to work in New York, and later Paris, before returning to the city and retiring in 1958.

Charles James was one of the first in a tradition of ground-breaking designers to build their careers in New York City throughout the 20th century. Others that followed included such household names as Ralph Lauren, Calvin Klein, Tommy Hilfiger, Michael Kors and Marc Jacobs. These designers have managed to reach the pinnacle of the fashion world thanks to the hard-working ethic of their forebears, combined with a healthy dose of the flair and innovation the New York industry has become renowned for.

Another of the New York fashion industry’s major contributions to the world has been its focus on sportswear — a movement created to cater to the busy lifestyle of the American woman. This style brought together a range of interchangeable separates, such as blouses, skirts, shirts, and shorts, which were originally designed for relaxed, casual wear at spectator sports. The idea caught on, and helped to lay the foundations for the ready-to-wear fashion movement that appeared later and still thrives to this day.

Today, New York City stands as one of the “Big Four” fashion capitals of the world, along with Milan, Paris, and London. Each of these capitals has its own Fashion Week which attracts the world’s industry media, and these events have become a true signifier of a city becoming a fashion capital. The events in New York’s own fashion week had remained scattered around the city, connected only by the time that they took place, until 1993 when Fern Mallis, Executive Director of the Council of the Fashion Designers of America, oversaw their transition to a single location.

Now, this unified event takes place twice a year in February and September, showcasing the Spring/Summer and Fall/Winter seasons for a multitude of fashion houses from around the world. There have been other cities that have launched their own showcases, such as Berlin and Tokyo, but the traditional “Big Four” have remained the premier events at which to launch a new line of clothes. With its position as a world-leading city both in and out of fashion, New York has the connections, infrastructure, and pedigree to keep its place as an industry trailblazer for many years to come.

Has the story of New York City’s fashion industry captured your attention? You can read about it in more detail, as well as explore some of the city’s golden fashion rules in Jules B’s guide to New York fashion.