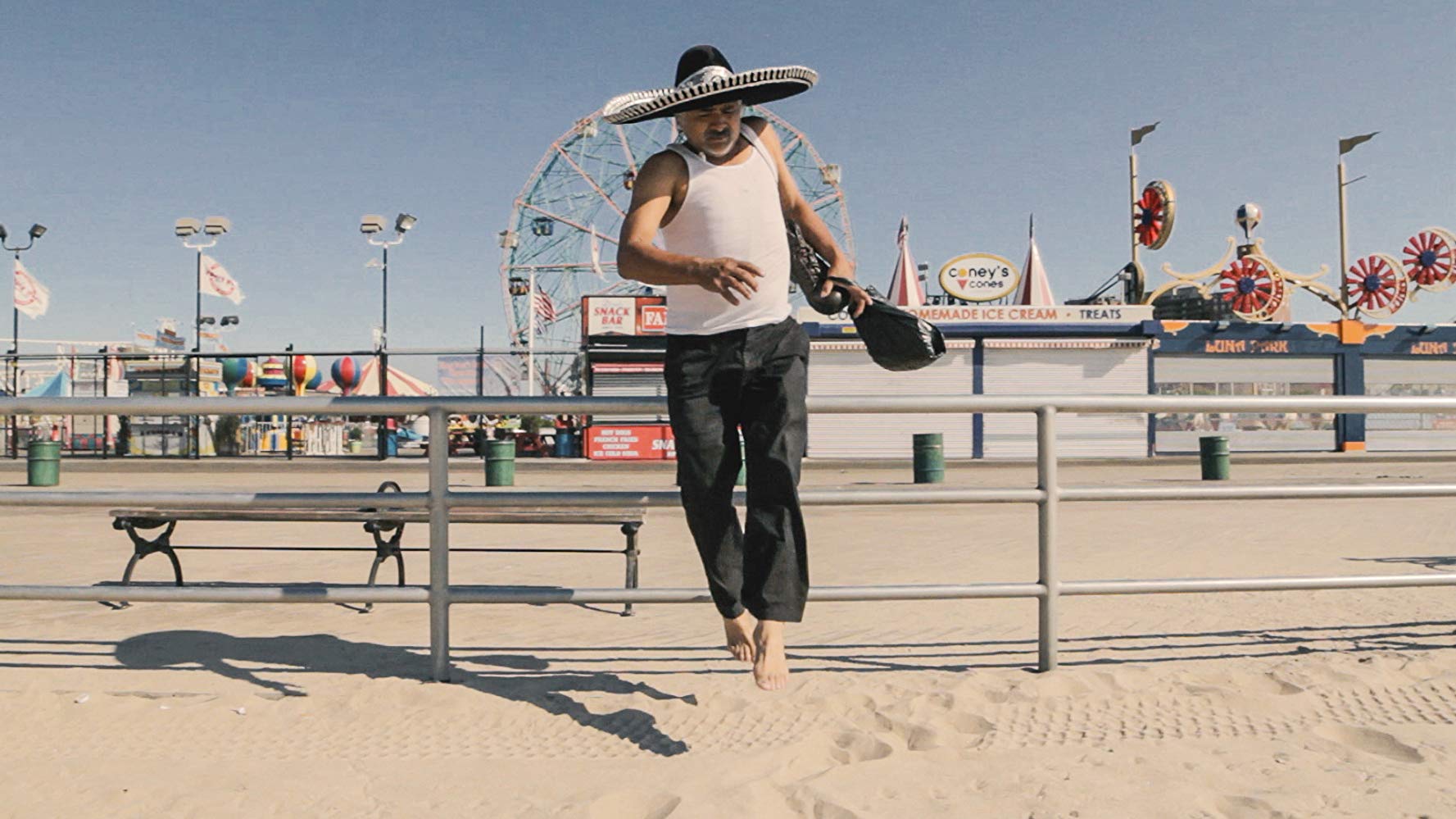 Four hundred years ago we were introduced to Don Quixote, an adventurer who fled the mundane world for imagined battles with wizards and giants. From the opening of “I’m Leaving Now,” it is clear that directors Lindsey Cordero and Armando Croda see their subject as another adventurer. Felipe, an undocumented worker, whistles and sings to himself as he drags a cart full of collected bottles behind him.

“We left each other long ago

But now it’s my time to go back.

You were right,
I’m going to listen to my heart,

Because I’m dying to go back.
I’m an adventurer,
And I don’t even care.”

Unlike Don Quixote, Felipe’s adventure is only too rooted in the mundane. He left his home for the US after the birth of his youngest son, living in Brooklyn without papers to raise money for his family. He works at least three jobs, including collecting cans and cleaning bathrooms at a Hassidic synagogue. He wires as much money as he can back home to his wife.

“I’m Leaving Now” picks up at what seems to be the end of his journey. After 16 years, he has purchased his ticket home and will be leaving shortly. We see the charismatic migrant celebrating a victory lap, saying goodbye to the friends he’s made along the way.

Then disaster strikes. One of his sons tells him that the family is swimming in debt and they need him to stay in Brooklyn. So starts a two-year journey in which Felipe, perhaps for the first time, considers staying in New York. Should he stay with his friends, his jobs, and a budding romance, or return home to the family which lost his money and a son who has only ever heard his voice.

Some of the footage feels forced, or even invasive. One scene in particular, in which Felipe is nuzzled between the breasts of a prostitute, made me wonder how much control Felipe had of his own privacy during the filming process. Other scenes feel scripted or directed, with forced dialogue and emotions. The directors do not attempt to hide manipulation, with details like the weather revealing a jumbled timeline forced to fit a more narrative structure.

In spite of that, it is easy to feel for Felipe in his most genuine scenes. He seems very happy with Dionicia, a girlfriend who he acquires over the course of the film, and feels torn and hurt in conversation with friends. “I’m Leaving Now” is a window into the life of an undocumented worker in the US, telling a unique story of a much more mundane adventure.