Duran Sandwiches Has Pumpkin For Halloween 2016 & Beyond 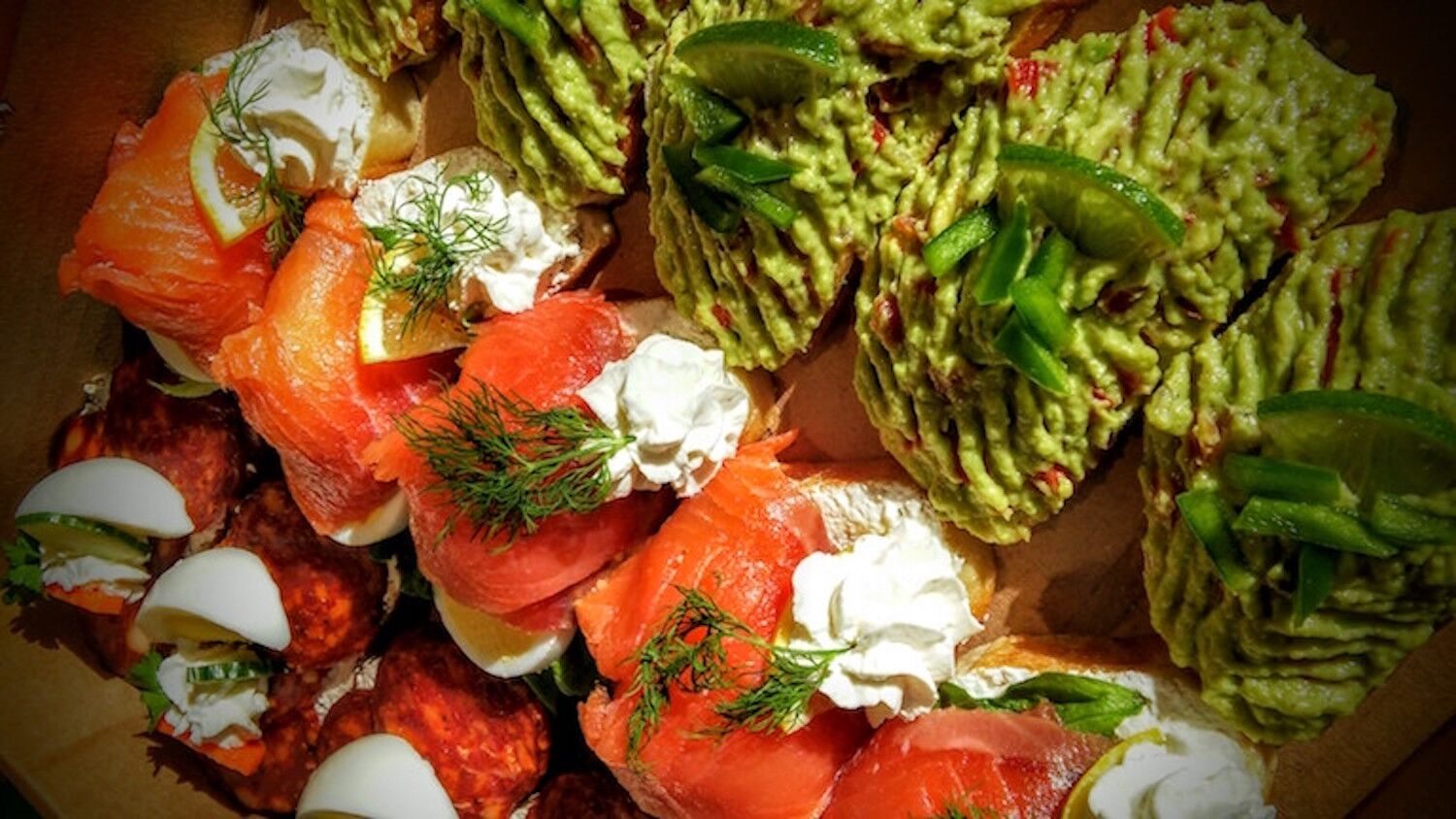 Tamás Szebeni, owner of Duran Sandwiches, went from shooting the Hungarian version of American and British entertainment shows like X Factor, Dancing With The Stars, and Big Brother to operating a quaint sandwich shop in Gramercy.

Today, he still does voiceover work for Master Chef from his New York City apartment, but dedicates most of his time to running Duran, whose visually-petite and masterful creations that can be seen from down the block.

The petite, open-faced sandwiches are remarkably less common here than in Europe, but people are digging the chance to create their own tiny smorgasbord of several tiny sandies.

These include variety of meat, seafood, vegetarian and vegan selections layered with Duran Cream. Some of these include Spicy Hungarian Salami, Hot Pepper Egg Salad, Smoked Salmon with celery root puree, farmer’s cheese, egg and tomato, the vegan Avocado Smash, with tomatoes, onion and lime juice, and the Sundried Tomato, with a blend of fresh and sundried tomatoes and the unique addition of dates for an earthy sweetness.

For fall, their new arrivals are Pumpkin Spice sandwiches made with fresh pumpkin purée, mascarpone cheese, fresh ginger, nutmeg and either Chili pepper topped with red beets and sprouts, or cinnamon topped with golden beets, sprouts and pumpkin seeds

“Each sandwich is handmade like a piece of cake,” said Szebeni. “After four months of practice and hard work, everyone knows how to make them.”