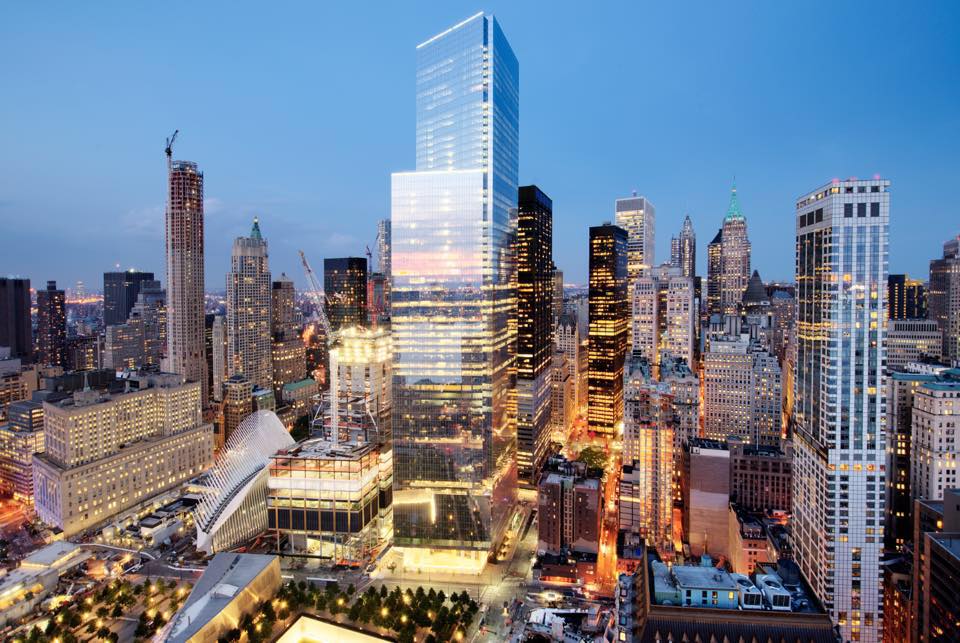 NEW YORK (March 30, 2018) – At yesterday morning’s Downtown-Lower Manhattan Association (D-LMA) annual meeting, Rick Cotton, Executive Director of The Port Authority of New York and New Jersey spoke of the progress at the World Trade Center campus, his vision for the future of the Port Authority and the confluence of the Port and D-LMA’s missions.

“We are headquartered at 4 World Trade Center. We view ourselves as part of the Lower Manhattan community,” said Cotton. “The Port strongly supports the mission of the D-LMA and we look forward to continuing to work with you as we ensure Lower Manhattan remains a vibrant business community.”

During his remarks, Cotton spoke about the transformation of the World Trade Center site into a premier office and retail destination. He highlighted the Perelman Performing Arts Center’s recent lease approval by the Port Authority in February and the positive impacts the Center will bring to Lower Manhattan. Groundbreaking is scheduled for next year.

“Over the past 15 years, the Port has dedicated significant resources to the revitalization of the World Trade Center. The results have been extraordinary. We are now at a place where we can talk about the completion of work at the campus and get the last critical piece [the Performing Arts Center] from the drawing board to reality.”

Executive Director Cotton also addressed key components of the Port Authority’s 10-year, $32 billion capital plan, which features prominent redevelopment projects at each of the region’s three major airports. This includes the $8 billion comprehensive redevelopment of LaGuardia Airport, which will be the first new airport built in the U.S. in 20 years; the $2.7 billion construction of a new Terminal One at Newark Airport, which will break ground this spring; and the advancement of Governor Cuomo’s Vision Plan for JFK Airport, with a master planning process underway as well as discussions with terminal operators regarding their redevelopment proposals.

The executive director discussed his vision for the way forward as the Port addresses the key challenges facing the agency. He identified improved safety and security, a greater focus on ethics and integrity, increased diversity and inclusion and the implementation of global best practices for customer service as essential for the Port Authority’s future success.

“Over fifty years ago, the D-LMA founding chairman David Rockefeller forged a partnership with the Port Authority and it’s amazing to see what we together have been able to accomplish for Lower Manhattan,” said Downtown-Lower Manhattan Association President Jessica Lappin.