Domino Park: The Journey from Sugar Refinery to Public Park 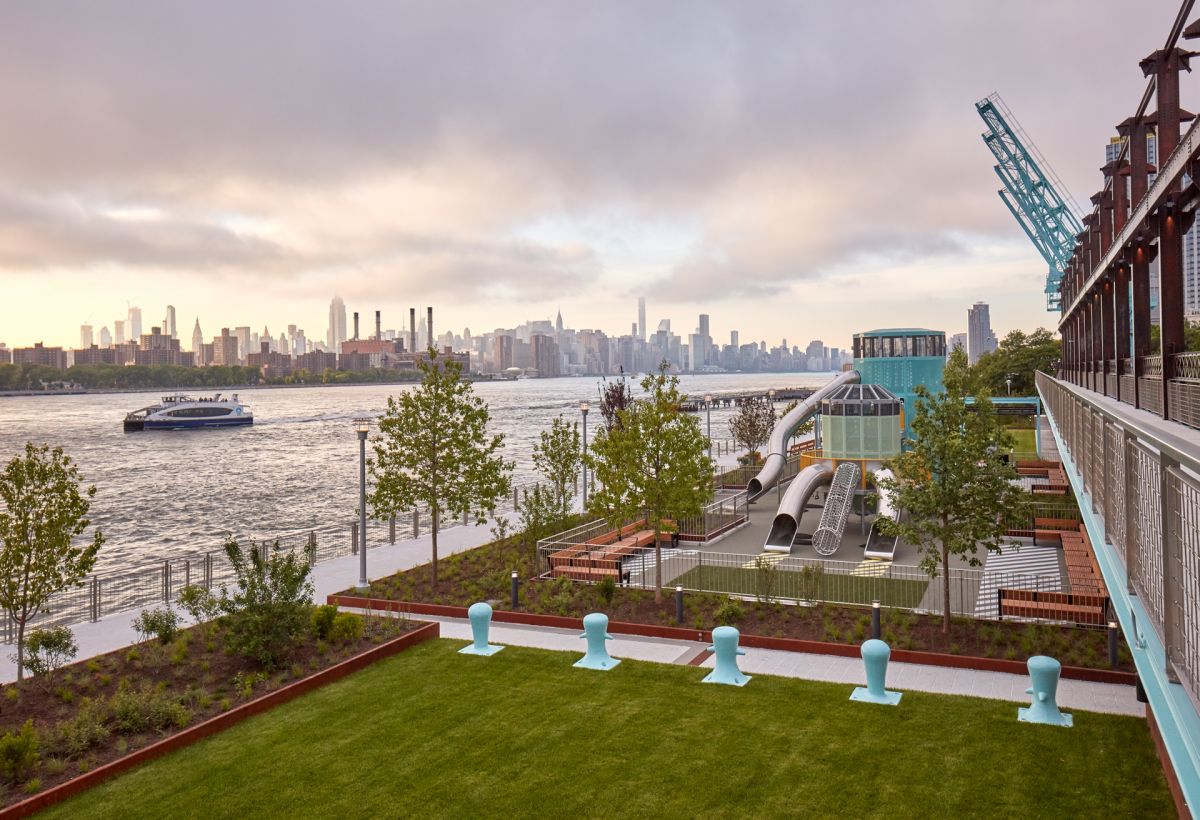 A year ago, James Corner Field Operations, the design team behind the New York High Line, revealed that they would be designing a 6-acre public waterfront park on what used to be the Domino Sugar Refinery. Today, the park is finally open to the public as Domino Park.

Built as a tribute to the families who have worked in the factory, this park has opened its gates for the first time after more than 160 years.

At its peak, the refinery was considered to be not only the largest but also the most productive, refining 4 million pounds of sugar daily.

The Domino Sugar Refinery produced 98% of the sugar in the United States, all from the comfort of the Williamsburg location.

Due to the social and economic changes in the 1950s, Domino Sugar Refinery began to slow down. By 2004, the sugar refinery permanently shut their doors.

The park features an extension of River Street. Historically, the views of Manhattan were not accessible to the residents living around the abandoned refinery, which was something the architects behind this project wanted to eliminate. The park now has a 1,200-foot-long waterfront esplanade that allows a panoramic view of the Manhattan skyline and Williamsburg Bridge.

In addition to its surroundings, the park also created recreational spaces that include a Japanese garden that holds up to 100 guests and a four-tiered seating area decorated with syrup tanks from the refinery.

The park welcomes its guests to bring food and enjoy the view, or even purchase food from Taconia, conveniently located in Domino Park.

“The design will reconnect New Yorkers to the East River waterfront and foster interest in the history of the site and the surrounding neighborhood,” said Lisa Switkin, Senior Principal of James Corner Field Operations.

Though the factory has new features, the history of the refinery is celebrated. The factory has a five-block-long artifact walk. This includes over 30 large-scale handpicked pieces from factory machinery, as well as Kara Walker’s A Subtly installation.

Domino Park also aims to educate the younger crowd with Sweetwater Playground. Designed by Mark Reigelman, known for his public art installations, his concept of Sweetwater aims to take children through the sugar refining process with ramps, tunnels, and slides.

This park is now open to the public seven days a week from 6 AM to 1 AM. For more information on Domino Park, check out their official website.