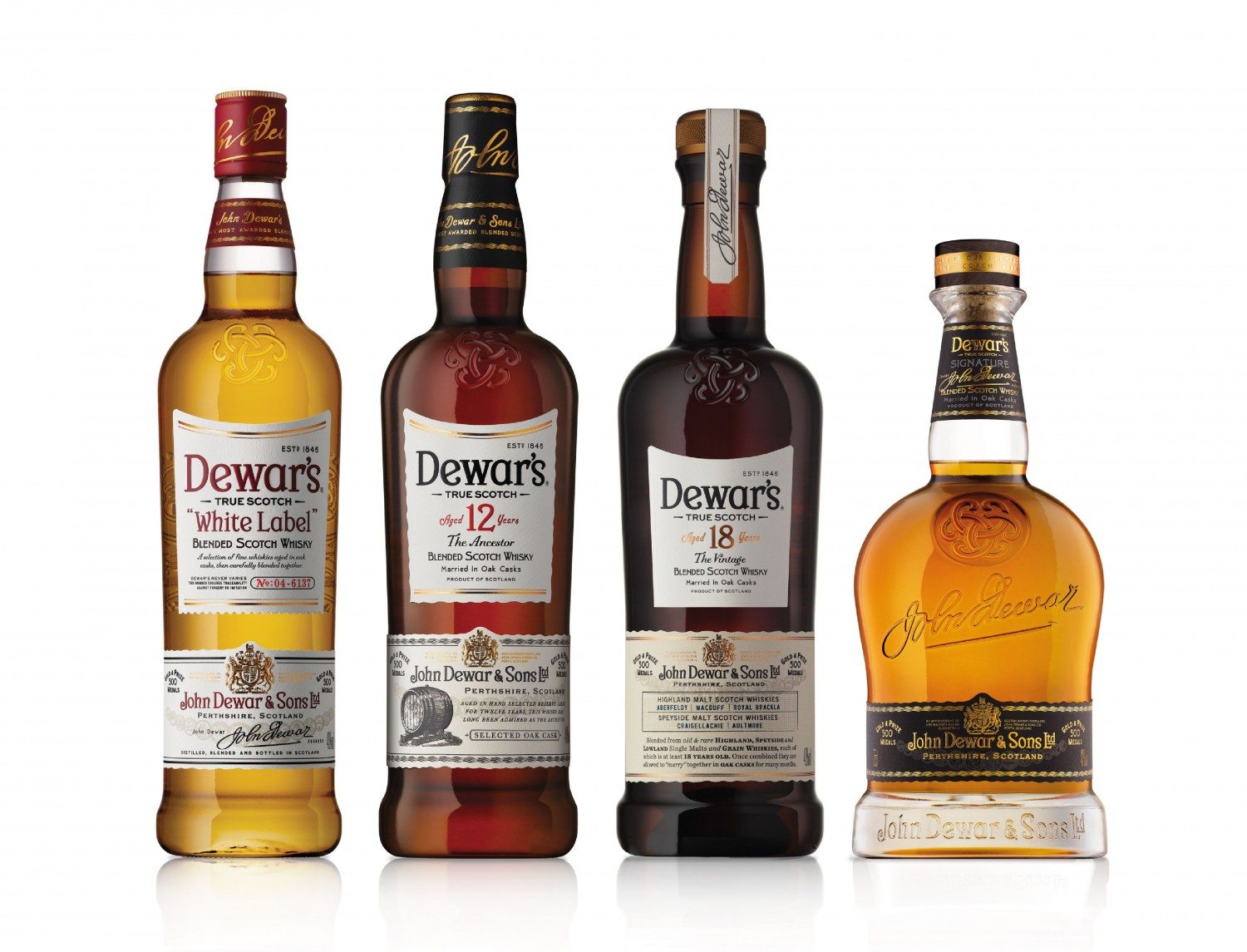 With more than 500 medals earned in international competitors, it is no surprise that Dewar’s makes the top-selling blended scotch in the United States. Founded by John Dewar, Sr. in 1846, Dewar’s originated in Scotland and its acclaimed White Label variation was created in 1899. Presently, John Dewar & Sons, Ltd. — the parent company of Dewar’s — owns five whiskey distilleries in Scotland: Aberfeldy, Aultmore, Craigellachie, Macduff, and Royal Brackla. In spite of that rich history of success and tradition, Dewar’s has evolved with the times and continued to create new blends for its loyal customer base; Dewar’s Scratched Cask is the latest variety, as released last year.

In advance of National Whiskey Sour Day, which takes places on Aug. 25, I reached out to Dewar’s to learn more about what makes the brand so special. Ultimately I was put in touch with one of its ambassadors, Gabriel Cardarella, who has been working with Dewar’s since 2009. Gabriel — or Gabe, if you get friendly — proved not only to be knowledgeable about Dewar’s and its history, but also the history of scotch and whiskey as a whole. Unfathomable amounts of passion for his career comes out whenever he is asked a work-related question, which was inspiring to see; how often do you hear that a person truly loves their job? However, the jury is still out as to whether it should be spelled “whiskey” or “whisky.”

For more info on National Whiskey Sour Day, click on over to its page on www.liquor.com. Dewar’s keeps a site of its own at www.dewars.com, in addition to Twitter and Instagram pages. Gabe himself is on Twitter and LinkedIn.

Where the idea for National Whisky Sour Day come from?

Gabriel Cardarella: I’m not entirely sure of its origin, but I’m not going to fight it. Whisky is often used to celebrate occasions. I like the idea of making whisky the occasion of which you celebrate.

Recently National Scotch Day took place on the same day as the Bar Exam. Was that a coincidence

GC: Doesn’t whisky taste just a little better after a long day? I’ll be sure to keep an eye out for the post-Bar Examers. Perhaps a Dewar’s 12 Year Old for all the hard work.

When did you first become aware of Dewar’s?

GC: Dewar’s is an interesting name. It’s one that’s associated with the history of whisky as well as my own personal history of drinking. I love history and one of the amazing things about Dewar’s is its authenticity and story. If you were to read about the history of whisky, eventually you’d read about Dewar’s. I remember reading about Repeal Day years ago and a story of Dewar’s being one of the first imported whiskies was probably my first experience.

As my palate and appreciation for spirits evolved, it was only inevitable I made my way to scotch. I dove into single malts and blended whisky and was always looking for the next dram. I actually found out that Dewar’s White Label was one of my favorite whiskies. It’s just a great “I’ve had a long day or flight” whisky. I often just drink it with a lot of ice — it gets really sweet as the ice cools and melts. But a highball is awesome, too!

When I could afford it, I made my way to the older malts and blends. Dewar’s 18 — FANTASTIC!

For those that are unaware, what makes Dewar’s THE scotch whisky?

GC: Now you’re speaking the language of my school’s alma mater: THE Ohio State University. Dewar’s is utterly-authentic, pioneering and with its marrying process, some of the most complex whisky folks have the pleasure of trying. To me, when I drink Dewar’s, it’s much more than just whisky in a bottle. You’re drinking 170 years of experience and stories and history. That’s what makes whisky amazing, when you’re sharing it with great people over great stories. Not just sharing a story that was made up in a marketing department, utter authenticity is what it’s about. That’s what makes Dewar’s “THE.”

How did you get started in this field?

GC: As a commitment to not having my life disrupted by routine. I fell in love with traveling and storytelling at an early age, and was eager to see as much of the world as soon as I could do it. I didn’t go to school thinking, or knowing for that matter, that I could have a career as a North American Whisky Ambassador, but when my professional raconteur and rambler career evolved, the opportunities presented itself.

Seven years ago I started with Dewar’s and my job is to be able to tell you everything about whisky — which I’ll happily do — but being that Dewar’s has so much history, I’ve become more of a storyteller. What’s amazing is I get to tell a great story about the whisky I’m sharing with you. Sometimes I have to pinch myself.

What is your favorite part of your job as a brand ambassador?

GC: The storytelling, sharing, traveling and getting folks to see and feel the passion that I do for such a great whisky.

Some people spell it “whiskey” and others “whisky.” Is there a right spelling?

What is your favorite variety of Dewar’s?

GC: Who’s your favorite kid? Tough one, right? We have a wonderful portfolio of malts and blends of which I approach based on my mood. How I drink it, what age I prefer, blend or a malt all depends on what mood I find myself in. But if I were stranded on an island and got to take one with me: Dewar’s 18 Year Old. It’s like barrel-aged marzipan drizzled in honey.

Is that the first one you’d ever had from Dewar’s?

GC: Dewar’s White Label is the first I’ve had.

Do you have a favorite New York bar that serves Dewar’s?

GC: I’m lucky as most bars serve Dewar’s. Again, this is a mood-based thing, New York City offers so many different vibes for whisky-drinking. I tend to avoid the “fireplaces and golf buddies” scene and head for cocktails at Attaboy or Highlands if I’m looking for a Dewar’s 15 Year Old or Royal Brackla 16 Year Old. But don’t get me wrong, I’ll be at a dive bar, paying cash for a Dewar’s White Label in a dirty glass, too.

What’s coming up for the brand beyond its participation in National Whisky Sour Day?

GC: The brand is always looking for new ways to share the stories, history, and liquid with consumers. Keep an eye out for some exciting things happening in New York City this fall.

GC: I’m lucky, my job is my lifestyle. When I’m not working, I like to spend my time outdoors, in my Jeep, or on my Triumph, looking for a new river to canoe down or road yet to travel, rambling around North America sharing our amazing story and whisky.

Do you have a favorite non-Dewar’s brand?

GC: “There’s no such thing as a bad whisky, just some that are better than others.”

Finally, Gabe, any last words for the kids?

GC: Stay out of your dad’s liquor cabinet.