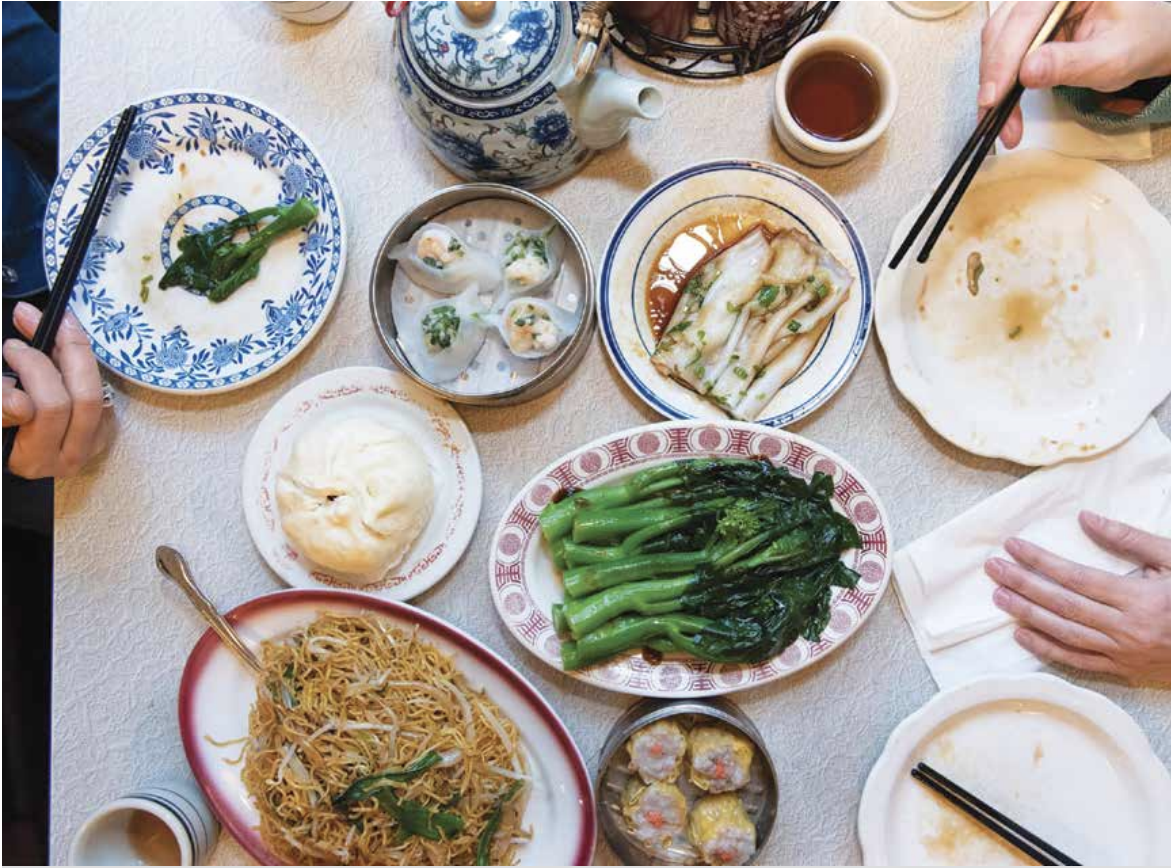 by Deborah L. Martin with photography by Bochun Cheng

CHINATOWN HOLDS A SPECIAL PLACE in the hearts of New Yorkers. Vendors shrieking, the smell of the fish markets, roast duck and pork gleaming in red and gold festooned windows; the sights and sounds of Chinatown are embedded in our DNA. Chinese and non-Chinese alike eat at favorite dumpling and noodle shops, and vigorously debate which bakery makes the best pork buns and almond cookies.

New York’s Chinatown is the largest in the United States. It is one of the last neighborhoods in the city to remain relatively un-gentrified, and though there are signs of encroaching hipsterism it remains, for the most part, uncompromisingly Chinese. It is a treasure to be protected for the families, the shopkeepers, and the restaurateurs, whose history is inextricably tied to the history of New York. It reminds us that immigrants came here—either recently or many generations ago—to make a life, while preserving their own cultural traditions, and in so doing they helped write our New York story.

Doyers Street—known as the Bloody Angle for its sharp bends and its part in the deadly Tong wars of the 19th century—sits at the heart of Chinatown. I explored Doyers, Pell, and Mott Streets with Shirley Dluginski, a working actor (Orange is the New Black, Gotham) and native New Yorker who grew up in Chinatown. We started our journey on the corner of Pell and Bowery at the Edward Mooney house, and ended with dim sum at historic Nom Wah Tea Parlor, which opened its doors in 1920. DT