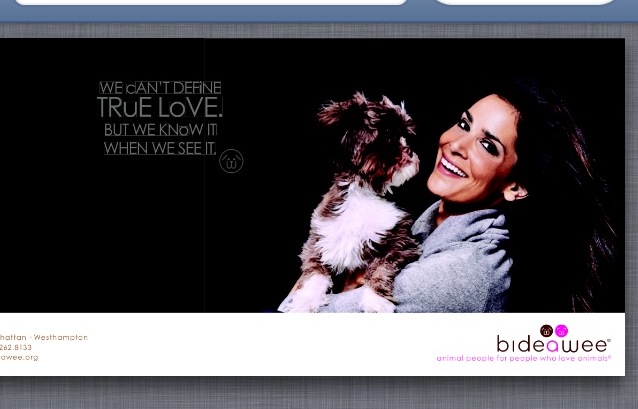 New York actress, model, and television host, Dayna Hart is spearheading the launch of Give & Get; a philanthropic website that matches fellow New Yorkers to a organization that fits the potential donor’s needs and vice versa.

The organization features two key components. First, the website will provide people with a menu of charitable options and non-profit organizations in their community and beyond. Those options will also be broken down into several areas of charitable interest (i.e. Animal Welfare, Education, Women’s Rights, and so on).

Also the Give & Get website will feature a series of archived videos provided by the charitable organizations to allow even further background and information about their work. Periodically, the main feature will rotate to give another nonprofit the spotlight. Participants in this new platform will be able to get inspiration in the world of Giving and the hope is the they Get something significant for having contributed.

As a student in the Masters of Science in fundraising management program at Columbia University, Hart saw a real need for people to get involved in the many organizations that deserved their support.  She researched which areas the organizations needed the most help and explored people’s reasons for not participating in philanthropy (or at least not on the level they might like).

Most of her findings concluded that organizations needed added exposure to maximae their potential in enrolling new volunteers from different demographics and/or keep current donors engaged and connected to the organizations mission.

Her conclusions came from surveying a wide demographic of the New York community and led to her understanding that people really want to help and be a part of something “bigger,”but too often just don’t know how or where to start.

Hart kept hearing the same story of “I really want to help and give back but I’m just not familiar with a lot of organizations and I don’t know what they do or need.”  On the other side, the organizations were asking, “How do we reach potential donors and volunteers, (that we know would want to help if they could See the work we do),  with so many competing organizations and with so little resources?”

From this, the concept of Give & Get was born. It provided a way to connect the community to the causes it cares about most. In a sense it’s a nonprofit “matchmaking service” to serve the local New York community and it’s remarkable philanthropic culture.

Hart is a former Ford model who made her acting debut starring along side Isajah Washington and Vivica A Fox in the independent film Dr Bello . She has worked as reporter covering the White House Correspondents Association Dinner and magazine releases for Beyoncé and Kim Cattrall.
Look for the site’s premiere in March at www.giveandget.org