Check Out The Cutest Dog Costumes in All of NYC 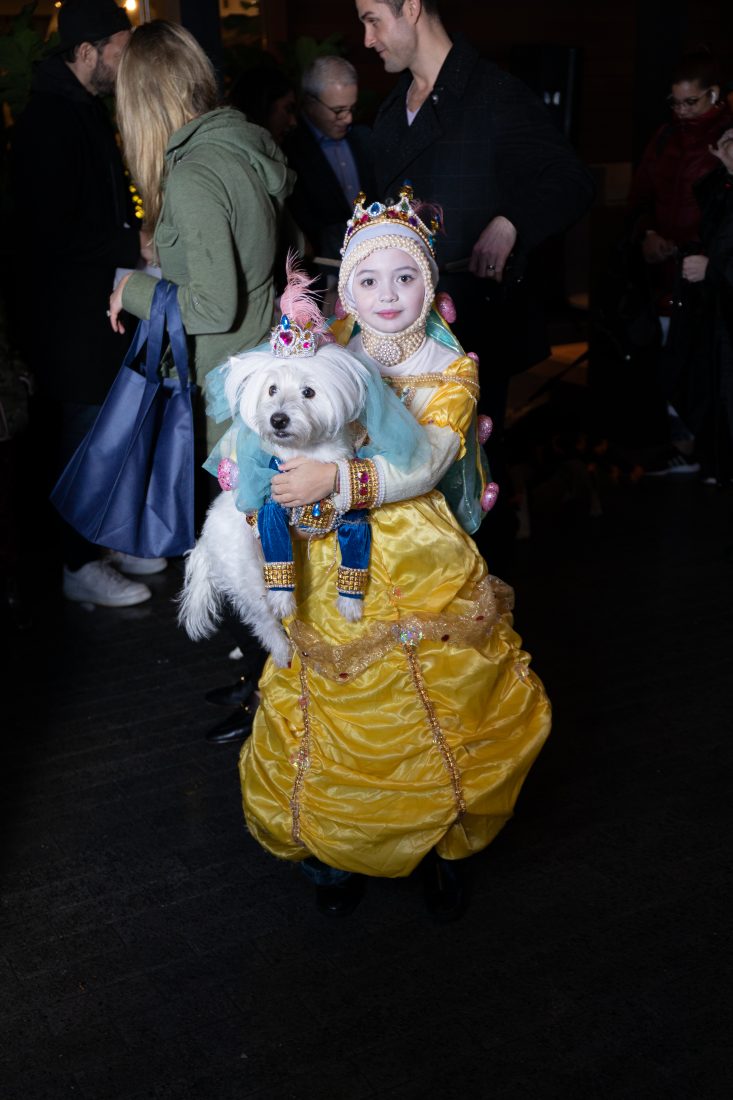 Barktoberfest 2019 is over; everybody won. Well, we all got to see adorable dogs in great costumes, but only some of those dogs won prizes. Over the course of the evening, ten top dogs won nine prizes for their puppy parents. It was a tough competition, but it wasn’t because of the rain; our judges had to choose between more participants than ever before! More than 80 pups and 200 people showed up for Downtown’s biggest Barktoberfest event.

On October 29th, hundreds of pups and people descended on the Seaport at Pier 17 for Barktoberfest, a canine costume party celebration. The event was hosted by Downtown Magazine and POOCHI NYC. Downtown Magazine’s Pawblisher Barclay publishes his own column in the magazine. POOCHI NYC is a professional dog-walking service offering memberships to NYC Pawrents with pooches at home.

A group of seven expert judges chose winners for 6 categories and three runners up, with prizes for all.

We know this is why you’re really here: the puppy pictures. We don’t blame you.

Runners up received a one-year subscription to Downtown Magazine. For one year, they will able to learn about all of the cool stuff happening downtown, and their furry friends can learn about local doggie do’s with Barclay’s Spot.

Our 7th place winners were a tag-team, a pair of partners. These army pups won their owner a gift basket from Eatily.

This went to a pair of owners, and one adorable infomercial of a pup. This chia pet won its owners a trip to the Fabio Doti Salon on Wall Street.

This next pup was a Prime choice for 5th place. This Amazon Prime Pup won our hearts, as well as a Gift Certificate for Worth Street Veterinary Center.

This princely participant won his owner a hair makeover from Fredric Fekkai with David Cotteblanche.

Our third-place winner was also our “funniest costume.” It makes a lot of sense–this pup is a real joker. Pepper won himself a beautiful new dog bed from MGBW.

Our second-place winner is also competing in another contest, a heated political bout that won this dog “Best Headline-of-the-Day” costume. Bernie Sanders himself came down to the competition, looking a little furrier than usual, to collect a dinner for four at the Tribeca Grill.

First prize went to a repeat pup. Last year’s winner (she was a fortune teller) returned as a grandma. If you think the costume is impressive, you should have seen her walk her walker on her hind legs. This walker-walking pup’s parent will walk away with an overnight stay at the Four Seasons.

Some candid pics of some other participants. Nobody was a loser with awesome costumes like these.