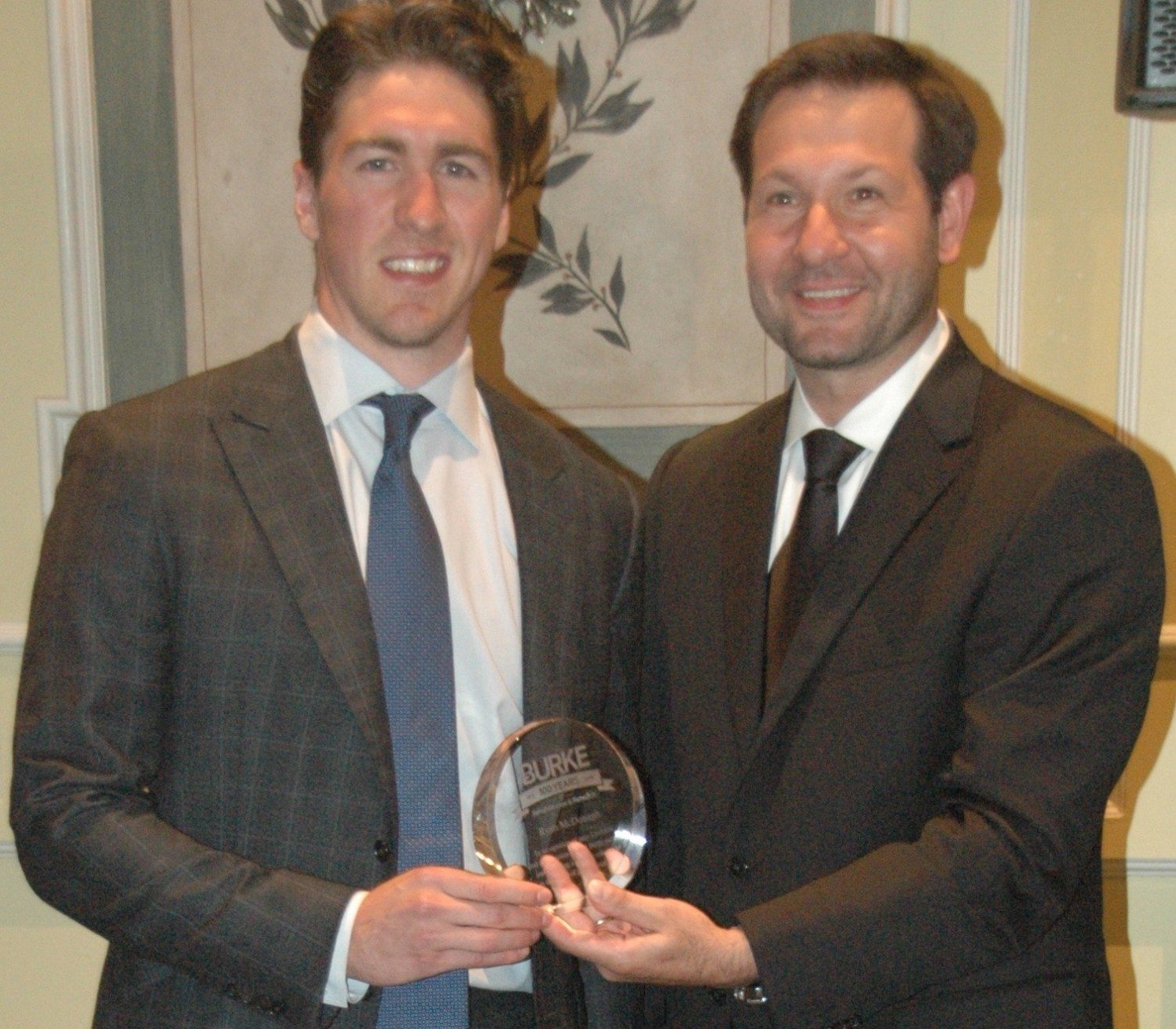 The Burke Rehabilitation Center celebrated its honorees at its Centennial Burke Award reception yesterday at the Pierre Hotel; among those being honored included the New York Rangers captain, Ryan McDonagh.

The Burke Award dinner is Burke’s signature event and its largest fundraiser of the year. The Burke Award is the highest honor bestowed by the hospital’s board of directors and the Burke Medical Research Institute. It is awarded to individuals or groups who contributed to the field of rehabilitation through personal achievements, research development, or by establishing programs and initiatives that improve the quality of life for individuals with disabilities.

McDonagh became involved with Burke’s patient care through hands-on mentorship of former Burke patient, Gino Mangiafridda. According to McDonagh, he met Gino through his doctor, who is a Rangers season ticket holder, after a game.

“He met me at a signing, and he told me about his story and I was instantly hit hard by it…I just tried to set up a way to meet with him and talk with him, and give him some inspiration to keep his spirits up,” McDonagh said.

Mangiafridda was a Pelham High School hockey player who was left wheelchair-bound after a tragic motorcycle accident. After interacting with Mangiafridda, the two formed a friendship that transcended because of Burke. McDonagh was very outspoken in regards to his appreciation for Burke, and the level of care that they provide to their patients.

“Ultimately it opened my eyes to Burke Rehab Center, and what their efforts are as they continue [coming up on 100 years now], and it’s incredible for someone to have that resource after a tough injury, and to have trusted doctors and trusted rehab programs; that gives a lot of people hope, that’s for sure,” he said.

Among the others being honored at the dinner included Brad and Jessica Berman, who became involved with Burke after Brad suffered a massive stroke that left him in a medically-induced coma for nearly a month. The Bermans have raised nearly $600,000 for Burke’s Lower Limb Robotics Program through their organization, Run4Brad.

Mick Ebeling, an award-winning television and film producer, was also recognized by Burke for his efforts. Ebeling is the founder of Not Possible Labs, an organization responsible for breakthroughs in rehabilitative technology. He also runs a program called Project Daniel, which is an international effort to provide prosthetic limbs to children and young adults in war-torn Sudan.

The dinner not only recognized these special honorees, but also celebrated the organization’s centennial year. The event drew hundreds of leaders and supporters from the community, and was a great representation for what Burke does for not only its patients, but for the community as well.