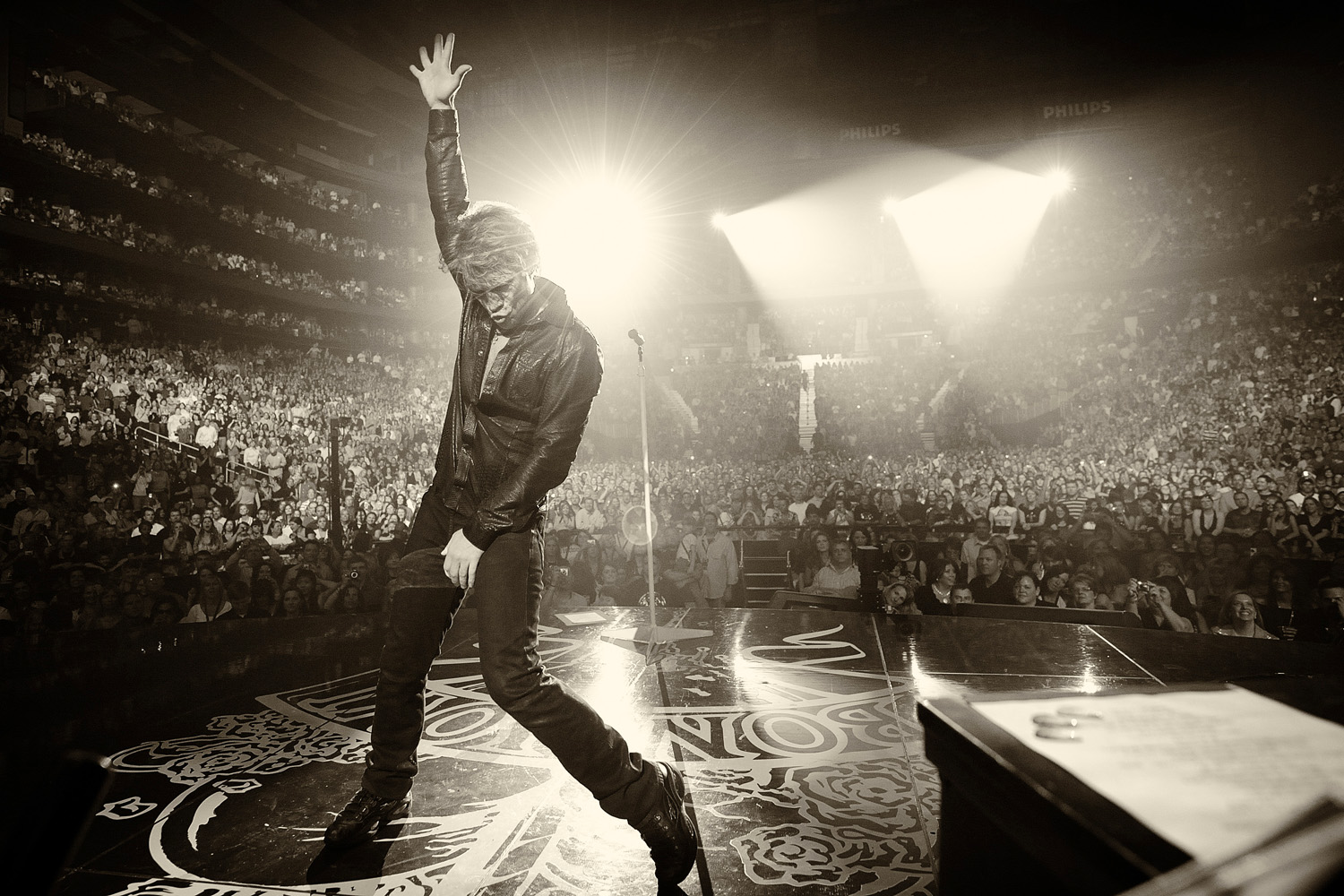 Bergman, who has photographed six U.S. Presidents, the Olympic Games, the Super Bowl, the NBA finals and many more major international events, was invited to join Bon Jovi on their official tour to document the band on stage, the audience and their life on road. The tour took place in over 30 countries and six continents.

With images described as “a work of art” by the singer, Bergman published a book that is the perfect collection of color and B&W photographs that invite all Bon Jovi fans to be a part of the tour and feel the energy in the moment of the photographs.

“Concert photos are so commonplace on the internet that the images have lost some power over the years,” he explains. “I strive to make memorable photographs that fans want to hold in their hands and hang on their walls.”

The book captures what it’s like to travel with the band and invites you to be a part of it. Weighing in at nearly five pounds, this 210-page, hardcover book is perfect to add some rock’n’roll to your coffee table.

You can purchase the book online for only $59.99. Check out some of the beautiful pictures that can be found inside one of the best gifts for the holiday season.