6 Days Backpacking With a Stranger in the Algonquin Provincial Park 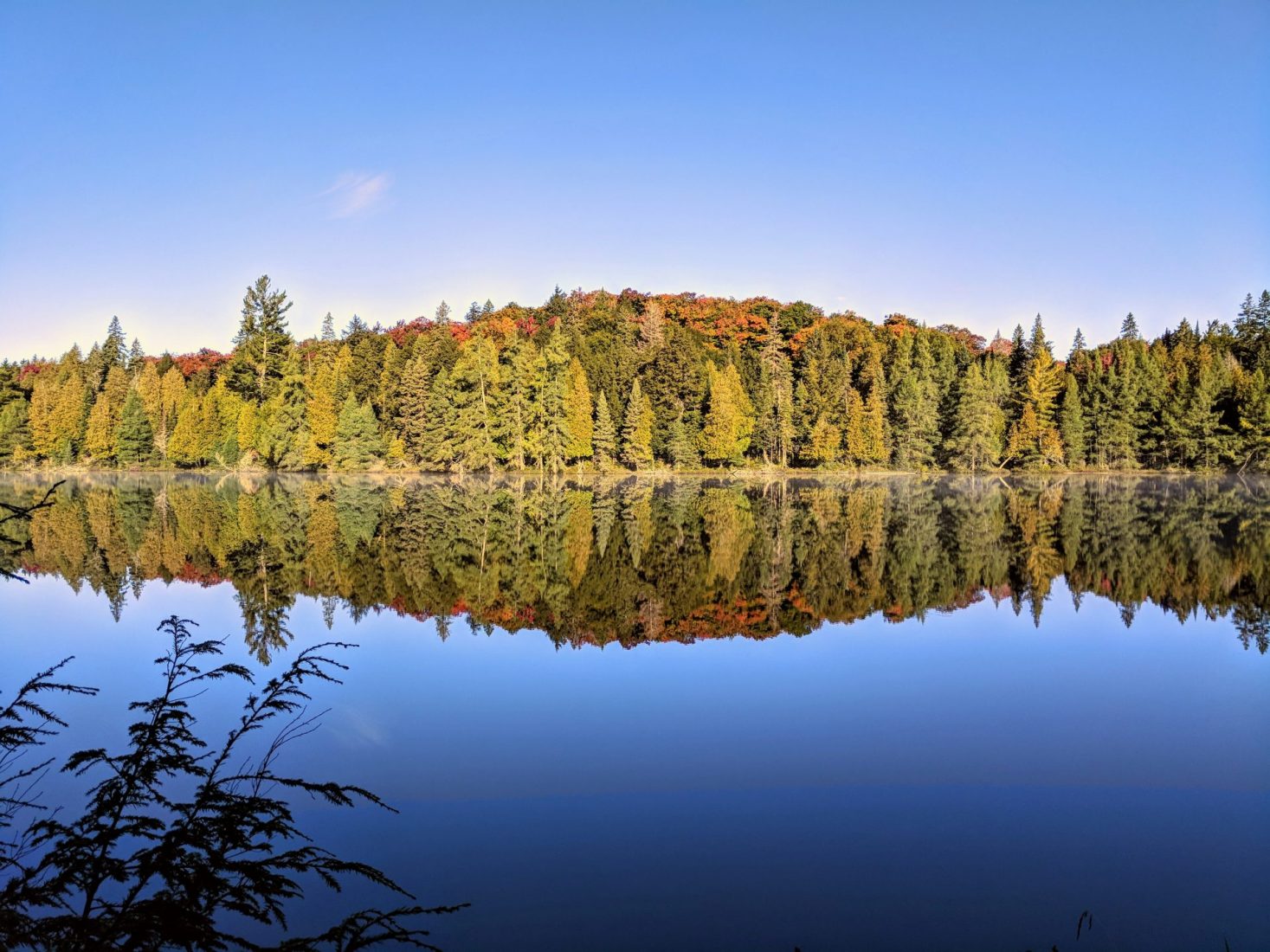 “DJ Khaled is in the house!”, Merlin yelled as his hand released a fistful of birch bark into the nearby fire. The flames erupted into applause and surged forward towards our cold bodies. I threw my head back in laughter as Merlin’s hand reached back into a bag filled to the brim with highly flammable bark. “Oh man, he’s about to drop a new exclusive song!” I barely choked out, tears filling my eyes. The fire boomed and kicked with intense whites and yellows, exploding into life. This was our first warmth in two days after a downpour brought a frigid bite to the Algonquin Provincial Park in Ontario, Canada.
Merlin mimicked ridiculous DJ air horn noises as he threw more fuel into the fire. I didn’t expect to be having such a great time with someone I had met in person only three days earlier. Merlin, an adventurous Hong-Kong born Toronto Native, responded to a call to action I made on the internet just weeks prior. I needed a partner for a six day backpacking trip through the Canadian forest, and I was willing to take a huge risk by using the internet to find one.
I was always pretty comfortable meeting people off the internet growing up. I met up with my first online friend at a mall during the dial up social media days of Myspace. In college, I met my first online date in a parking garage (I didn’t think that one through, okay?). After college, I flew across the country to meet a friend with whom I played online video games  for eight years.  The whole ordeal of meeting up with internet strangers seemed pretty normal to me.
So I didn’t think much about turning to the internet to find a companion for a 40 mile backpacking trip through a forest in Ontario. When I first posted my request on the popular website Reddit, I didn’t expect it to generate so much attention. “Found the serial killer”, and “Are you seriously expecting a stranger to join you in the woods?” were among the top responses to my post. Not a great start, but as the thread picked up steam, so did the genuine interest. That’s when I met Merlin.

An example of the sorts of inquiries on Toronto’s message board.

After exchanging messages briefly, we ironed out trip details over a video call. I would be providing the bulk of camping gear such as the tent, stove, and other odds and ends, while Merlin would provide the food. By the end of the call, there was no doubt we were committed to making it happen. As to whether or not we’d get along…that was a complete mystery.
The first time Merlin and I met was when he boarded the bus from Toronto to Algonquin. Through the handshake and hello I could tell we were sizing each other up. The looks we gave each other could only be translated as: “I’m about to spend six days alone in the forest with you. Don’t screw this up.”  We had a mutual understanding that this was in no way a typical internet meet up. We weren’t grabbing a quick cup of coffee in a busy city or attending a weekly enthusiasts meeting; this was a commitment to pure isolation and survival with one another.
Fresh off the bus and weighed down by gear, we leapt into our first conversation about Mixed Martial Arts. We didn’t just talk about the superficial aspects for the sport, but its evolution, impact and intense skill. It was the sort of mental engagement that eliminated all obstacles from our journey, and it was a great sign that Merlin and I thought alike. Each day we moved, we paired the landscape with a new topic of conversation. The journey became not about the forest itself, but about how we both experienced it. We became a team, a unit that explored together.

A bit of laundry after a long day of hiking

I’m well aware that I rolled the dice by finding an internet stranger to brave the wilderness with me. There’s always a chance a meeting can call flat or even be catastrophic. In this instance, I came up pretty lucky. But that’s what travel is about to me–taking that risk, finding those dark, unknown parts of the world and stepping into them. Then lighting them up with a bang.
Tags: algonquin|algonquin provincial forest|Backpacking|Camping|Canada|forest|hiking|online meetup|ontario|reddit|travel