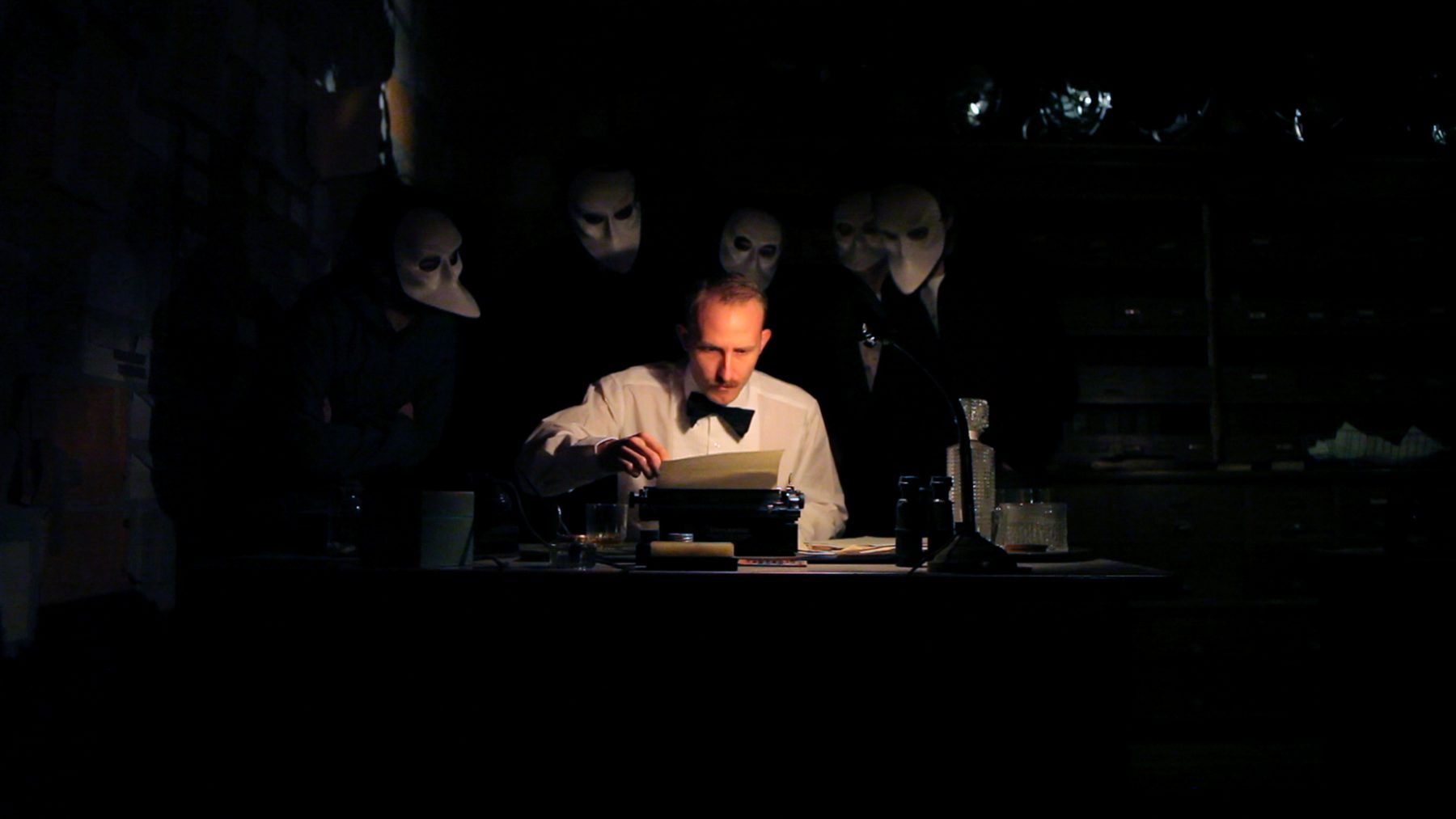 The McKittrick Hotel’s flagship production, Sleep No More, has spent the last few years gaining fame and notoriety for its witchy mystique. It takes Shakespeare’s Macbeth and passes it through dreamlike noir to create a thrilling modern dance experience unlike any other. Masked guests follow actors through a six-story building like silent spirits as Shakespeare’s tragedy unfolds simultaneously across the building. It is a feat of performance, but also of engineering, costuming, choreography, and design. As Sleep No More announces an expansion through September 13th, Downtown got a chance to speak with Maxine Doyle from Punchdrunk UK, the Co-Director and Choreographer for Sleep No More, about the origins of the ghostly play.

Sleep No More came from humble origins: a small production in 2003 inside an old victorian boys school. The cast was only 10 people for the 10-night performance, splitting 40 people between less than a dozen rooms.

The original idea, Doyle says, came from Artistic Director Felix Barrett’s love of Bernard Herbert’s soundtracks to Alfred Hitchcock films, and the way that Hitchcock marries the aesthetic of noir with the kind of psychology that you can see in Macbeth. “I think it was a text we both really loved in terms of its characters and we looked more at the sort of domestic human absences of the play–the themes of ambition and guilt and particularly the sort of dramatic, codependent relationship between Macbeth and lady Macbeth. And then, of course, the really interesting sort of layer of the supernatural.”

After the close of the initial run of SNM, Punchdrunk crossed the pond for another, longer showing in Boston, Massachusetts, at the American Repertory Theater. The show ran there for four months, from October, 2009 until February 2010. By that time, Punchdrunk UK had turned its eyes to NYC.

Punchdrunk did not build the McKittrick Hotel. According to Doyle, the site had been empty for several years following its occupation by various nightclubs of “dubious” repute. But the building’s shady reputation and open space finally allowed Sleep No More to stretch its legs.

Photo courtesy of The McKittrick Hotel

The Labor We Delight In

The current iteration of Sleep No More, which began in 2011, features approximately 25 actors and dancers. The shows run for three hours apiece, with every scene except for the beginning and the end being performed three times during each run. Each of these performances is done without breaks for any of the performers. “It’s the relationship of the audience with the performer that is very specific within this sort of form,” says Doyle, “the audience can follow a performer all the way through, they could stick with one performer if they wanted to for three hours.” In fact, doing so increases your chance of being pulled in for a one-on-one, where a performer takes a single audience member away from the rest for a scene performed for them alone. “The idea is that you need to feel like these characters live in this building–that there isn’t any beginning and there isn’t any end. And, and there’s a sort of hypnotic drive of this loop, almost a sort of purgatorial structure that the characters find themselves within.”

Casting for Sleep No More is rigorous. Most of the cast turns over every six months, and auditions can mean 1000 auditions for five roles during a two-week period. Once selected, a performer goes through eight weeks of training, learning two different roles in the cast. They will go through classes in body conditioning, contemporary dance, and yoga, but also through a kind of intellectual training. They read through the original play, of course, but also theories surrounding the play, and works by Hitchcock and David Lynch whose works are heavy influences.

If you have seen the show, you know that parts of the performance can be brutal on the body (a scene with a man performing with his head on a table and his feet on the ceiling comes to mind), and so all performers must be prepared to perform perfectly under that strain. Sometimes twice. “I would say 85% of the company are dancers. I would sort of call them dance actors, but their training, instinct, physicality skill, comes from a sort of contemporary dance background.”

If you haven’t seen Sleep No More, now is your chance. Check here for dates and times for shows, and experience one of the most unique shows you can see in NYC.