The Faint’s Todd Fink on playing Webster Hall on Oct. 6 with Gang Of Four, new music, side projects & more 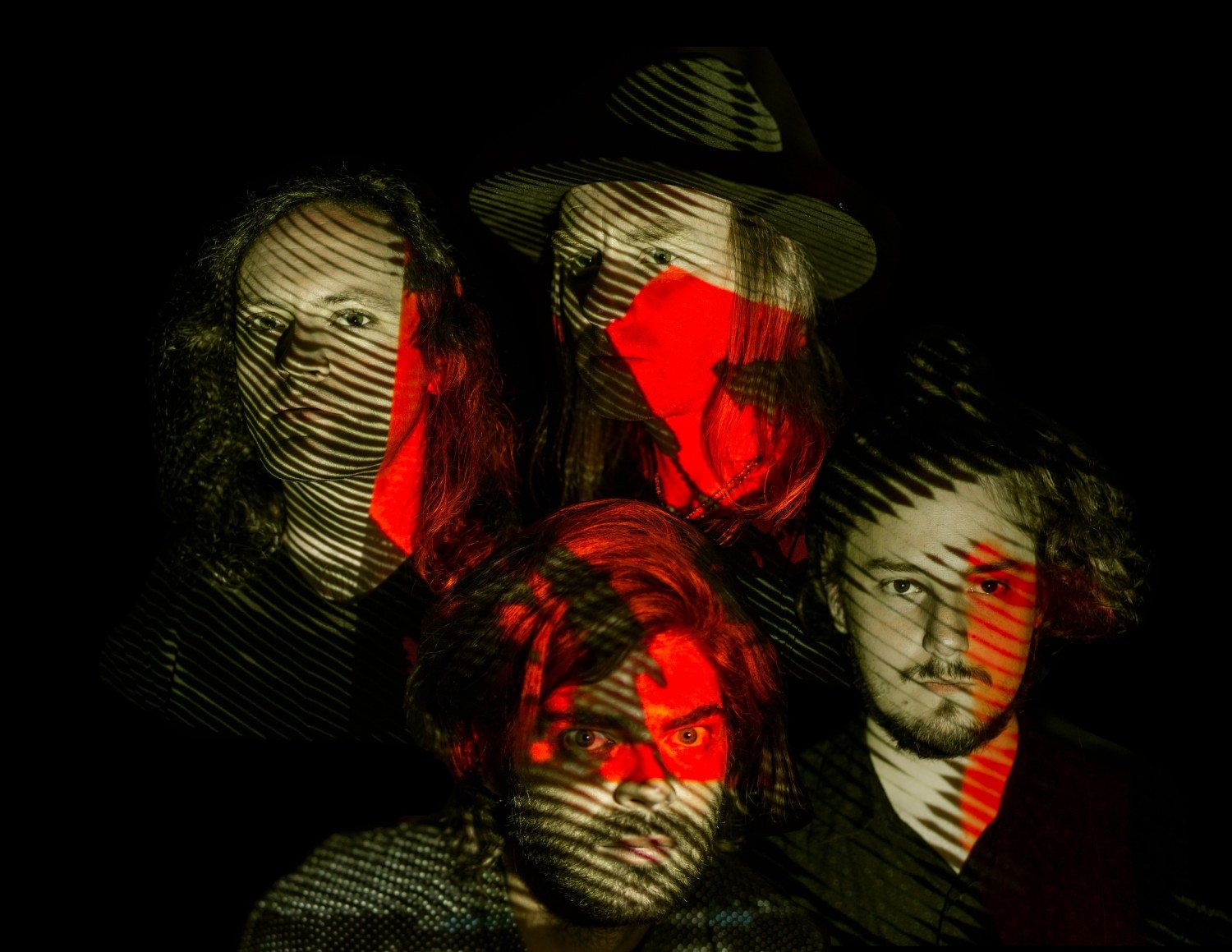 One of the biggest dance-oriented indie-rock bands out there for over 15 years, The Faint has a long-standing history with New York. The Omaha-based group makes its long-awaited return to our area with an Oct. 6 performance at Webster Hall. Co-headlining with the legendary Gang Of Four, The Faint is currently on the road in support of its career-spanning compilation, Capsule:1999-2016; Capsule features a new recording, “Young & Realistic.”

Downtown caught up with frontman Todd Fink, who is also an acclaimed DJ and designer. Beyond talking about what is ahead for The Faint, he explained the band’s history with record labels, which has brought them back to original home Saddle Creek Records. He also kindly entertained some Nebraska-related questions.

The Faint — which guitarist Dapose, drummer Clark Baechle and new keyboardist also includes Graham Ulicny — can be visited online at www.thefaint.com. The quartet can also be followed on Facebook and Twitter.

I had the pleasure of seeing your band at Webster Hall when you guys not only opened for Bright Eyes, but also served as the backing band for Conor [Oberst]. Was that the most tiring tour you’ve ever been a part of?

Todd Fink: Yes, it was a lot to take on each day for the three who did it. I wasn’t one of them though.

What do you remember about your first show in New York?

TF: The first show I remember in New York would’ve been at the all ages punk/art space called ABC No Rio. Booking and communication was foggier in those days. Apparently it was a matinee, so we missed it. One of our first trips out of town was when we drove to New York to play CMJ, in 1998. I don’t remember the first place we played, maybe CBGB Gallery? I do know that some of our first shows in the city were at Brownies and then Maxwells in New Jersey.

Now that The Faint has more than 15 years of music to choose from, any idea what your setlist will look like at Webster Hall this fall? A career-spanning selection of songs, or more from the latest album?

TF: The album we are out touring in support of is a collection of a bunch of the songs we usually like to play live plus three new songs. Almost everything we’ll be playing is from Capsule:1999-2016. We’ve had fun relearning some of the old jams and we’re super psyched to play a couple of new ones.

Will this tour be the first time you’ve played alongside Gang Of Four?

TF: Yeah, we haven’t met them yet. I’m pretty excited to meet Andy Gill hear some of those Gang Of Four classics! We all went to see ’em at the Fillmore a while back. They were great.

The Faint has been a variety of record labels over the years, including some time with American. Is the plan to keep releasing music through your own label or imprint?

TF: We did have a lot of meetings with American back in the day, but after talking with them — and a bunch of other major labels — we decided to stay on our hometown label after all. Then in 2008, for Fasciinatiion we wanted to see what it was like to put out our own record. After that experience, we decided that it was more work than it was worth, so for 2012’s Doom Abuse, we went with a label that our old assistant manager was running. But unfortunately, they folded around the time we finished the tour. Capsule:1999-2016 is coming out on Omaha’s Saddle Creek Records. Now all of our records will be available from one place which is nice and tidy.

“Young & Realistic” is more dance-oriented, closer to the original direction of The Faint. Do you like to dance outside of performing live?

TF: Oh yeah, I love to dance. Underground techno is my main dance music, but when I DJ as The Faint, it’s more of a synthpop/minimal wave style. Come to think of it, “Young & Realistic” is a pretty good representation of what a Faint DJ set is like.

Dancing aside, what do you like to do in your free time when not busy with touring or recording?

TF: I make hats, shoot billiards, sometimes I sew clothes. I like to do graphic design and make videos when I get the chance. I’ve recently started a duo with my wife Orenda that we are calling CLOSENESS. Graham Ulicny — Faint keyboardist and of Reptar — and I play live hardware based dance music as Channel Pressure.

The Faint is undoubtedly one of the most famous bands to come from Nebraska. Have you guys encountered 311 over the years?

TF: Most of us went to the same high school they did, but they’re all a chunk older so we didn’t know them. Actually, I was in Jamaica last year and I met them while I was swimming in the ocean. I guess they host one of those huge boat cruises.

Johnny Carson had Nebraska ties. Any idea if anyone from your band, or any of your parents, ever encountered Johnny Carson in some capacity?

TF: Nope, I’ve never known anyone who knew him. I’ve met some people who grew up around Nick Nolte, though. I think my uncle and mom went to high school with him. I guess Malcomn X is from here, too.

Is there anything you wish more people knew about The Faint?

TF: Well, our new keyboard player is Graham Ulicny. He sings in Reptar, who we toured with in 2012.