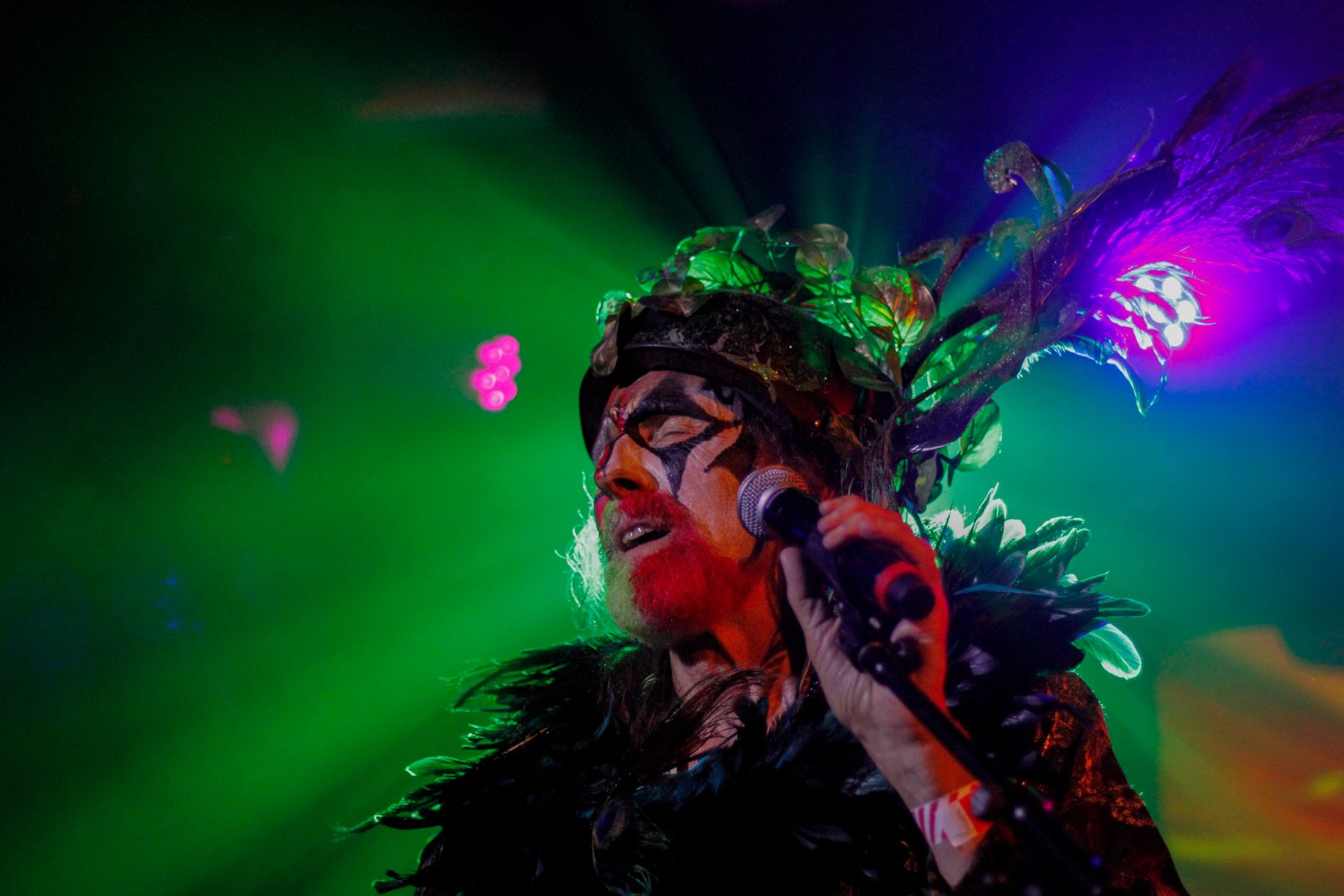 Fire, to destroy all you’ve done.

Fire, to end all you’ve become.

The Amazon is ablaze, the West Village is so thick with humidity you can practically chew the air.  The time is ripe for those queued outside Le Poisson Rouge to descend underground, and bear witness to the legendary God of Hellfire, Arthur Brown.

“Who is Arthur Brown?” a friend asked. The answer requires a time machine to another volatile point in history.

“It’s very spectacular,” Matthew interjects. “Is it dangerous to you?”

“Yes. Well, ah, we set one stage on fire. Set my gowns on fire. I burnt my face the other day.”

Arthur Brown lit so many fires in his wake that he got booted off a tour with Jimi Hendrix when venues feared incineration.

Even if Brown himself isn’t a household name, he certainly made a distinctive mark in music history. His neo-pagan theatrics, inspired by the wild antics of Screamin’ Jay Hawkins, served as a catalyst for musical newcomers in Great Britain.  Despite Fire being his one major hit, the list of Brown’s imitators is staggering.

Back to Le Poisson Rouge 2019: Arthur Brown, now 77, crackles with the vocal prowess of a man five decades younger. His band, each wearing costumes, headgear and face paint, is ready for the long haul. Brown is a mystical spectacle, beginning the set with Nightmare, lyrics straight out of a William Blake painting:

Dynamic explosions in my brain

Shattered me to drops of rain

Falling from a yellow sky

Orange faces to an opened eye

After each song, he runs offstage during a musical interlude, returning draped in a different costume. Pirate shirt! Sequined tunic! Fiber-optic waistcoat! He is mischievous, jamming a microphone down his trousers for Muscle of Love, his ode to kundalini rising.  Brown paid tribute to Screamin’ Jay with a screeching rendition of I Put A Spell On You. No fire helmets at this show, but he did don a massive black feather headdress during a twenty-minute performance of Fire, his frenzied keyboardist practically in trance as Brown mingles with the audience.

The show generates so much energy that one leaves feeling exhausted, rejuvenated, and wondering if Brown is, in fact, a sorcerer. The answer is…perhaps.