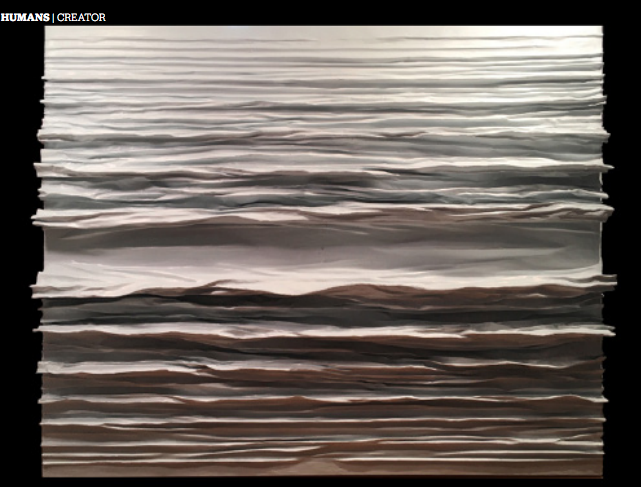 This article was printed in an earlier issue of Downtown Magazine

DAN V. ANDERSON SEES MOVEMENT between shapes and colors by removing the boundaries of his own creativity through hyper-visualization. “I take all forms of composition: light, form, and energy, and create a constantly moving dynamic expression; there’s nothing static about it,” he says. “Each one of my works gets into a new theory—like order within chaos.”

A New Jersey native, Anderson began his creative journey at the age of seven when his mother convinced him of his talent through a coloring contest that she created. He “won” and was awarded his first coloring books along with a box of crayons. From that point on, Anderson was driven to pursue art, and eventually ended up with multiple scholarships to Syracuse University.

Anderson does not consider himself to be a sculptor or a painter; he is inspired by Salvador Dali, and considers himself to be a “conceptual thinker.” He attempts to solve the perplexities of the world though his artistic expression, and to shine light on what others may not notice.

“I see a form in my mind that seems animated and must be translated and interpreted as another form,” Anderson says. He coined the term “supreme abstraction,” which is his own unique method of painting. His mind is constantly decoding, breaking down, and rebuilding compositional concepts to fully grasp and “feel the energy” of the various forms of matter. In Diffusion Series #6, Equilibrium Dissolve (above), he used sculptural canvas to create movement, energy, and resolution. Anderson says, “This relationship of light, shadow, and form in a physical evolution is what is captivating to observe. The viewer gets to witness the sculpture as an interconnected byproduct of the very factors that define its own dimension, only to be redefined by its very own compositional elements.”

The Dream Continued, which will be revealed on World Peace Day, is Anderson’s current project and philanthropic focus. The sculpture is inspired by Martin Luther King, Jr.’s “I Have a Dream” speech and focuses on the concepts of equality, opportunity, and unity in relation to education and the aspirations of children. The sculpture consists of four children playing a game of jacks. One of the girls holds a sphere that symbolizes the Earth and emphasizes that children hold the future of our planet in their hands. Each jack is a collection of four fists, symbolizing resistance to inequality. The Dream Continued is the first of six projects titled The HEX Factor. Each project will bring awareness to a world issue, and focuses on spreading feelings of “equality, unity, and love that reinforces the bettering of a global society.” The project will be accompanied by The Dream Continued XOXO bracelets and other purchasable works of art, the sales of which will be used to benefit philanthropic organizations. DT dvande.com