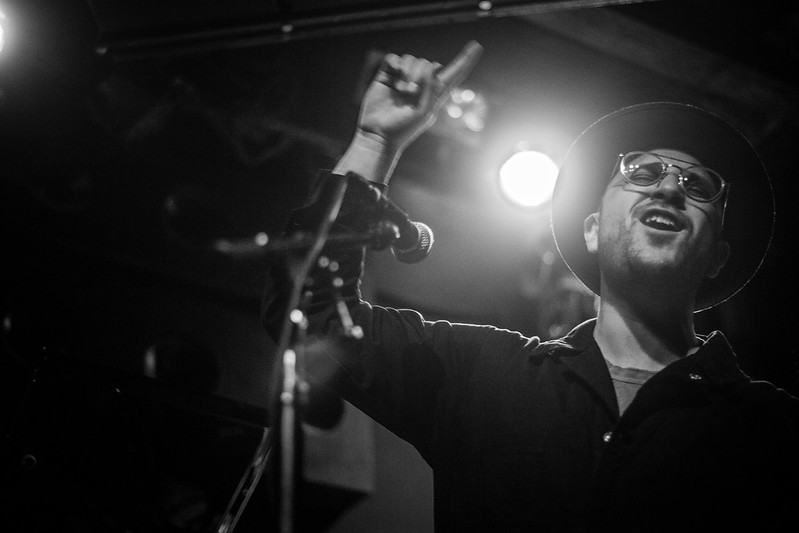 The Brilliance Shines Brightly At Rockwood Hall in the LES

The January temperatures may have dipped below freezing the other evening, but the warmth emanating from Rockwood 2 thawed many hearts as The Brilliance took the stage.

The neoclassical/orchestral pop outfit, founded by childhood friends David Gungor and John Arndt, has seen many guises over its decade-long run. Gungor and Arndt grew up together in Wisconsin, often parting ways geographically, but finding common paths in music. Gungor currently lives in NYC, working at Trinity Grace TriBeCa; Arndt currently lives in Minneapolis (soon France) and works as a composer, film scorer, and producer.

The Brilliance is a uniquely American take on Judeo-Christian liturgical music, expanding the duo’s initial evangelical interpretations into a more urgent, universal message of peace. The Greek word here is agape, or higher love.

The Brilliance walks the walk with their message as well, having recently partnered with World Relief in their initiative to raise awareness for the DACA Dreamers. Their Dreamer Suite exploded on Spotify after a feature on New Music Friday, amassing over half a million monthly listeners and millions of streams as an independent release.

The spirit moves with Gungor and Arndt’s artistry –more importantly, it urges everyone to move toward balance and love. While most of the music world mires itself in repetition and monotone, The Brilliance is beautifully philosophical and melodic. Much like Sufjan Stevens, Arcade Fire, and U2, The Brilliance draws from spiritual allusions, seeking justice and mercy. The band takes cues from later Beatles recordings; their sweeping orchestral arrangements surrounding Gungor’s warm tenor and Arndt’s expressive piano. 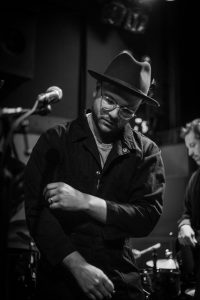 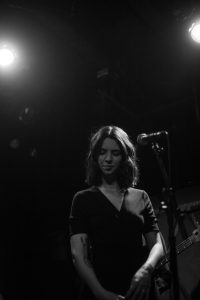 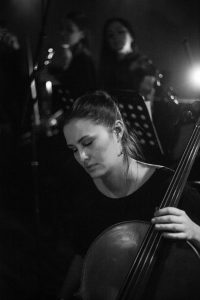 Their lyrics are deep and earnest. As William Blake’s Jerusalem questioned the environmental and societal morality of the Industrial Revolution two centuries ago, The Brilliance asks humanity to take a grounding breath amidst the chaos. Be it faith in a deity, the universe, or within the Self, we must collectively navigate this planet. The Brilliance also embraces measured optimism. One song, Must Admit, opens with a recording of the haunting chorus of Parisians singing as Notre Dame burned last summer.

The Rockwood concert included a full string section, two backup singers, a guitarist, a bassist, a drummer, and Arndt on piano. (Gungor joked during the show that the crowded personnel was actually heavily stripped down version of the studio recording.)

The room was packed with smiling fans and family, filling the venue with a good old-fashioned sing-along for See The Love. There was barely a dry eye in the house as Gungor snapped his fingers and calmly pulled the room together.

The Brilliance confronts humanitarian and environmental crises and offers a message of hope. World Keeps Spinning acknowledges the point of critical mass as darkness engulfs the collective.

When fear becomes violence
I’m drowning in the silence
Light and bad, discertainty, and indifference
I wanna hear the song of peace
Would you sing it over me?
Can you help me to speak though I stutter?
We’ve got to live for more
Than just the end of the world

The sweeping song is an epic collage, fusing together the most stirring elements of Electric Light Orchestra, The Beatles’ Sergeant Pepper, Bach’s Passacaglia and Fugue in C Minor, and Stravinsky’s Firebird Suite, taking the band almost into the realm of prog rock at its bridge…almost. Ambitious, yes, but the postmodern approach pays off. The album is a breath of fresh air.