Talib Kweli on his Feb. 10 gig at The Highline Ballroom, what’s next for Javotti Media & more 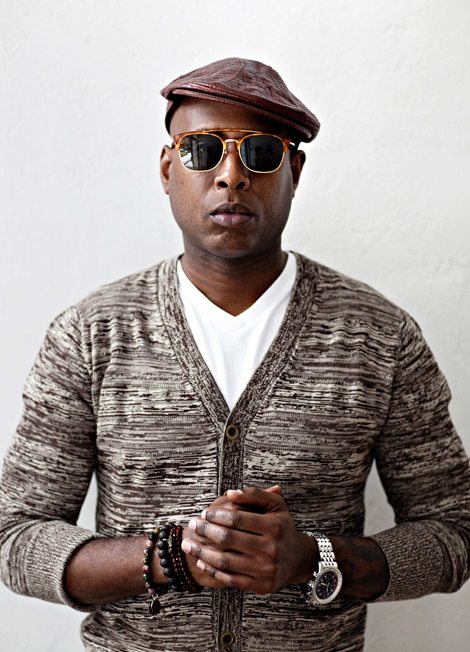 A lifelong New Yorker, Talib Kweli first turned heads in the late 1990s as one half of the hip-hop duo Black Star. Talib’s first solo album, Quality, was not released until 2002, as featuring appearances by Kanye West, DJ Quik and comedian Dave Chappelle. Just a year later, Jay-Z would help elevate Talib Kweli even further when he rapped “If skills sold, truth be told/I’d probably be, lyrically, Talib Kweli” on the song “Moment Of Clarity.”

In the years since, Talib has been steadily putting out solo albums and featuring on other artists’ tracks (e.g. RZA, Quincy Jones, Nelly, Mac Miller, A Tribe Called Quest). His latest release is the collaborative effort, Awful People Are Great At Parties, as released through his own label Javotti Media. Javotti — as named after his grandmother Javotti Greene — is also home to other artists, including Cory Mo, NIKO IS, MK Asante, and Jessica Care Moore.

On Feb. 10, Talib Kweli will be headlining at The Highline Ballroom, with Styles P and K’Valentine both opening up for him. Talib spoke to Downtown about his love for New York and what he has coming up beyond his show at the Highline. The Brooklyn native can be visited online at www.talibkweli.com and followed on Twitter via @TalibKweli.

What do you remember about the first gig you ever played in New York? Where was it?

Talib Kweli: I think it may have been at the Brooklyn Children’s Museum, I was 14. I remember there being no one there.

For you, is playing for a New York audience different than anywhere else?

TK: It’s home. It’s where I cut my teeth. It’s humbling, because a New York crowd has seen it all, so you need to come with your “A” game as an artist or they will leave unimpressed.

As a lifelong New Yorker, what is it that keeps you here all these years later?

TK: New York is as inspiring to my art has my parents are to my existence. The streets of New York are the direct inspiration for what I write. As I traveled, my perspective grew, but it is New York that birthed my style.

For someone who hasn’t seen you live before, what should be expected from your show at The Highline Ballroom?

Do you have a favorite song to play live?

TK: Right now my favorite song to play live is “State Of Grace” from my Gravitas album.

Highline Ballroom show aside, what’s coming up for you?

TK: The Seven album with Styles P — I am very excited about this project.

What’s the latest with your record label?

TK: Besides the Seven album, we have Javotti Media’s own K’Valentine coming with her debut, Here For A Reason, early April. She’s on this tour as well.

TK: A Tribe Called Quest’s We got it from Here… Thank You 4 Your service.

TK: I have a connection with Blue Ribbon Brooklyn.

Finally, Talib, any last words for the kids?

TK: Stay in school, eat your greens, and brush your teeth, because we must fight Mr Tooth Decay.