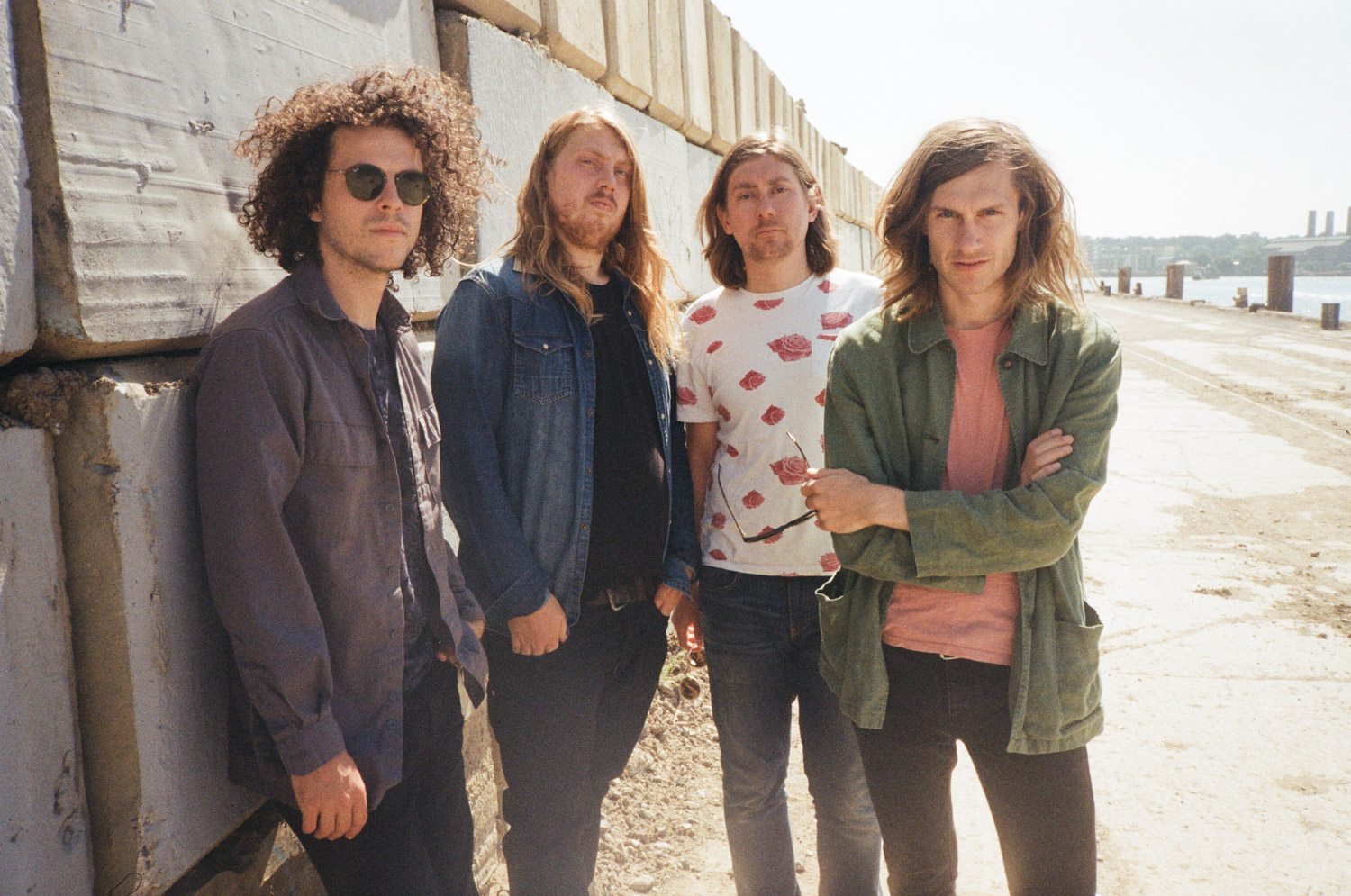 After forming in 2003, U.K. quartet Syd Arthur first emerged with its 2006 self-titled album. Although great press, good touring opportunities and major label interest would follow the band for years, Syd Arthur opted not to sign to a big label until 2013. Apricity, Syd Arthur’s second album for the Universal Music Group’s Harvest Records will be released on Oct. 21. Prior to the new release for Harvest, Syd Arthur — which includes vocalist/guitarist Liam Magill, bassist Joel Magill, drummer Josh Magill and violinist/keyboardist Raven Bush — will be appearing at Terminal 5 alongside Jake Bugg on Sept. 27.

Liam spoke to Downtown about what is coming up for the acclaimed “pop psyche” band. Syd Arthur can be followed on Twitter and Facebook. More info can be found on Syd Arthur’s website.

What do you wish more people knew about Syd Arthur?

Liam Magill: Just more about us in general, really. We are an eclectic bunch with a lot of interests and skills. Music is our lives.

How often do assume that one of you is named Syd?

LM: This happens every now and then, but mostly people say it jokingly.

There are now three Magill’s in Syd Arthur. Are there any other musical siblings or relatives in the family?

LM: There are. Our youngest Magill brother Callum plays keys and composes music.

A lot of people call Syd Arthur a “psychedelic rock band.” Is that something that you like? Or do you have a better way of describing your sound?

LM: We don’t mind the term “psychedelic rock band.” Another way to describe the sound is “pop psyche,” because we as a band have a strong pop sensibility.

What do you remember about the first time you ever played in New York City? Was it as part of the O Music Awards for MTV?

LM: Yes, that happened and was a great experience. I think the first gig in New York City was a small club showcase at The Mercury Lounge. I remember we landed in NYC and The Zombies were playing in Central Park, it was summertime. We wandered the streets and the subways, it was very exciting.

As your band formed 13 years ago, is there a tour that you look back on most fondly?

LM: I guess our first tour we organized in 2009 I look back fondly on. It was our first big trip with the band outside of Kent and London. We made some great friends and connections along the way, notably playing a show at Darlington Uni in the west country. Also, some early touring we did in France with a French band we met through the Kent Uni.

I understand that you conceptualized and co-directed your band’s video trilogy. Have you always been so involved with video projects?

LM: Yes, we have always been involved in every aspect of the band. The videos this year and previous videos have been made by ourselves and close friends.

Your fourth album is set for release in October. When did you finish recording Apricity?

LM: The album was finished during last winter. We tracked it over the summer in California then brought our material back to the U.K. and finished it up back home in Kent.

How does Apricity compare to your last album Sound Mirror?

LM: We have a new drummer Josh on this record, so that has changed the dynamic and rhythmic element. Some different beats. We feel the record focusses on bigger melodies and themes instead of being overly-intricate. Also we’ve been getting very into all sorts of synthesis so that has been working its way into the sound more.

A lot of labels had been interested in Syd Arthur prior to your signing with Harvest Records. What is it that led you to choose Harvest?

LM: The Harvest label felt like the perfect home for the band. We liked the team and the prospect of having our label in L.A. It was also a classic label back in the day that we all got a lot of inspiration from, so to become a part of that lineage was something really special.

When not busy with Syd Arthur, how do you like to spend your free time?

What is the last concert that you attended for fun?

LM: We went and watched Morgan Delt in Hackney last week, which was cool.

LM: I like Radiohead’s A Moon Shaped Pool, and Morgan Delt’s Phase Zero.

Finally, Liam, any last words for the kids?

LM: Hopefully to see them at the next show. Explore the world and stay true.