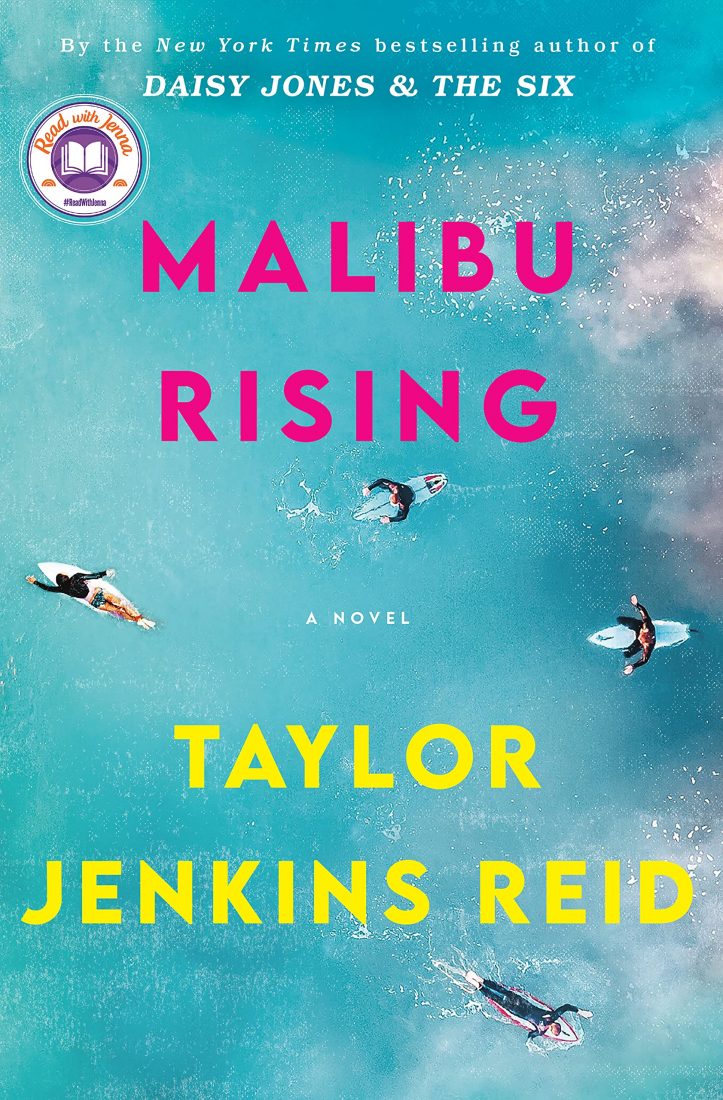 Summer is the perfect time to get on a tan, spend time with family and friends, and burn through a few books. Allow yourself some well-deserved time to warm up to one of these summer reads while at the beach, on a boat, in the backyard, or on the subway. Here are four different stories from four different worlds that just might rock yours. 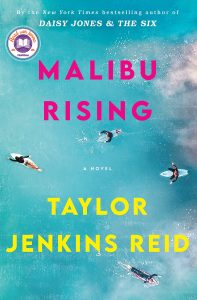 This is THE summer read to end all summer reads. Malibu Rising is the one everyone is buzzing about. Set in Malibu in the year 1983, the novel takes place over the course of one fateful night in the lives of the Riva family. It’s August, and time for Nina Riva’s famous annual summer party. Among attendees will be Nina’s siblings Jay, Hud, and Kit. One a pro surfer, a photographer, and their beloved baby sister – all offspring of their famous father Mick, a legendary singer. The party soon starts to brim with broken promises, secrets, hidden confessions, uninvited guests, and a mansion on fire.

Why we love it: Everyone’s family is crazy – and has their own fair share of secrets, so it is refreshing to see that we are certainly not alone in that, with the help of Malibu Rising. It is raw, real, and emotional, sure to be passed around to your own family and friends once you burn through it.

About the author: Los Angeles inhabitant, Taylor Jenkins Reid, is a three-time New York Times Best Selling novelist. Next to Malibu Rising on her list of bestsellers is The Seven Husbands of Evelyn Hugo and Daisy Jones and the Six, which is currently being adapted into a limited Amazon series.

2. Squeeze Me by Carl Hiaasen 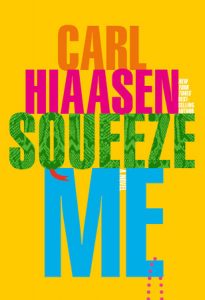 This hilarious fiction was given to me by my father, an avid Carl Hiaasen lover, who relinquished his beloved signed copy over to me to add to my list of summer reads. Squeeze Me, written in the thick of the pandemic, is a post-covid era story of the disappearance of 72-year-old Palm Beach summer resident, Kiki Pew Fitzsimmons.

Kiki also happens to be a die-hard supporter of the President and a founding member of the self-titled “Potussies” or “POTUS Pussies”. The president in question is one referred to only by his self-proclaimed alias, Mastodon. He is characterized by an affinity for tanning beds, reckless tweeting, and a scathing disdain for immigrants. Sound familiar?

Hiaasen puts his ingenious humor to play in this crime-ridden story that involves an 18-foot Burmese python (or two or three), a framed immigrant named Diego, and a five-foot-two-and-feisty Angie Armstrong, among others.

Why we love it: Hiaasen had to have written this book so feverishly, in the muck of Donald Trump’s tail end of his presidency, in order for him to have been able to get it out to readers in time for it to line up with post-COVID time. The story is smart, oh-so-funny, and keeps you on the edge of your seat. Not to mention, Hiaasen’s imagery is unlike any other. Cleverly gory, on-the-nose, and relevant.

About the author: Carl Hiaasen is a Florida native. He is an absolute veteran in the publishing industry, starting his career at the age of 23 as a reporter at the Miami Herald. From there, he has written a slew of Best-selling novels, won awards, and has stayed ever-so-relevant throughout his career. Not to mention, two of his novels, Hoot and Striptease, were turned into films. Some other titles of his you might recognize include Skinny Dip, Flush, and Sick Puppy. 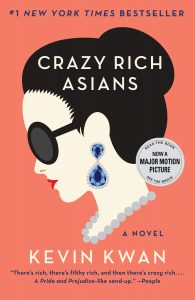 You may have already read this New York Times Best Seller, and if you haven’t read it you’ve probably seen it. However, it is my belief that enough time has passed since the height of this story’s popularity and it is time to revisit this new classic.

Rachel Chu is a professor at New York University. She’s been dating her NYU professor boyfriend, Nick Young, for some time now. He is perfectly sweet, down to earth, and they live a lovely humble lifestyle together in the Big Apple. Nick has recently invited Rachel to a family wedding in Singapore. Little does Rachel know, Nick’s family is considered Singaporean royalty, and they have more money than God. On her journey, she meets super-model grade socialite cousin Astrid, monster-in-law Eleanor Young, and Ah-ma, the matriarch of the near-royal family, among the rest. Rachel must decide if staying with Nick is worth the insurmountable competition she faces when she meets the whole jewel-clad family tree.

Why we love it: Crazy Rich Asians is not only exploratory of Nick’s fictional family, but is embroidered with rich tradition, culture, and descriptors that paint a beautiful picture of Asian culture. All the while, it is wonderfully playful and chaotic. I recommend reading it all the way through before watching – or rewatching – the film. You will pick up on so much more afterward than you might have if you saw it before reading it as I did.

About the author: Kevin Kwan is no stranger to the kind of culture you read about in CRA. His great-grandfather was a co-founder of Singapore’s oldest bank. However, he grew up in a family that didn’t display their wealth, unlike his schoolmates. This kind of lifestyle fostered a fascination in Kwan that lead him to write Crazy Rich Asians.

4. One to Watch by Kate Stayman-London 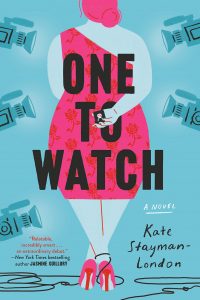 The last on my list of summer reads is One to Watch. Last summer, I dove into a Cosmopolitan magazine and found a recommendation for Kate Stayman-London’s breakout best-seller, One to Watch. The story follows the fictional Bea Schumacher, the first-ever plus-size “Bachelorette”, in a show called One to Watch. This was an ingenious plotline to come up with considering that in all 24 seasons of The Bachelor/Bachelorette there has never been a plus-size lead. Furthermore, there has never been a better way to indulge in a written season in between real seasons.

The book details the other side, the reality of what it might be like for someone to be in the public eye, especially when Bea is no size zero. Bea is a fierce, beautiful, relatable, and funny character. She humanizes not only her fictional story but one of the Bachelor franchise as well. I even think she made a better Bachelorette than a few of the ones we’ve seen on screen!

Kate Stayman-London is a genius herself and fabricates some pretty great characters that make for a fantastic summer read or an in-between-season read for that matter. I hope we hear more from her and I wouldn’t be mad if she gave us “One to Watch: Bachelor Edition”.

Why we love it: Body Positivity is becoming more and more apparent in our society which is why the story of Bea is even more relevant now than it was last summer. The Bachelor franchise has been reinvented after correcting some not-so-ethical morals. The last piece of the puzzle would be to introduce a story like Bea’s.

About the author: Kate Stayman-London was formerly Hillary Clinton’s digital writer before debuting her very first novel, One to Watch. The book soon became a national bestseller after hitting the shelves.