Stitcher Radio NYC Partners With WSDG For Next Level Sound 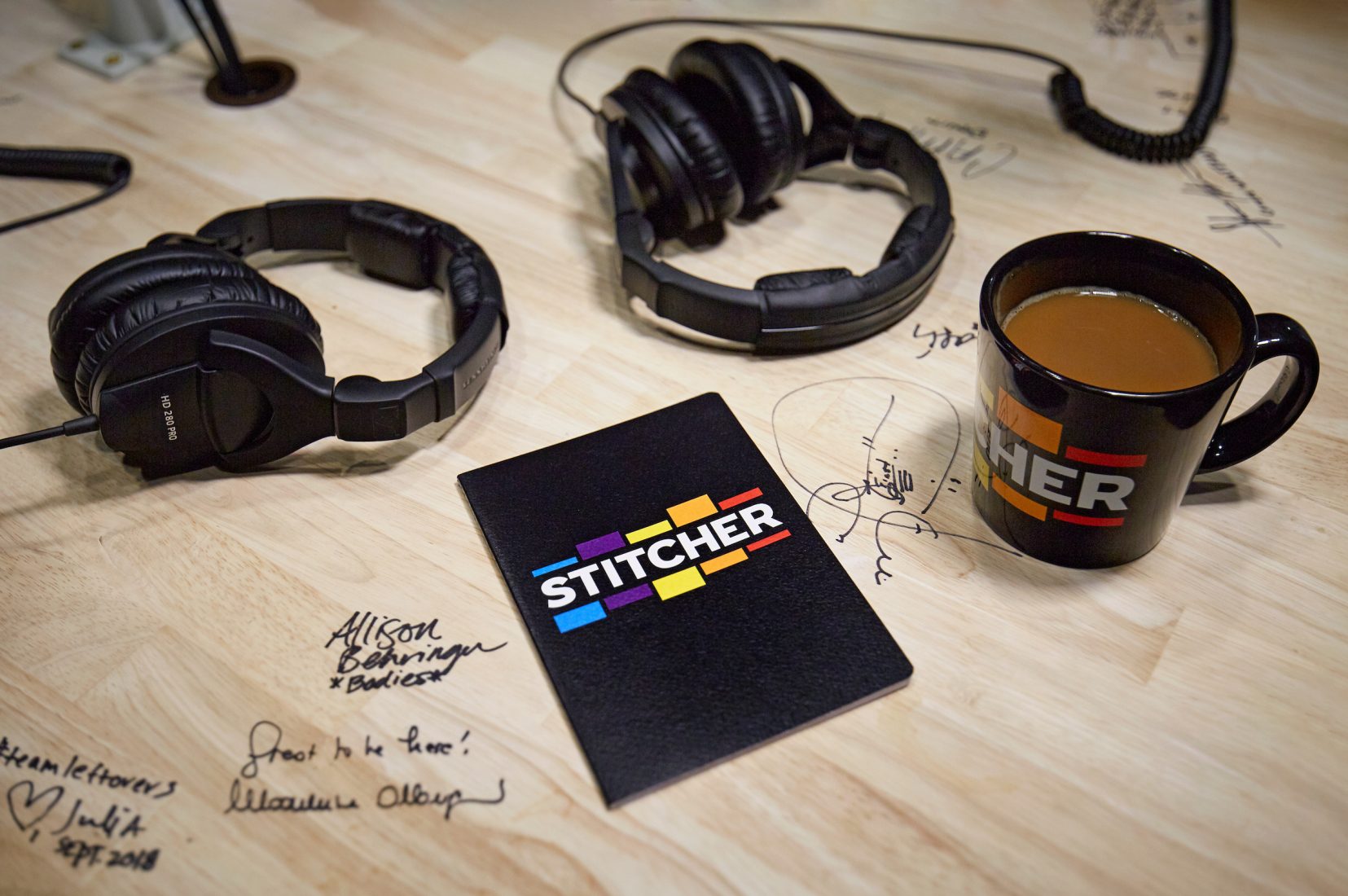 The moment the door closes in one of Stitcher Radio’s three new recording studios, the room fills with silence. Real silence; the kind that makes a New Yorker wonder if they’ve ever heard it before. For a third floor office in midtown Manhattan, the experience is uncanny. It’s also a tribute to WSDG, the rock star architecture and audio design company headed by John Storyk, who designed the studio.

People familiar with Stitcher as an app might be surprised to find out that it’s also a major content producer. They create new shows, like Levar Burton Reads, as well as acquiring and developing already existing shows, like Freakonomics. Two years ago, Before WSDG, Stitcher was recording all of these shows out of a one-room studio on 8th Avenue. The room wasn’t completely isolated, a problem that Senior Audio Engineer John Delore remembers clearly. “Somebody up there had a very nice pair of Italian boots with heels that were built like a hammer. And so when they’d walk we’d all just kind of wait,” he pauses for effect, “and then we’d start again.” Sound issues aside, Stitcher’s production load had expanded to the point that one room just wasn’t enough.

Stitcher’s new studios are an upgrade in terms of both capacity and sound isolation. The WSDG-designed space features 5 rooms (3 studios, 2 edit suites). The floor/wall/ceiling system has been designed to be fully de-coupled from the office structure. This was accomplished by using calculated air spacing for the walls and ceiling as well as specific rubber isolation mounts for the floors, a technique sometimes called a “box-within-a-box.”

To maximize space, each studio, sound booth, closet, and editing room are designed to serve as additional recording space. For now, a busy day could mean 6-8 recordings, and Delore says Stitcher is bursting with new projects. “There hasn’t been a month I’ve been here in 3.5 years where it hasn’t been busier than the previous month,” he says.

Storyk’s career started with Electric Lady Studios, which he designed for rock legend Jimi Hendrix in 1969, in the basement of a movie theater. Back then, the idea of artists owning their own studio was still new, a revolution in an industry dominated by commercial studios. Storyk says studios like Stitcher are built in that same tradition. “What I like about podcasting studios like Stitcher is that the facility is in fact a private studio for their art – for their content. They’re not in the business of renting studio time. They are in fact the new project studio format.”

For WSDG, Stitcher is the next in a line of similar projects: Gimlet Media, Amazon’s Audible, and Seattle’s KEXP Radio; what Storyk calls “small format-streaming studios.” The medium interests him, he says, because it’s bringing him back to his roots. “What we see happening is that time after time facilities who have been used to building these small format on-air type rooms are also adding music production studios,” he says, “They want to make their own music. They don’t want to purchase content, but rather create content. They don’t want to be at the mercy of going out to outside studios from a scheduling point of view.”

At the heart of the partnership between Stitcher and WSDG is a belief in the power of good quality. “In the end, content is king,” says Storyk, “None of this makes sense unless the content is good. But I do believe that amazing environments which allow for better and better production, will essentially augment and allow and encourage people to deliver better content. And I’ve always believed that. If I didn’t trust that axiom, we’d be making records on headphones.” As Delore puts it, “You can make a podcast in your bedroom, in your garage, in a coffee shop, if you want. But if you can make it in a really well-designed studio, it will stand out. So that’s our belief.”