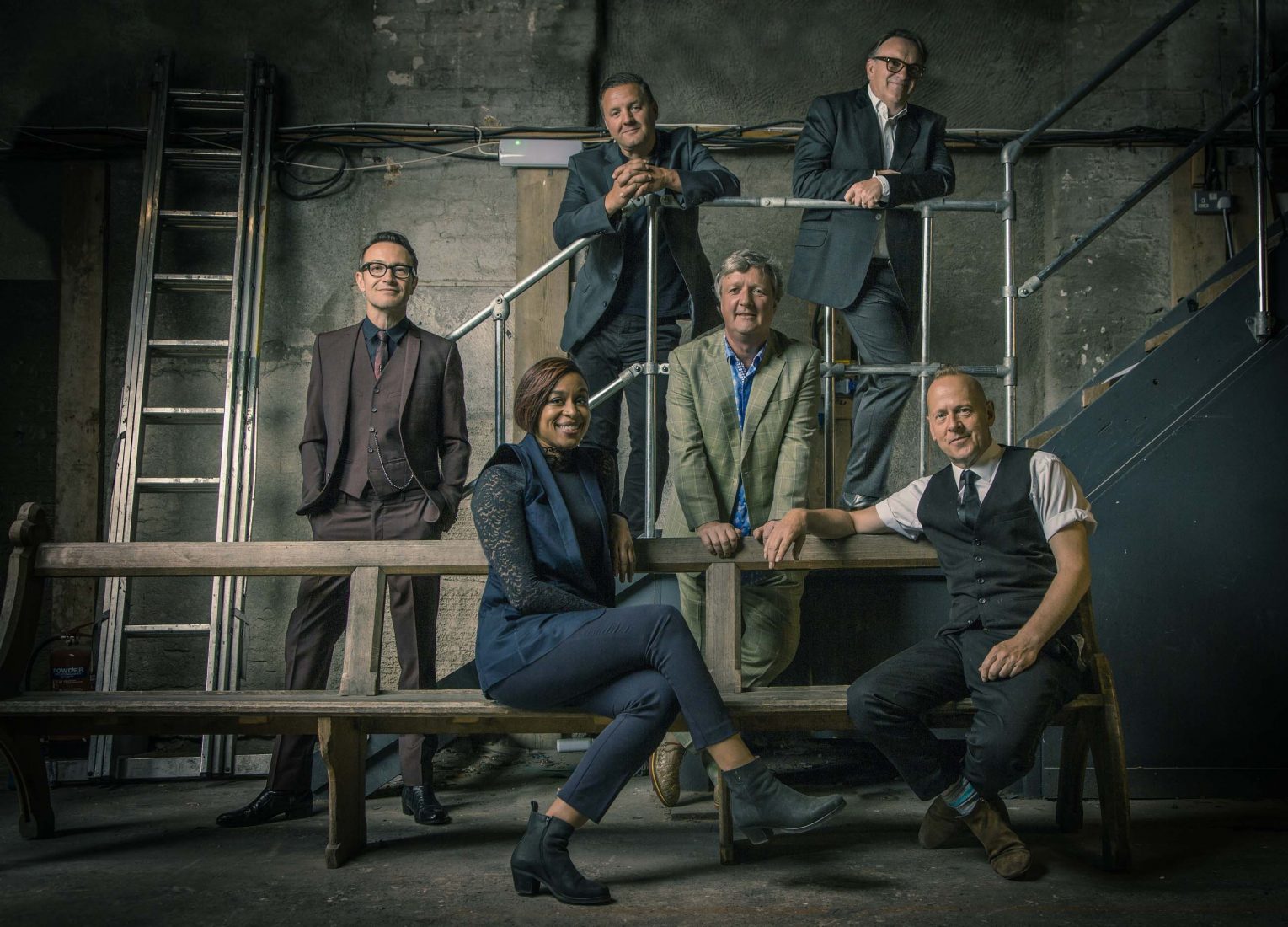 You might be tempted to write off the 1980’s as a decade of too much— too much hairspray, too much neon, and too much eye makeup, but if you did you’d be dead wrong. And that was proven by one of this summer’s hottest tickets, the “Squeeze Songbook 2019” tour.

Squeeze frontmen and songwriters Glen Tillbrook and Chris Difford were called the “Lennon and McCartney of their generation” by Rolling Stone. Hits like Pulling Mussels from a Shell, Hour Glass, Black Coffee in Bed, Cool for Cats, and Tempted are a testament to the band’s talent and staying power, as was the audience at the sold out Pier 17 show. Their voices are strong—the unmistakable Squeeze sound provided by Tillbrook’s earnest, vulnerable, bluesy top line, and Chris Difford’s sexy, throaty alto and keen sense of irony. Their harmonies are as sharp as ever, and listening to them feels as fresh and exciting as it did in the early 80s. The Squeeze lineup, notoriously, changed a lot over the years, but this tour includes Simon Hanson, Stephen Large, and newest addition, Yolanda Charles on bass.

Squeeze released their first single, Take Me I’m Yours, in 1978, and were at the forefront of what came to be known as the “Second British Invasion.” Their popularity grew with albums like the self-titled Squeeze, followed by Cool for Cats, Argy Bargy, East Side Story, and Sweets from a Stranger. After splitting for a couple of years, they reunited in 1985 and released Cosi Fan Tutti Frutti, and since then have consistently continued to release new music. The band has 15 studio albums, 14 compilations, 4 live albums, and 48 singles. This tour includes some of the bands most well-known hits, as well as some rare gems.

Squeeze is currently touring the UK, and heading to New Zealand in the early part of 2020.