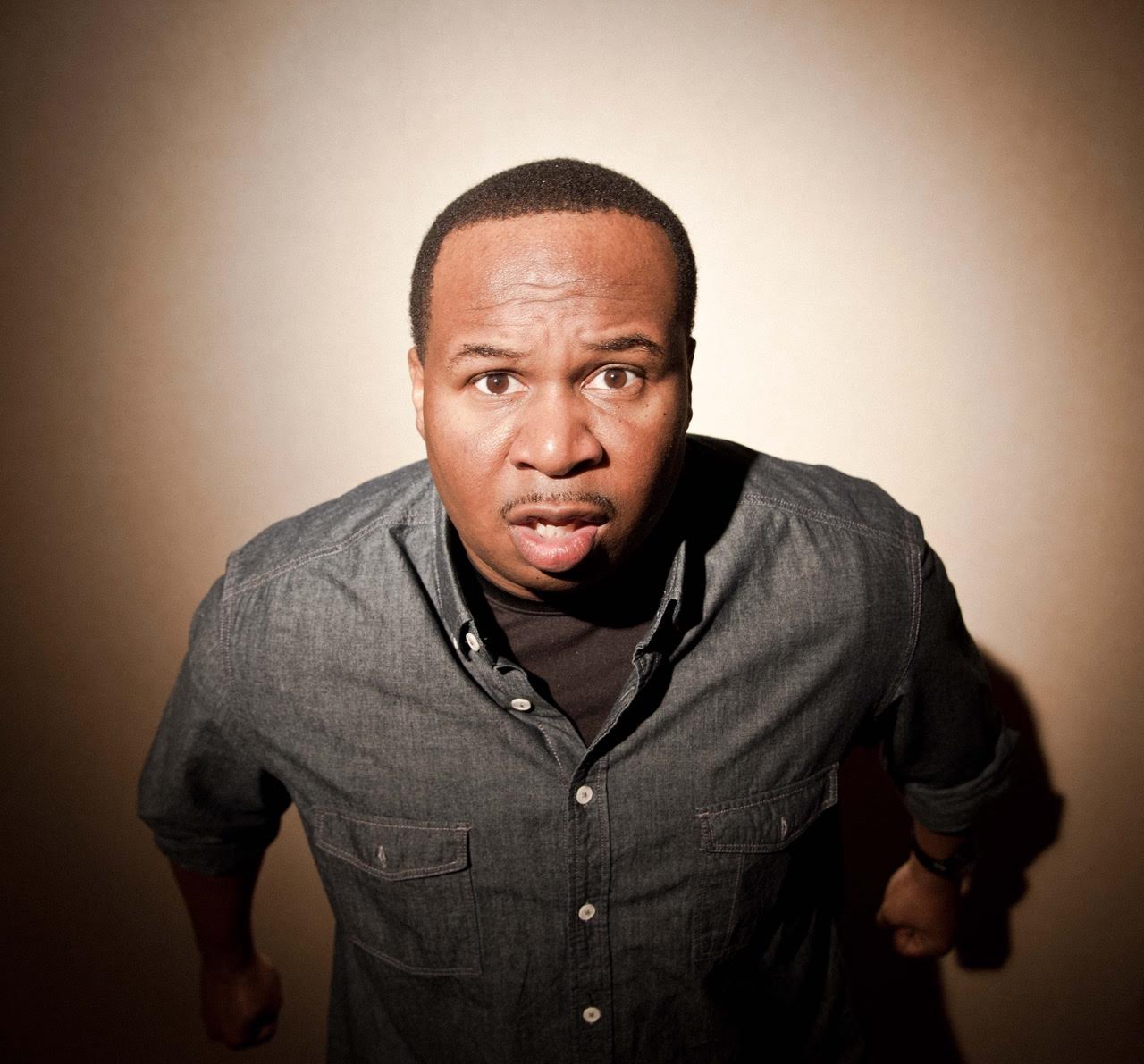 These days, as a correspondent on The Daily Show With Trevor Noah, comedian Roy Wood Jr. is best known for his work on television. However, Roy had worked extensively within other media before joining The Daily Show last year. Within the radio world, he got his start as a reporter for Hot 105.7 while attending Florida A&M University. Ultimately Roy worked his way up to producer and head writer for the Buckwilde Morning Show in his native Alabama before becoming host of The Roy Wood Jr. Morning Show for WBHJ-FM. While doing radio, Roy did stand-up, eventually getting onto NBC’s Last Comic Standing and making multiple appearances on Conan.

Now living in New York, Roy is juggling careers as an on-air personality, comedy writer, and a touring stand-up. On Nov. 12 and 13, he will performing at Gotham Comedy Club alongside Ophira Eisenberg and Rich Francese. Tickets can be purchased online for all four of those shows at www.gothamcomedyclub.com.

Downtown caught up with Roy for some Q&A about his past, present and future. Roy can be visited online at www.roywoodjr.com and followed on Twitter via @RoyWoodJr.

I first learned about you from Sullivan & Son, which was one of TBS’ first forays into the sit-com world. Was that prompted you to move to Los Angeles?

Roy Wood Jr.: The Daily Show is the main reason I moved, but I was considering a move to New York City if for nothing more than to be able to do comedy in a better market. When TBS cancelled us, my first thought was to if nothing else, get better at comedy. I really wanted to tighten up my stand-up game and hopefully start shopping myself around for a one-hour special.

Nowadays, you’re based in New York City. What do you enjoy most about living in New York?

RWJ: I love the sounds. There was a concrete saw going outside my apartment at 2:00 AM. TWO IN THE MORNING and a man is cutting cement. Sounds so weird, you forget to get mad.

You’re originally from Birmingham, where I’d argue that most New Yorkers have never traveled to. What does Birmingham have to offer that New York City doesn’t?

RWJ: Birmingham offers politeness from strangers. That term “Southern Hospitality” is indeed a real thing. I don’t get back to Birmingham as often as I’d like to, so even now the politeness of the south throws me off. New York turns you into a type of person that you automatically process a person speaking to you as either a death threat, or a request for money. Both are met with an ice cold grill. Whereas down south, if someone speaks, there’s a legitimate amount of warmth behind it.

Also, the mac & cheese is better there. Every where in New York is determined to ruin mac & cheese with bread crumbs and truffle oil.

Prior to being on television, you were a prolific prank phone caller. Did The Jerky Boys play into your upbringing?

RWJ: The Jerky Boys are the king of prank calls. PERIOD. The funny thing is that I didn’t want to do prank calls when I first got into morning radio because I didn’t feel like I’d be good at them and I wanted to do more sketches and parody songs. Thankfully I was good at them and they helped me in ways I never imagined. Before The Daily Show, there were just as many people who knew me from my prank calls as did from my television appearances.

You also successfully worked in radio before making it onto television. Is there anything you miss from your days in radio?

RWJ: I miss all of my friends from Birmingham and the listeners. There’s something special about radio that makes it become a family. Radio is far more interactive than television. You’re out in the streets constantly meeting the listeners, you’re taking calls, etc. Television by nature requires you to be a little more distant from the people that consume your product so it’s a little less social of a medium.

A lot of people have discovered you as a result of The Daily Show. What is the most challenging part of being on that show?

RWJ: The hardest part of The Daily Show is making sure that my take is original. You can often have a funny thought or perspective on something, only to check it on Twitter and see that other people are saying the exact same thing. It forces you to be a better writer and look at current events from a different perspective. Also, there are more shows out there doing something similar to what we do so it’s important to have a perspective that’s unique.

How does your stand-up compare to what people hear from you on The Daily Show?

RWJ: My comedy is a much more “caffeinated” on stage. But for the most part on The Daily Show, the writers do a great job of capturing my energy and what I feel about certain issues. The biggest difference is that on-stage I’m yapping about a lot of stuff that doesn’t really matter. On TV I take that same energy and try to apply it to issues that actually matter to this world.

It’s been five years since you were on Last Comic Standing, and you’re arguably one of the most successful people to come from the show. Looking back, is there anything that you would have done differently while on the show?

RWJ: I would’ve enjoyed it more. I spent way too much time preparing every week instead of enjoying my friends that I was performing with. One week before rehearsals I spent four hours in the mall trying to find the “perfect” outfit to wear. I’ve probably done way too much of that in my career, to be honest. But I think that’s just the way us comedians are wired. The jokes are the jokes.

The late Mike DeStefano was one of the finalists as well. He spent the days before taping riding a motorcycle in the California hills. I think having a clear mind before doing anything substantial is important and that’s a lesson I’ve never forgotten. The good thing about that show is that I learned how to do comedy in a quick and concise way that would help me for years to come doing numerous sets on Conan.

Altogether, do you have a professional accomplishment that you’re most proud of?

RWJ: The first time I got paid to do comedy was in 1999. I was paid $4. Those four dollars are framed on my wall. It was the first time I felt like I belonged. Like I could actually do this for a living. I’ll never forget that night. Or the seven people who came to the show and made me right. (laughs)

RWJ: I have little free time, but what I do have left I spend with my son, or playing video games, or doing puzzles.