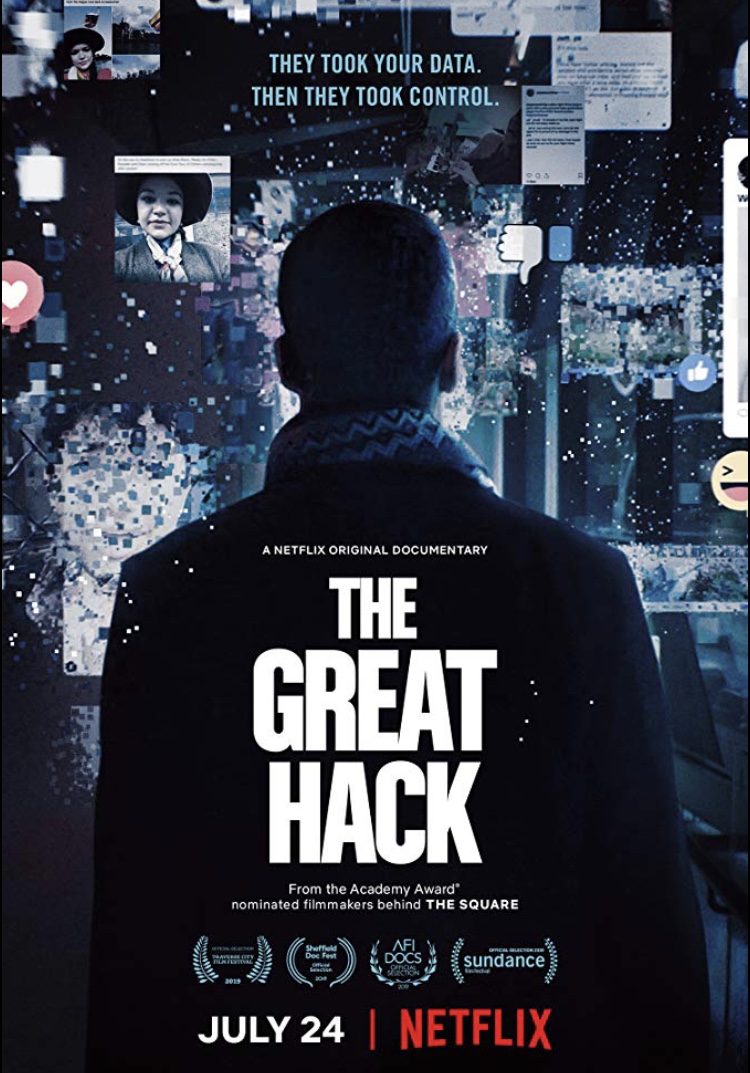 A cloud of unease has surrounded social media for as long as it has existed. An AOL screenname could hide all kinds of nefarious characters. Anyone can look at your myspace. Pictures posted to Instagram could be used to disqualify you if you run for president (or is that one just me? My mother thought very highly of me when I was a teen.).

Social media paranoia came to a head in 2016 when news broke that a data collection firm called Cambridge Analytica may have used information gathered from Facebook to influence major election campaigns, including the 2016 US presidential election.

The Great Hack tells the story of the investigation into the UK-based company, following crucial figures and whistleblowers in real-time as the story unfolds. In a story equal parts unnervingly personal and deeply abstract, filmmakers Karim Amer and Jehane Noujaim keep the story grounded in the personal and professional struggles of those who took part in the search for truth.

The film primarily followed the stories of David Carroll, a professor who was suing CA for the rights to his data; Carole Catswallldr, a journalist with The Guardian who was investigating CA; and Brittany Kaiser, a former CA executive turned whistleblower. The intertwining stories unraveled the mystery behind the military-contractors-turned-election-consultants and their roles in electing Donald Trump and the vote for Britain to leave the European Union.

The film is part of the Rooftop Films summer series. Rooftop Films airs independent films like The Great Hack on rooftops across New York and gives the audience a chance to hear from the filmmakers. Kaiser joined Amer and Noujaim in an interview/Q&A after the film. The three explained how the film had come together (a 5-year journey) and how the couple–Amer and Noujaim are married–had first reached out to Kaiser (personal introductions, facebook messages, and a last-minute flight to Thailand).

Kaiser spoke to the crowd about data rights and “psychographics,” or the use of data to predict behavior. She founded the Digital Asset Trade Association, which advocates for the expanded use of distributed ledger technology.

The Great Hack is a Netflix original which will be available for streaming July 24th. For more information on data and improving your DQ (Data Intelligence), Kaiser recommends visiting digitalasset.org and designgood.tech.

To purchase tickets for the next Rooftop Films showing or to become a member, check out their website here.