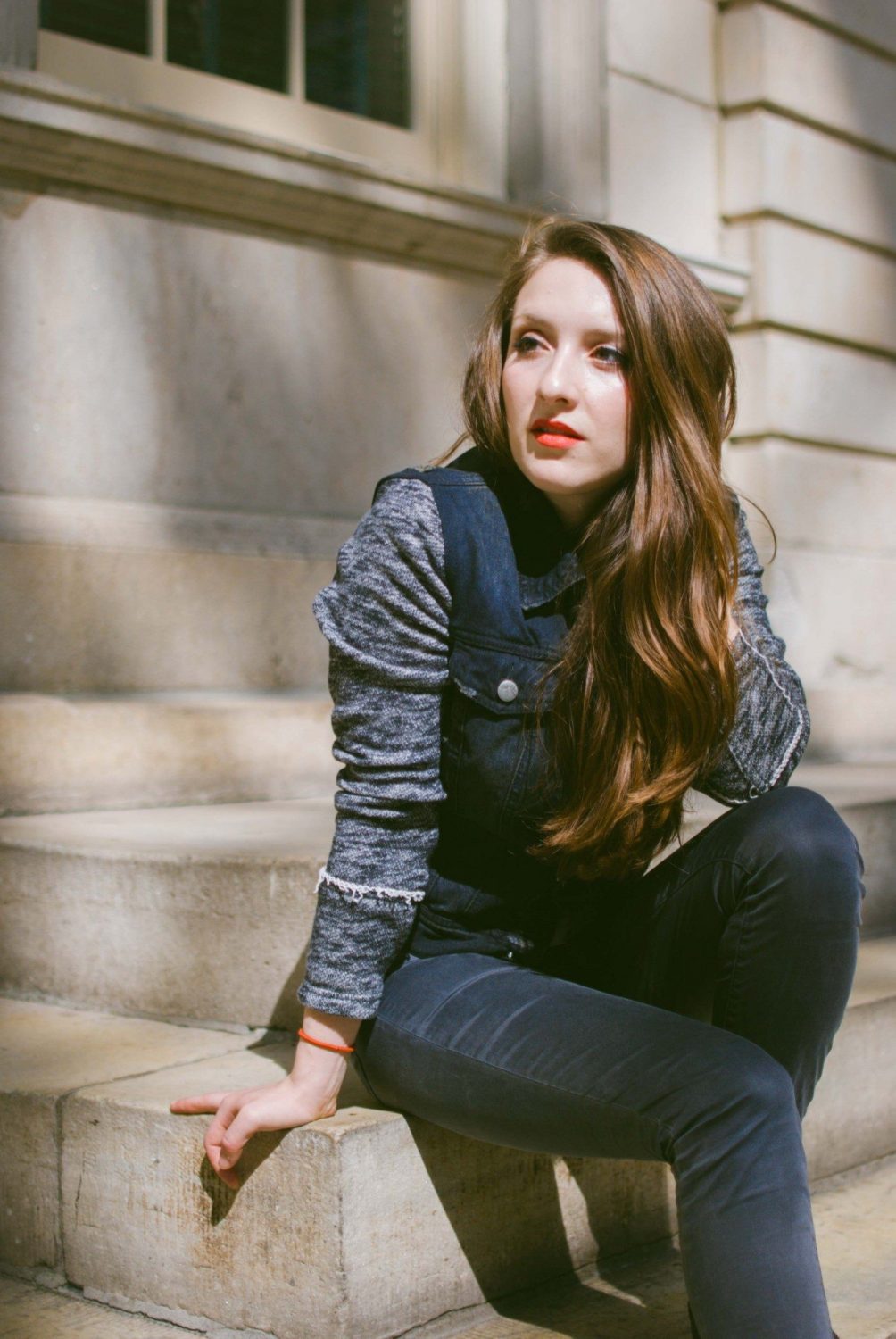 Roan Yellowthorn debuted earlier this year with a self-titled EP. Recorded in Upstate New York at Nada Recording Studio, the EP was a collaboration with husband Shawn Strack. While the music falls somewhere between the folk, Americana and indie singer/songwriter genres, the lyrics of Roan Yellowthorn are the focal point, as rooted in poetry. Interestingly, the same can be said about Roan’s father — legendary singer/songwriter Don McLean of “American Pie” and “Vincent” fame — although Roan is entirely her own artist on all ends.

Although a regular at Rockwood Music Hall, Roan chose to exclusively share a live performance of hers from City Winery with Downtown. Roan/Jackie can be followed on Facebook and Twitter, beyond www.roanyellowthorn.com.

Where did the name Roan Yellowthorn come from?

Roan Yellowthorn: I thought of it on the train one day and it just felt right. I am kind of a pantheist and I really revere nature, so I wanted to create a name that would reflect that.

I saw a video of you performing online from 2011 in which you covering Patsy Cline, but your first EP came out this year. At what point did you decide to fully pursue a career as an artist?

RY: Music has been my most consistent passion, but sometimes the more you want something, the more out of reach it seems. It’s been a gradual process, and I’m grateful to be where I am. It just makes me feel so good to write songs and sing.

When you decided to pursue your career as a musician, as the writer of one of the best known and most performed songs of all time, how did your father react?

RN: I didn’t really tell him explicitly. It doesn’t come naturally for me to talk about that kind of stuff because it feels so personal. But I don’t think it was a surprise. My dad has always wanted me to do what makes me happy, so I think he’s glad I’m doing something I love.

Did you go on the road a lot as you were growing up? Or were you shielded from the industry?

RN: I was pretty sheltered, growing up. I didn’t go on the road or anything like that.

What was the first concert you attended as a fan?

RN: “Weird Al” [Yankovic]. I definitely had a crush on him.

What do you recall about the first gig that you ever played in New York City?

RN: It was amazing! I was so nervous. But as soon as we got there, the feeling in the room was just so phenomenally-positive and loving that I was able to relax and enjoy it. It was a wonderful night. It gave me a lot of confidence, that’s for sure.

You play a lot of shows in Manhattan, but are based in Upstate New York. What do you like about living up there as opposed to being an hour or two south in the city?

RN: I love visiting the city. My partner Shawn and I go there all the time to play shows and things like that and it’s a good drive, but we’re obsessed with audiobooks so it’s always fun. Right now we are so into Robert Galbraith (J.K. Rowling). The books in that series are amazing. I like to have quiet and space, and upstate New York is all of that. The natural beauty is a tonic for the soul. It’s very restorative and so, as much as I love the excitement of the city, I love coming home.

Beyond your upcoming gigs, what’s coming up for your career-wise?

RN: In the Fall we’ll be starting a college tour. I’m putting it together right now and we’re really looking forward to it. It’s hard to say what’s going to happen next, because everything seems to lead naturally to something else. I’ll just keep putting in the work and see where it goes. I’m enjoying the now, though. The now is what counts.

When you’re not busy with your music, how do you like to spend your free time?

RN: We’re starting a big garden and I love working outside on that with Shawn. I really like being lazy though, to be honest. I like sitting on a blanket outside with a magazine. I like reading the New York Times and the tabloids. I like drawing. I like to cook and make up different recipes. And I really love eating. Also watching reality TV. Preferably at the same time.

RN: I don’t listen to a whole lot of new music. I kind of have a handful of artists that I just listen to over and over. But I really like Kurt Vile’s new album, b’lieve i’m goin down, and I’m really excited about Angel Olsen’s now album coming out. I really look up to her. Also Grimes’ new stuff. She is maybe my favorite artist ever.

Does anyone in your private life ever call you Roan Yellowthorn?

RN: A few people, mostly not seriously, but it thrills me every time. It’s my true name.

Finally, Jackie, any last words for the kids?