Review: In The Shadow of the Towers: Stuyvesant High on 9/11 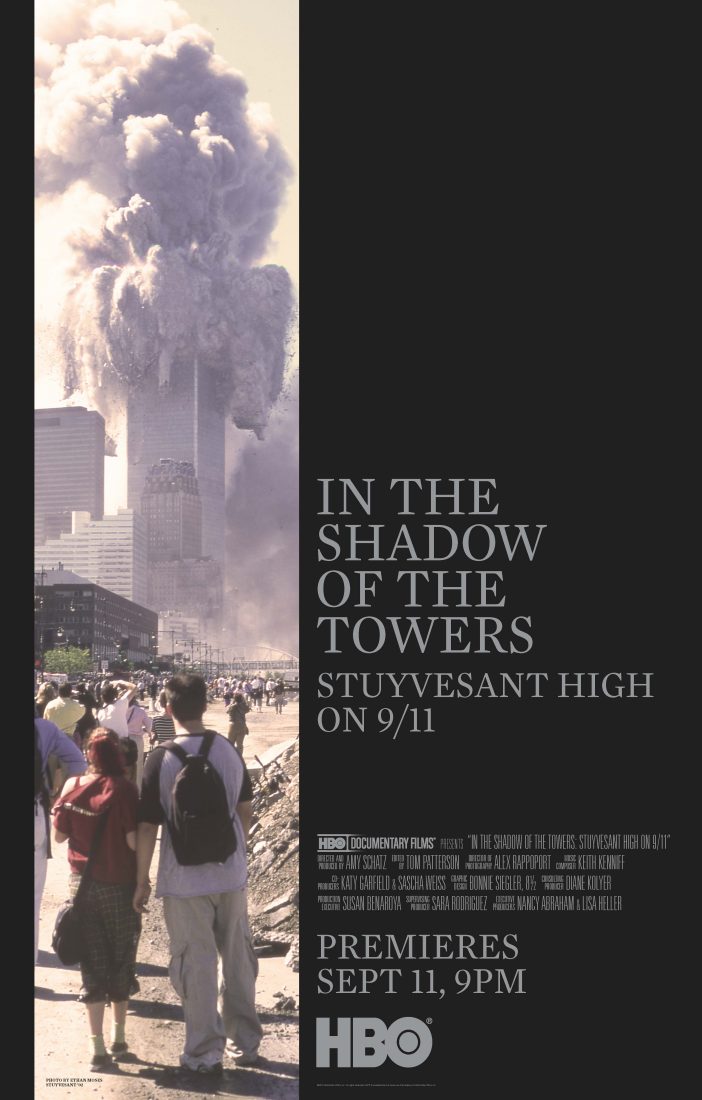 I was ten years old on September 11th, 2001. It was a big day of firsts for me. It was, for example, the first time that I experienced a feeling of unreality surrounding an unbelievable moment. I was, however, very young and 130 miles away, watching the collapse of the towers on television at a family friend’s house after my Jewish elementary school evacuated in the hour after the first attack.

“In the Shadow of the Towers” focuses on the experiences of students at Stuyvesant High School, a commuter school only a few blocks away from the twin towers. Through interviews, pictures, and videos, they retrace that day from the perspective of children close enough to see the planes hit the twin towers from the windows of their classrooms, and the reflections of those students who have long-since grown up.

The documentary, which is only half-an-hour long, doesn’t expand much past that day. It spends a few minutes in the end on reflection, from the bigotry experienced by some of the students of color–many of whom were the children of immigrants–to the ways they memorialize that day. The film feels almost understated in a post-9/11 world saturated with portrayals, documentaries, and commentaries. That focus aids the narrative. It knows you know the story, so it skips the broad strokes. Instead, it offers intimate recollections and personal disclosures of how that day changed the interviewees, and the ways they saw their world change in its wake.

It is likely not a mistake that many interviewees for “In The Shadow” were the children of immigrants. The film isn’t afraid to contrast the emotional impact of the 9/11 tragedy on these students with the otherizing they experienced after the fact. Two of the men recall a man shouting anti-muslim slurs at a classmate as they fled the destruction. She was wearing a hijab, and the man shouted at her to “go back where she came from.” One of those two men became a rapper, and the documentary ends on one of his songs. The lyrics recount the experience of his middle-eastern family shopping for American flags after 9/11, both out of patriotism and the desire to show that they belong. It’s a sentiment echoed by other interviewees, all of whom make a call for unity and an end to post-9-11 racial paranoia.

The story of “In the Shadow of the Towers” is one of vivid recollection and resiliency. It’s the story of the last, youngest, people to clearly remember the pre-9/11 United States. These teens were as much at the epicenter culturally as they were physically– I’m sure some of their classmates signed up for the subsequent war in Afghanistan. “In the Shadow” is a perfect vehicle to share their experiences. It is an important watch for those able to reflect on such things as the 17th anniversary approaches.

In the Shadow of the Towers: Stuyvesant High on 9/11 will air on HBO tomorrow, Wednesday September 11th, at 9:00 pm Eastern Time. The film will be available on HBO NOW, HBO GO, HBO On Demand and partners’ streaming platforms.