Vanishing Life to play Studio at Webster Hall on Nov. 13 in support of new “Surveillance” album 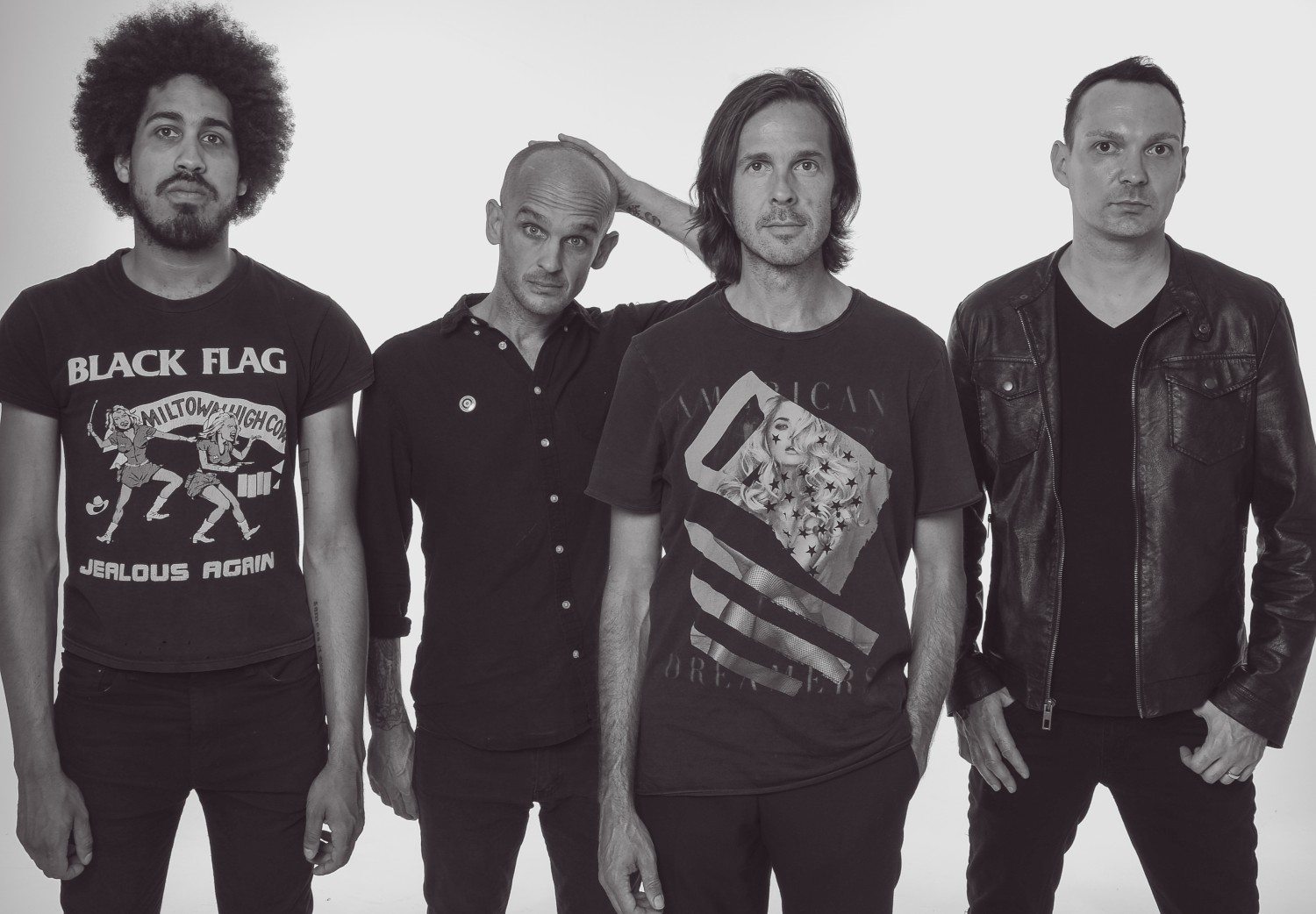 Vanishing Life is a new band, but its members are hardly new to music or to playing out in New York City. Walter Schreifels has been involved with a lot of influential New York City bands over the past 30-something years, including Rival Schools, Quicksand, Gorilla Biscuits, Youth Of Today, CIV and Walking Concert; he is also a co-owner of Some Records. Autry Fulbright is a member of …And You Will Know Us By The Trail Of Dead. Jamie Miller plays alongside Autry in …Trail Of Dead, besides drumming in Bad Religion and being the guitarist and co-founder of theSTART. Zach Blair, meanwhile, plays in Rise Against.

Surveillance, the debut full-length album from Vanishing Life, will be released through Dine Alone Records on Nov. 11. In support of Surveillance, Vanishing Life will be hitting the road for a week and a half of touring, including a Nov. 13 stop at The Studio at Webster Hall. Downtown caught up with Walter, Autry and Zach for some Q&A, and in the process got some great restaurant picks.

I’ve heard that Walter lives in Germany, I know some of you live in Los Angeles although you’re frequently on tour with your other bands. How many times have all four of you been in the same room?

Zach Blair: Actually, quite a lot considering. We’ve all been really excited to do this and made time for it — although I won’t be taking part in the November tour, dangit.

Walter Schreifels: I lived in Berlin for a few years, I love that city and still have tons of friends there. I kept my apartment there and go back for summers, sublet otherwise. I’m living in Williamsburg, Brooklyn — hipster capital, gentrification ground zero of New York City. Still has a vibe though, lots of great people here, tons of new venues too, lots popping off in Bushwick, Brooklyn too, just a few stops away. We have been in the same room at least 15 to 20 times, maybe more. Each time is very productive and significant, quality over quantity, VERY modern.

Prior to this album being made, had you played with any of the other Vanishing Life members on another project?

Autry Fulbright: Jamie and I have played together ever since he joined …Trail Of Dead nearly six years ago, and have worked on music outside of the band often. I made a short film several years ago following a Trail Of Dead tour with Rival Schools, one of Walter’s bands. I asked him to star in the film and our collaborative relationship began. Touring with Trail was collaborative as we shared the same bus, which is a real world situation, you become family quick. Being in Autry’s movie was a blast, showed me what a creative and prolific artist he is. I like to be around people like that, brings the best out of me.

WS: I’ve been seeing Zack around for years, all over the world. He’s famously nice and a great guitar player, having him join the band was a no-brainer, I looked forward to getting know him better, we got closer fast.

ZB: Nope, and I was so flattered that they asked!

ZB: CBGB! It was 1995 and I was with my band Hagfish, it was a surreal experience. It was pre-Giuliani and it was amazing!

WS: Mine was CBGB, too! Gorilla Biscuits opened for JFA in ’86. I could barely sleep the night before

When playing at Webster Hall, what’s to be expected? Any songs from your other projects besides Vanishing Life?

WS: We’ll most likely do the album, the album is really strong in my view but is meant to be played live, very psyched to let it rip. Vanishing Life is its own free-standing structure it doesn’t need the support of our past resumes. I think people will figure that out soon enough, which might sound cocky. but just a subjective opinion.

AF: New York has too many amazing restaurants but among them I am fond of Diner and Marlow & Sons in Williamsburg, where I actually used to work in another life. Great French and New American-style food

WS: My fave for Italian is Adelina’s in Greenpoint, lot of vegan options and amazing wine curation, affordable. My favorite Japanese is Skyway in Bushwick, okonomiyaki done authentic Osaka-style – not a sushi spot, love it.

WS: We’ll be touring in Europe in February on Together Fest with American Nightmare, The Bronx, Trash Talk and I’ll be doing double duty with Youth Of Today, gonna be sick. We’re also looking for more touring in 2017 in the U.S. once we can sync our schedules up.

WS: I want to be spending my non-touring time with my family, I’m married with an eight-year old daughter, the only activity I find more interesting then music is spending time with them.

ZB: Normal junk. Wife, dog, house. I still play a lot of guitar, though. Actually, I’m never not busy with music, which is a good thing.

AF: I really don’t have any free time as I work for a music managing company when I’m not playing music, handling tour logistics for artists like Flying Lotus and Thundercat.

WS: Don’t worry about staying in school so much, it’s overrated, overpriced and you’re actually being just indoctrinated most of the time. Educate yourself, believe in yourself, do what you say you’re gonna do, build trust, take care of your friends, your family, don’t believe the hype.