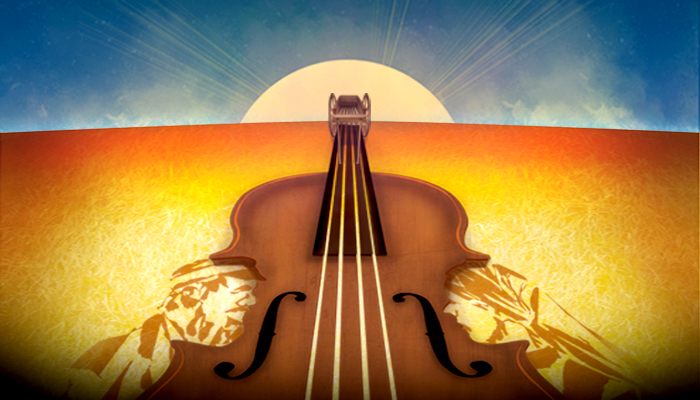 Recently nominated for a 2018 Drama Desk Award for Outstanding Musical Revival (Amerike-The Golden Land),  the National Yiddish Theatre Folksbiene just announced its casting for the American premiere of the Yiddish language Fiddler on the Roof.

Helmed by Academy Award and Tony Award winner Joel Grey, and accompanied by English and Russian translation supertitles, this highly-anticipated 8-week limited engagement (from July 4th through August 26th) is set to play Off-Broadway at the Museum of Jewish Heritage.

Stepping respectively into the iconic roles of Yente, Tevye, and Golde are comedian and two-time Emmy Award nominee Jackie Hoffman (Charlie And the Chocolate Factory, The Addams Family, Hairspray), and Broadway veterans Steven Skybell (Fiddler On The Roof, Wicked, The Full Monty), and Jill Abramovitz (Fiddler On The Roof, Cinderella, 9 to 5).

“This is a historic moment for the National Yiddish Theatre Folksbiene,” said Folksbiene’s Chief Executive Officer and two-time Tony Award-nominated producer Christopher Massimine. “With the completion of the casting and commencement of rehearsals, we begin to visibly breathe

life into this vibrant Yiddish translation that has not graced the stage in over 50 years. This American Premiere of the world’s most-recognized Jewish musical has found its way home—and its messages of survival and hope are as timely and resonant as ever.”

“The Yiddish translation of Fiddler On The Roof was artfully constructed by noted Israeli actor/director Shraga Friedman in 1965, and supports the brilliance of Sheldon Harnick /Jerry Bock and Joseph Stein’s musical, while deepening the connection of the work to Sholem Aleichem’s original Tevye the Dairyman stories,” said NYTF Artistic Director Zalmen Mlotek.

He added, “Friedman, a native Yiddish speaker, was born in Warsaw and escaped the 2nd World War with his family, making their way to Tel Aviv in 1941. Well acquainted with Sholem Aleichem’s works, Friedman crafted his translation to infuse Fiddler with literary references from the original Tevye the Dairyman stories.”

Fiddler on The Roof preview tickets starts at $52 and performance tickets at $58. For tickets, visit www.NYTF.org or call 866-811-4111. For group sales and memberships, call 212-213-2120 Ext. 204. The show will be presented in Yiddish with English and Russian supertitles. The VIP Official Opening Gala Performance is scheduled for July 16th, when Folksbiene will honor its longstanding Chair of the Board, Jeffrey S. Wiesenfeld.