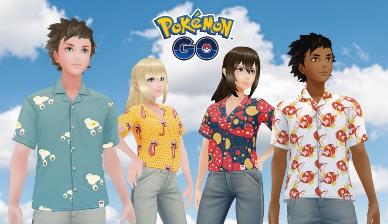 The Pokémon Company recently launched a partnership with Original Stitch and unveiled 151 shirt designs corresponding with the original 151 Pokemon from Generation 1. Whether you started your Pokémon Journey with Bulbasaur, Squirtle, Charmander or Pikachu, they’ve got a perfectly designed pattern to match your Pokemon partner’s style. You can even mix and match designs to your liking!

On October 5th and 6th at 93 Mercer St., New York’s Pokémon-loving community had the opportunity to visit a Pop-Up Showroom and try on some of the incredibly nostalgic designs. After the major success of the Pop-Up, the shirts became available for order across the U.S. through Orignal Stitch’s easy-to-use online platform.

For anyone who is unfamiliar with Pokémon, the classic brand originated in Japan in 1996 and has remained beloved by children and adults alike over the last two decades. Pokémon consists of an animated television series, popular video games, trading cards, plushes and more! Their recent partnership with Original Stitch is allowing fans a new way to express their love for Pokémon.

Alongside the announcement of their partnership and the release of Pokémon Shirts in North America, Snorlax-, Lickitung-, Vileplume- and Magikarp-patterned shirts became available in the Pokémon Go Style Shop on October 4th. Pokémon Go is a popular phone application in both the Google Play and App Store that allows trainers to catch their favorite Pokémon in the real world. Since its launch in 2016, the game has added a competitive battle system, trading system and a lot of amazing Pokémon to power up and collect!

Whether you’ve been playing Pokémon since the original games or just recently fell in love with the franchise’s famous mascot Pikachu, you’re bound to be able to customize a shirt that matches your own unique style.